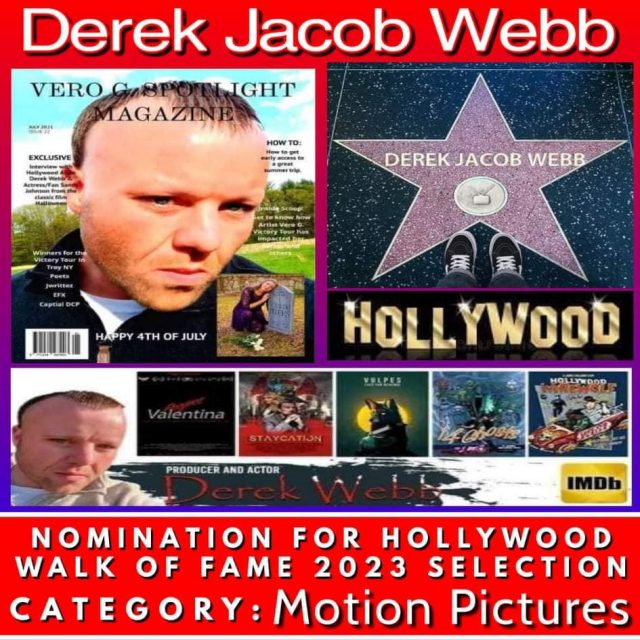 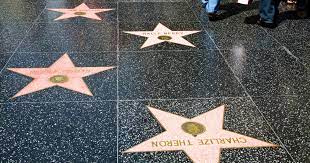 Webb who’s best known for his Hollywood hit featured film roles in titles such as Hollywood Werewolf with Andy Dick, 14 ghost, Staycation starring Kelli Maroney, Vulpes starring alongside Hollywood icon Sandy Johnson also known for being the cover man for Spotlight Entertainment magazine & soon will be on the cover of Hollywood Weekly Magazine says he’s is very honored thrilled to be receiving a nomination of this great historic size & magnitude.  “It’s an honor, a privilege, with much more passion & integrity I have & will be accepting the nomination for a star on Hollywood’s legendary Hollywood Walk of Fame. It’s an honor to be getting nominated for such an iconic historical award Hollywood achievement. I am very much looking forward to this exciting experience & excitement this announcement is going to be given to my major audiences, fan base, supporters & more but more importantly, it’s such an emotional iconic moment to have my name edged into the nomination process & to be selected to be nominated for one of Hollywood entertainment industries biggest industry awards is a major hard-earned achievement. I’m very honored and proud to be nominated for such a beautiful award for such amazing, phenomenal dedication and hard work, not only from myself but also from all my fans, viewers, and audiences,” said Webb.  He has also confirmed he has spoken with the Hollywood Chamber of Commerce & the Hollywood Walk of Fame Chamber of Commerce Committee who has informed him of how their nominee and/or nomination process works. 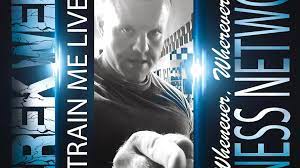 “What a phenomenal opportunity to have my name amongst amazing, iconic, and legendary artists such as David Bowie, Michael Jackson, and many other greats. It’s a true honor for me and my team,” he added. If not selected, Webb says he is very grateful and thankful for being nominated and the thought that I was at least nominated even if not chosen speaks volumes for all I have done & accomplished in my career look forward to many other great iconic legendary endeavors to come.”