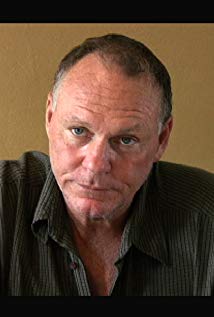 Hollywood, Florida (The Hollywood Times) 1/13/20 – Actor, Antoni Corone, who portrayed his character “Scary Gary” in the Emmy Award Winning “Escape at Dannemora” a Ben Steeler mini TV series on Showtime in 2018. And then in 2019 portrayed a mobster in WuTang “An American Saga” has been cast in not just one, but three upcoming “2020” major “crime and drama” TV Series being directed by Kevin C. Kellum of Ascendent Studios. Corone has also been cast in several roles including “For Life” as Commissioner Morrisey, “Harmless” as Sgt. McGovern, Spec., “The Rouge” as Agent Tony Savante, and “The Threading” as Commissioner Patrick Sholtz all in pre-production in New York City.

Corone known for his bad boy persona in many of his characters portrayed on screen has signed on with Ascendant Studios through his publicist & talent agent Sharon Mathews. Corone has been cast for main characters in “Vice Squad: Miami”, “Tainted Shield: Los Angeles”, and “The D. O. C.” as Captain Carey, based on a true story  written by author Robyn K. Miller presently in pre-production in upstate New York.

Corone will be playing “Captain Carey” in The D.O.C along with Hollywood actors Erik J. Jensen known for “Escape at Dannemora” and Richard Pryor Jr. known for “The Color Purple” the son of late funny man himself actor and comedian the late “Richard Pryor”.
The D.O.C. TV series is about a dark and captivating prison drama about a female combat veteran, who, after the body of her sister is found in a prison dumpster, decides to risk it all and go undercover as a correctional officer.filming to begin in Upstate New York in (2020). When asking Corone how did he feel about his numerous upcoming roles that will be filmed in L.A, New York and Miami. He said I feel blessed, 2020 will be my best year!
Corone is presently filming “Silent Partners” while co-starring with award winning actor Nick Vallelonga and many other established artist. Filming begins this week in Fort Lauderdale. Set in 1980’s Silent Partners is based on true events and tells the unbelievable story of Gambino Captain “Fat Dave” Iacovetti and stars Pastore as Dave Iacovetti and Joseph Donofrio (A Bronx Tale) as Dave Jr., Nick Vallelonga (Green Book), Saul Stein (The Deuce), Ronnie Marmo (General Hospital), James Russo (Django Unchained, Donnie Brasco), Mike Marino (Comedian: make America Italian Again), London Grace and Barry Jay Minoff (Death House) and co-creator of Silent Partners round out the ensemble cast. A Ciro Dpagio Production known for the online TV series “The MobKing” and “Brass Knuckles”.also written and directed by Antoni Corone and Emmy Award Winning Jorge “Jokes” Yanes known for “TOYed”.

Corone and the cast of “Brass Knuckles” will be in New York City’s “Time Square”, January 17th thru January 19th just in time for the opening day for Hell’s Kitchen Film Festival 2020 at the Producers Lounge and Theater featuring his Award winning “Brass Knuckles”, a short film written and directed by Antoni Corone as well as starred in. Brass Knuckles where Two brothers..Different worlds. Sometimes the truth lies. The event is open to the general public. For tickets go to https://hellskitchennycfestival.com/