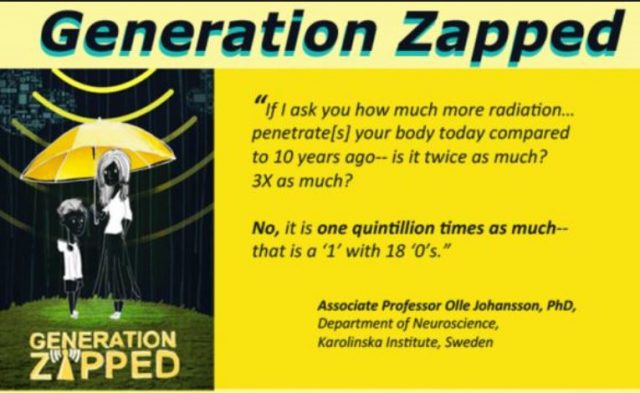 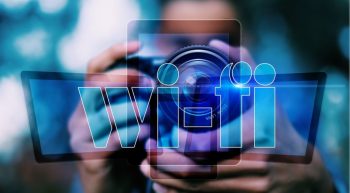 Los Angeles – Today, a group of hollywood actors and producers along with advocacy organizations and artists sent a letter to the heads of the FCC, DHHS and Department of Education asking for a federal warning about exposure to wireless radiation from wifi just like the city of Berkeley’s Right To Know Ordinance for cell phones as well as federal public health fact sheets about ways to reduce exposure to wireless radiation, particularly for children in schools. The letter was written by Sabine El Gemayel, producer of the film GENERATION ZAPPED.

You can read the letter and full list of signers here: https://generationzapped.com/wp-content/uploads/2018/07/Wifi-Radiation-Letter.pdf

“Most people are addicted to wireless devices,” said letter author Sabine El Gemayel. “With the upcoming 5G Network and Internet of Things, it is urgent to implement measures to protect our citizens and the next generation now.”

The letter points out the facts that:

In September, more than 180 scientists and doctors from 35 countries recommended a moratorium on the roll-out of 5G, for telecommunication until potential hazards for human health and the environment have been fully investigated by scientists independent from industry. They argue that 5G will substantially increase exposure to radiofrequency electromagnetic fields (RF-EMF) on top of the 2G, 3G, 4G, and wifi for telecommunications already in place. Their letter goes on to say RF-EMF has been proven to be harmful for humans and the environment.

You can read that letter here: https://ehtrust.org/wp-content/uploads/Scientist-5G-appeal-2017.pdf

The award winning documentary GENERATION ZAPPED that discusses this topic was released on DVD this month on iTunes, Amazon, Google Play, Vimeo, Vudu, Xbox, and Steam. The film investigates the dangers of daily exposure to wireless technologies – including the devastating effects on our health from infertility to cancer – and suggests ways to reduce overexposure.

A petition was also started on Care2 here: https://www.thepetitionsite.com/takeaction/718/511/507/