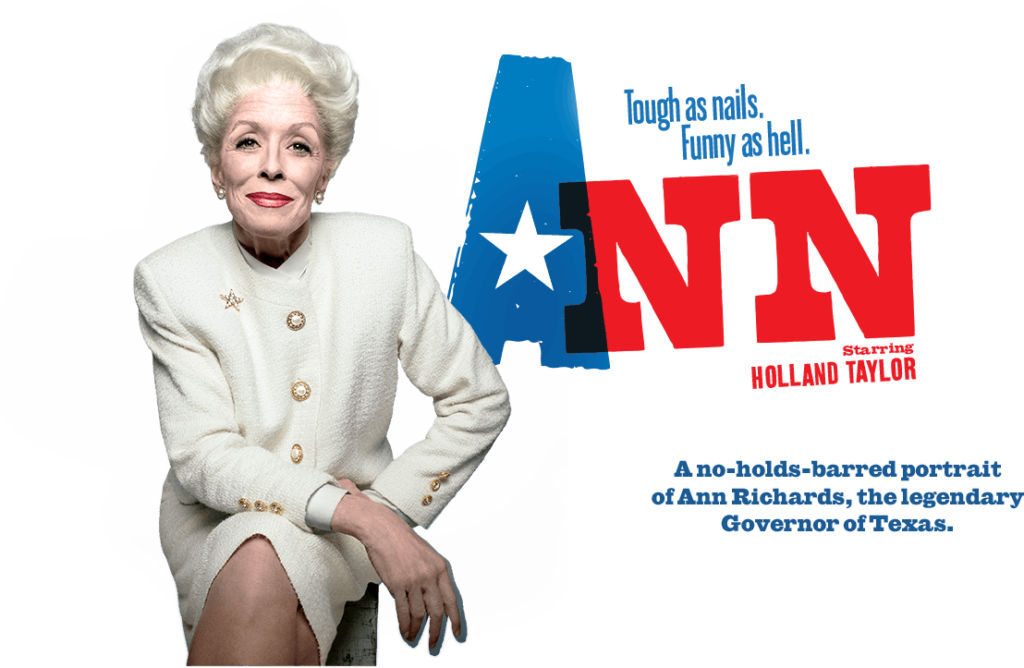 Los Angeles, CA (The Hollywood Times) 5/21/20 – The power house that is late Governor Ann Richards of central Texas is brought back to life in a time appropriate stage play starring Emmy award winning mega-star Holland Virginia Taylor. This play takes an earnest look at the life of Richards, and the many profound ways her quick political tongue captivated the nation during the late 80s to the mid 90s. Holland’s fresh depiction of former governor Richards has left critics speechless, eager, and ready for the plays debut.

Honestly, I cannot think of another seasoned actress that could give so much life to a role such as Ann Richards. From comedy to drama and suspense, she can do it all, and has done it all. What’s more, Holland sincerely prepared for this role in a way that not many actors would or could. She eloquently reveals, “I had met her once.  I had, actually, a private lunch with her and one other person, and I fell in love with her, but I was already in love with her from her persona in our culture because she had been around by then quite a while.  And I think that that knowledge of her is what really fueled my desire to write the play.  I felt she was a very valuable, necessary hero in our culture, and that’s why I wrote it.  And I researched it, deep immersion, for three years before I put pen to paper.” It takes true talent and honest respect for the craft to become as dedicated as Holland has to the PBS play.

Great admiration begets great love. However, great love typically begets great loss. Because Ann and Holland had gotten so close during production, when the famous governor did pass, it took a huge toll on the Two and a Half Men actress. Taylor heartfully discloses, “ I was so mournful when she died, and I realized as I experienced it that I thought this is a terrible loss for America as well as me.  I felt like a child.  I couldn’t accept it.  So after some months of that, I thought I have to do something creative.  And long story short, I realized I had to do a play about her because she was a live performer herself.  And then I thought, “I can’t pay somebody to research this and write this.  I have to research it anyway.  I’ve been in a billion plays.  I know what makes plays work.  I’m a handy writer.”  So I wrote it.”

Constituents seemed to almost respond hypnotically to Ann Richards words and grand declarations; she was fed up with the status quo, was not afraid to voice that, and the public praised her for it through her campaign and beyond. Holland explains, “She was always the life of any party.  And she was a convivial person who wanted to be amongst people.  In fact, she even said, “I feed off of people.  People give me energy.”  She said, “I just suck everything out of an audience and out of my friends.  I absorb them into my being.” Its no wonder that viewers cannot wait for this play’s debut; Americans have the decadent pleasure of reliving a great era for women in politics and beyond.

You can catch the beautifully mesmerizing portrayal of Ann Richards on PBS June 19th. So, for her, she comes alive with people and feels kind of morose by herself.  So speaking, she just flowered.  And when she became that enormous role of the governor and she was so loved in Texas because she did such good in Texas that she could say anything to anyone anywhere and it was charm itself. “