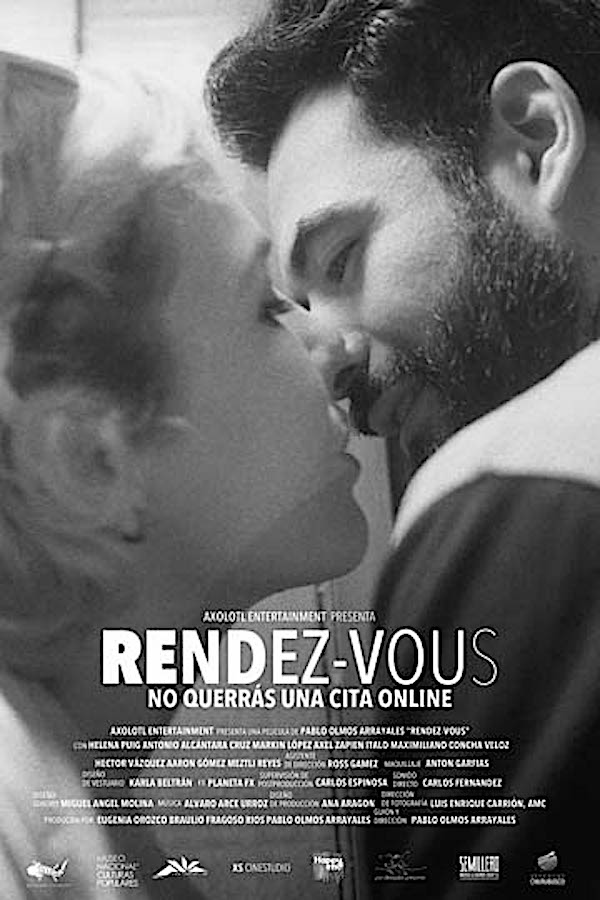 Los Angeles, CA (The Hollywood Times) 9/12/21 – The 2021 Opening Night film of the 2021 HOLA MEXICO FILM FESTIVAL will be the thriller Perdida!, directed by Jorge Michael Grau (Mexico, 2019). The Opening night event will take place outdoors on September 17, 7:00 PM at La Plaza de Cultura y Artes in Downtown Los Angeles. There will be food and drinks. The rest of the films in the HOLA MEXICO FILM FESTIVAL will be screened at the Regal Theatre in Downtown Los Angeles, from September 18 through September 25.  Perdida! is a remake of the Colombian movie La cara oculta (2011). Eric (José María de Tavira) is hired as the new conductor of the Mexico City Philharmonic and moves to the city with Carolina (Paulina Dávila), his wife. Everything is perfect until one day she disappears. Eric, mired in pain at Carolina’s apparent abandonment, meets Fabiana (Cristina Rodlo), the bar waitress he often frequents. They start a relationship full of mystery, sex and passion, but Fabiana asks herself questions about Carolina’s mysterious disappearance. The film had its premiere in Mexico on January 10, 2020. Not before, it was also screened in the Morelia International Film Festival and Los Cabos International Film Festival in 2019.

Rendez-Vous, directed by Pablo Olmos Arrayles (Mexico, 2019), starring Helena Puig, Antonio Alcantara Cruz Guion & Pablo Olmos Arrayales. Shot entirely in a single take with no cuts, this visually audacious cinematic undertaking forces us to reconsider the dangers of online relationships. Lili is a young woman in Mexico City who is excited about her date with a man she met on the Internet. She is at once nervous but deeply in love with the idea of this lover, Eduardo. When the two finally meet, there seems to be scorching chemistry between them. He seems to be a handsome gentleman interested in a relationship with her. But there’s one thing that doesn’t sit right with Lili. Eduardo lied to her, and she doesn’t know why. Finding out might cause her more than just a heartbreak. Screening: Saturday, September 18, 3:00 PM & Tuesday, September 21, 7:00 PM.

Hijo de Monarcas (Son of Monarchs), directed by Alexis Gambis (Mexico, 2021). Set between reality and dreams, this binational drama stars renowned actor Tenoch Huerta as Mendel, a Mexican biologist who lives in New York City. Like the monarch butterflies that migrate between the two countries every year, Mendel returns to his hometown in Michoacán after his grandmother’s death. Inevitably, this homecoming opens other wounds that have lingered in his mind for years. Now, as he comes to terms with his hybrid identity, as a man who was born from Mexican soil but who found his wings in the United States, the conflicted Mendel experiences a personal metamorphosis. It’s a journey that takes place at the intersection of science, myth, and spirituality. Screening: Saturday, September 18, at 8:45 PM and Monday, September 20, at 5:00 PM.

Sin Señas Particulares (Identifying Features), directed by Fernanda Valadez (Mexico/Spain, 2020), featuring Mercedes Hernández, David Illescas, Juan Jesús Varela, Ana Laura Rodríguez, Laura Elena Ibarra, Xicoténcatl Ulloa. The most awarded Mexican film of the last few years is a devastating meditation on the effects of violence on society from the point of a mother desperately searching for her child. Middle-aged Magdalena has lost contact with her son. The young man was on his way to the U.S. border with a friend, hoping to cross and find work. As the number of disappeared individuals in Mexico grows every day, everything points to the worst-case scenario, but Magdalena needs to be certain of whether her son is dead or alive. With the determination and courage that only a mother can muster, she embarks on a treacherous journey to find answers in dangerous places with the help Miguel, a young man deported from the U.S. and who’s on his way to his hometown. Anchored on an incredible performance by Mercedes Hernandez, this unforgettable look into the darkest corners of a country in crisis is sure to leave audiences breathless. Screening: Saturday, September 18, at 6:00 PM and Sunday, September 19, at 6:00 PM.

Cosas Que No Hacemos (Things We Dare Not Do), Documentary (Mexico, 2020), directed by Bruno Santamaria. Free-spirited Arturo, a 16-year-old teenager from El Roblito, a small town in the state of Nayarit surrounded by mangroves; has a secret. He hangs out with children younger than him putting on dance choreographies and fun activities for them to enjoy, but when a violent incident cracks the idyllic façade of this coastal community, he is confronted with the town’s corrosive machismo. Arturo is only truly free when away from people, where his most intimate desires can be expressed. In order to bask in that truth, he must gather the courage to come out of the closet to his parents. But that brave feat is easier said than done. Screening: Sunday, September 19, at 3:30 PM and Tuesday, September 21, at 5:00 PM.

La Vocera (The Spokeswoman), Documentary (Mexico, 2020), in Español, Maya, Yaqui, Wixarika (English subtitled), directed by Luciana Kaplan. This portrait of Indigenous resistance centers on María de Jesús Patricio (Marichuy), the first Indigenous woman to run for the Mexican presidency. A traditional healer and activist from the Nahua people, Marichuy becomes a beacon of light for Indigenous Mexicans whose voices have been repeatedly silenced for centuries. Her campaign focuses on bringing awareness about the National Indigenous Congress and EZLN and their fight against the Mexican state and foreign entities to protect their territory, the environment, and their way of life. The documentary chronicles her travels across the country to gain support for the Indigenous cause and galvanize other citizens to join their revolutionary efforts. Screening: Sunday, September 29, at 1:00 PM and Thursday, September 23, at 5:00 PM.