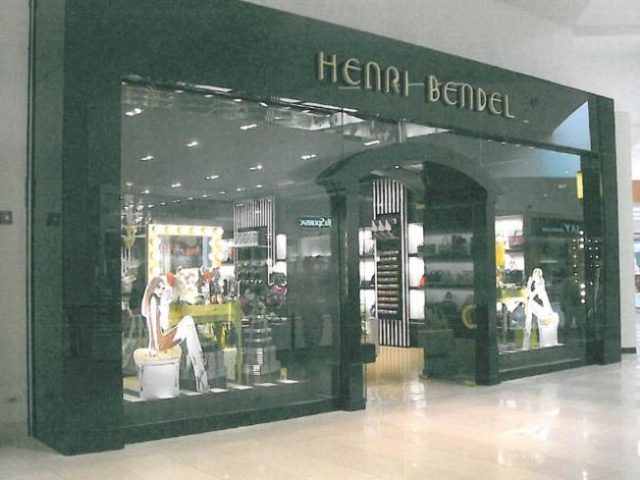 West Hollywood,, CA (The Hollywood Times) 7/8/18 – The Fourth of July has come and gone, and some of America’s most exuberant talents took their place on stage in the nation’s capital: John Stamos, Pentatonix, Jimmy Buffett and the Broadway cast of “Escape to Margaritaville”, Andy Grammer, John Williams, The Temptations, Chita Rivera, Luke Combs, CeCe Winan, Lauren Alaina, Renee Fleming, Joshua Bell, Kyla Jade, Jack Everly, and even California’s own Beach Boys (now the #1 band in the world).  Meanwhile, one of America’s top luxury brands has been performing brilliantly on New York City’s Fifth Avenue for nearly 125 years.  Its name is HENRI BENDEL.

Established in 1895, Henri Bendel is synonymous with upscale elegance in the good old USA.  Reflecting the shift of Europe’s manufacturing base to the US during the late nineteenth and early twentieth centuries, the brand came of age right along with our country.

Henri Bendel was born on January 22nd, 1868 in Louisiana.  After marrying Blanche Lehman in 1894, Bendel established a very successful millinery shop in Morgan City, Louisiana.  After a fire burned down this shop, Henri and Blanche relocated to New York City.

Following Blanche’s untimely death, Henri began to design hats and other womenswear at a shop on Ninth Street in Greenwich Village that catered to the city’s wealthy elite.  He quickly became a leading tastemaker in the area and his boutique was known as a beacon of luxury.

The French-speaking Bendel also began to import exclusive fashions from Paris, France and brought fellow couturier Coco Chanel to the United States.  In addition, his shop carried fragrances, custom furs, and bridal plus an assortment of cosmetics, skincare, lingerie, and handbags.

In 1913, Henri Bendel built an eight-story women’s store on West 57th Street that was designed by Henry Otis Chapman.  He died suddenly on March 22nd, 1936, at his opulent home (one of many) on Park Avenue in Manhattan.

But the Bendel brand lived on!  As well as hats, its product lines now encompass handbags, jewelry, scarves, footwear, wallets, luggage, sunglasses, perfume, candles, charms, and keychains–and Henri Bendel ships them all over the world.

Both playful and functional, Henri Bendel exemplifies America’s thirst for fearless innovation.  The founder made his mark both literally and figuratively by becoming the first retailer to brand himself.  Having registered his own trademark in 1895, he created the now legendary brown and white striped Henri Bendel shopping bag and hatbox. 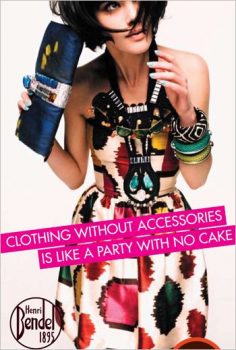 Bendel was the first luxury retailer to hold a semi-annual sale, the first to offer in-store makeovers, and the first to stage a fashion show.  He is also credited with the discovery of artist Andy Warhol, who was brought on as an in-house illustrator.  Izak Zenou now draws the iconic Bendel girls as of 1994.

In 2008, Henri Bendel began to open new stores outside of New York City, and the expansion continues!  Today the brand has more than 28 stores in premier shopping destinations around the country.

The vibrant Henri Bendel brand has never ceased to reinvent itself or to champion the spirit of the store’s visionary founder.  Shop Henri Bendel at LA’s Beverly Center and all across the country to support a true American classic!