LOS ANGELES – September 27, 2019 – HBO Max, the upcoming direct-to-consumer offering from WarnerMedia set to launch in the spring of 2020, has teamed up with Emmy® Award Winner Ellen DeGeneres, ordering three original shows straight to series: Ellen’s Home Design Challenge, First Dates Hotel, and Little Ellen, as well as docu-series Finding Einstein in development. DeGeneres announced the pickups today on The Ellen DeGeneres Show and didn’t stop there. She also surprised her audience with a two-year HBO Max subscription in celebration of the news.

“Ellen is a singular talent, and a powerhouse, creative triple-threat that we are lucky to have now bringing her talents to bear on behalf of HBO Max,” said Kevin Reilly, Chief Content Officer, HBO Max and president, TNT, TBS, and truTV. “Ellen’s flair for home design and matchmaking will most certainly inspire and delight – but HBO Max is full service, so as not to leave the kids out she’s bringing them back to the hilarious misadventures of her childhood in an imaginative animated series.”

Ellen DeGeneres added, “I’m very excited to bring my new shows to HBO Max. I don’t know who Max is, but I can’t wait to work with him.”

In Ellen’s Home Design Challenge, design aficionado DeGeneres is giving eight forward-thinking designers the chance to push their creativity to the limit. DeGeneres will be on hand to weigh in on each challenge and provide humorous, colorful commentary. The series is produced by Warner Bros. Unscripted & Alternative Television and A. Smith & Co. Productions in association with Telepictures and A Very Good Production, with DeGeneres, Jeff Kleeman and Arthur Smith serving as executive producers.

Little Ellen is a 2D  animated children’s show that explores the  world through the eyes of a hilarious and unpredictable seven-year-old Ellen  DeGeneres. On her  adventures in her musical hometown of New Orleans, Little Ellen takes big risks and makes big mistakes, but she’s always able to laugh at herself and bounce back when things don’t go as planned. The 40-episode quarter-hour series is produced by Warner Bros. Animation and Ellen Digital Ventures.  DeGeneres, Kevin A. Leman II, and Sam Register serve as executive producers. Jennifer Skelly is a co-executive producer and Jason Blackman is a producer. 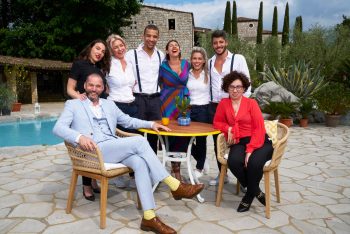 First Dates Hotel takes matchmaking to new heights. Based on the hit UK format devised by Twenty Twenty Productions, Ltd., this charming dating series set at an affluent boutique hotel will find single people from multiple generations gathering for an intensive and tailor-made romantic experience. After fun, amusing and potentially disastrous dates at the hotel restaurant, poolside and under the stars, if the potential lovers like each other, they can choose to stay on for a second date in the hopes of finding out if they’re ultimately a match. Produced by Warner Bros. Unscripted & Alternative Television in association with Shed Media, A Very Good  Production and  Twenty Twenty Productions Limited, DeGeneres, Jeff Kleeman, Pam Healey,and Dan Peirson will serve as executive producers on the project. Previous seasons of the UK series First Dates and First Dates Hotel will also be available on HBO Max. 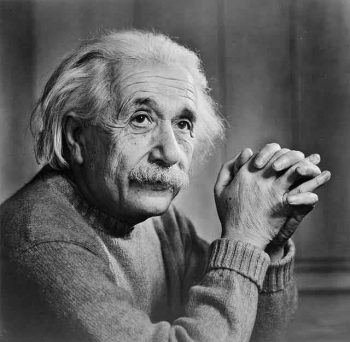 Currently in development, Finding Einstein is an inspiring docu-series, blessed by the Einstein estate, that will seek out, celebrate and support a fresh generation of Einsteins. Some may be a stone’s throw away …others may be in a tiny village halfway around the world…all of them are motivated to live up to Einstein’s ideal of changing the world for the better. The series is executive produced by Warner Bros. Unscripted & Alternative Television in association with Telepictures and A Very Good Production, with DeGeneres, Kleeman and Todd Goldman serving as executive producers.

About Warner Bros. Unscripted & Alternative Television
Warner Bros. Unscripted & Alternative Television is the leading producer of unscripted programming, with over 40 series totaling some 2,100 hours of programming annually across broadcast, cable, digital, and syndication.   Led by Mike Darnell, President, the division operates Warner Horizon Unscripted Television, Telepictures, and Shed Media and is responsible for all unscripted content for the Warner Bros. Television Group. The division also shares oversight of Ellen Digital Ventures, a joint venture between Ellen DeGeneres and Warner Bros. Digital Networks.  Major franchises include the top reality shows on television including  the long-running, powerhouse series “The Bachelor,” “The Bachelorette,” “Bachelor in Paradise” and the upcoming touring version of the show “The Bachelor Live on Stage,” as well as the podcast extensions of the series; multiple Emmy® winning “The Ellen DeGeneres Show”,  “Ellen’s Game of Games”, and the recently announced “Ellen’s Greatest Night of Giveaways”; the multi-Emmy® winning blockbuster music competition “The Voice”; “Little Big Shots, with Melissa McCarthy”; the Emmy® winning “Who Do You Think You Are?”; “The Real Housewives of New York”; “TMZ”; “Extra”; and “Huda Boss” for Facebook Watch.