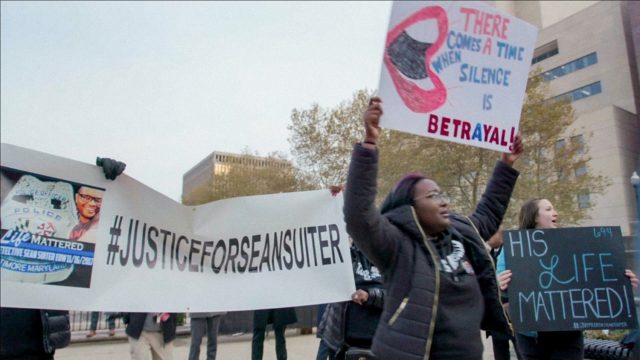 Los Angeles, CA (The Hollywood Times) 11/21/21 – THE SLOW HUSTLE set to premiere December 7th on HBO, and HBO Max explores the unsolved death of Baltimore Police detective Sean Suiter. This docu-film directed by Sonja Sohn (HBO’s “Baltimore Rising,” “The Wire”) will take viewers on a journey through the culture of corruption within the ranks of the Baltimore Police Department. Through candid interviews with the Baltimore P.D., Suiter’s Widow and children, journalists, lawyers, and community leaders, viewers will get to see the reasoning behind the community’s distrust of law enforcement, which many believe directly impacted their ability to solve Suiter’s death. Was the 2017 death of Sean Suiter a premeditated murder or a suicide?

Actor, filmmaker and activist Sonja Sohn is the founder and CEO of the Baltimore-based reWIRED for Change, an outreach program for at-risk youth inspired by her six seasons appearing on HBO’s “The Wire”. Her first feature documentary “Baltimore Rising” portrayed the city in the aftermath of Freddie Gray’s death and THE SLOW HUSTLE continues her work focusing on Baltimore and its inherent racial and socio-economic problems.