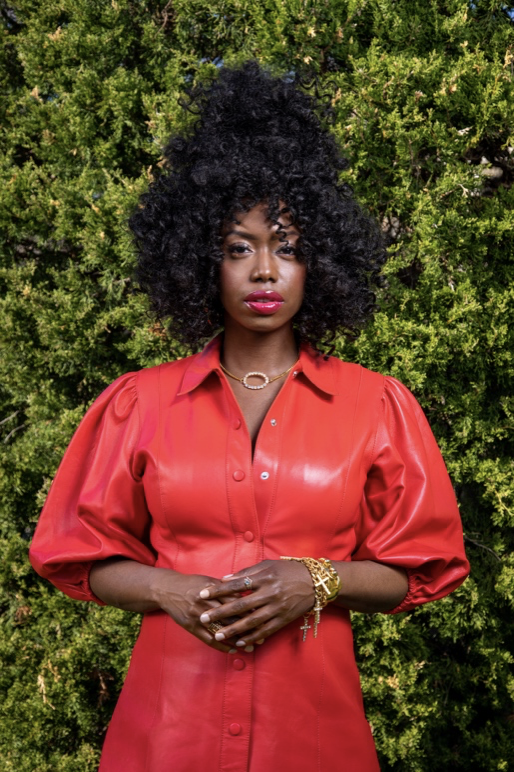 Los Angeles, CA (The Hollywood Times) 4/2/22 – With Black harpists and composers immensely under-represented in music, http://brandeeyounger.com is trailblazing her way onto your AirPods. One of the most talented performing artists in the U.S. today,  she has been nominated for a 2022 Grammy Award for Best Instrumental Composition, for her original composition “Beautiful is Black.”

“Honestly, to be nominated in THIS category means everything to me,” she told Newsbreak.com in an exclusive interview. “To be recognized as a composer independent of genre AND as a harpist feels surreal.”

She continued: “This isn’t something that happens every year, and so I don’t take it lightly. I represent harpists, Black musicians, classical musicians, jazz musicians – and I understand that.  it’s an honor.”

In addition to her http://naacp.org Image award nomination this year, Younger also has two other projects that were Grammy nominated: “Donda” by Kanye West and the Baylor Project’s “Generations.” And in 2020, she was awarded “Player of the Year in Instruments Rare in Jazz” by the Jazz Journalists Association.

The badass harpist loves working on multiple projects. “I don’t stick to any one genre so it’s important for me to be able to work across different styles,” she told Newsbreak.com in an exclusive interview. “Any given week, you may find me preparing chamber music, performing in a jazz club or recording a hip hop session!”

During Grammy weekend, Younger had an exciting time talking to all the vendors at the official gift lounge backstage, created by Distinctive Assets. “The suite was so unique and everyone was so friendly! I was particularly enamored by the jewelry brand, Grossé Japan. Their special pieces really stood out. And I was particularly happy to see the Black-owned brand, Skinny Sbu socks there.”

As a child, Younger fell in love with the harp–all because of her loving parents.

“A woman at my dad’s job played one and my parents brought me to her house.  I played flute at the time and we’d play duets. It was magical!”

Her family is a constant support to Younger, as they continue to nurture her through life’s ongoing challenges.

“They would take me to lessons, orchestra rehearsals, recitals while both working full time jobs and raising my sister and brother. Those two, along with my aunts and uncles are probably the biggest inspirations in my life. And that’s why they’re all here in Las Vegas with me for the awards! There are so many serendipitous moments in my life and career and i feel very fortunate to be able to walk this path that has been set forth.” 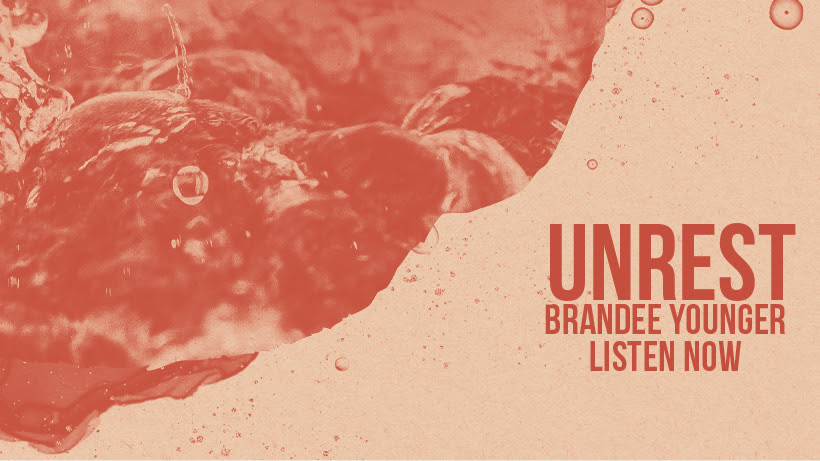 Among her many musical influences, Younger cites Dorothy Ashby and Alice Coltrane, but “I am greatly influenced by great soul artists like Curtis Mayfield, Stevie Wonder, Marvin Gaye, Earth Wind Fire…these are artists that are on my daily playlists!”

Younger’s latest soulful album is called “Somewhere Different.” “I really want everything that I produce to have a ‘feel’ quality to it,” she acknowledged. “I want music to evoke depth and intensity inside you.”

And she’s already back in the studio!

“I just wrapped up recording my next album for Impulse! records and can’t wait to put that into the world!” she enthused.

“Unrest” was written as the riots were happening outside of my apartment in the height of the George Floyd case. The song reflects upon the extraordinary uprising against police brutality and racial violence, capturing the nations socio-political upheaval. I definitely make music as my protests!”

Check out brandeeyounger.com for tickets to her upcoming tour and watch the Grammys on Sunday night!