Los Angeles, CA (The Hollywood Times) 3/28/22 – Shot on location in Metro Detroit Tale of Tails is a crime series directed by Swedish-American actor and film director Harley Wallen. In the series Wallen plays Nick, the owner of a shady bar where anything goes for the right price. Nick is able to keep the bar afloat by taking advantage of desperate women who are willing to dance for money. When a dead body shows up in the bar’s restroom, law enforcement opens an investigation and now Nick must decide how many friends he must sacrifice in order to save himself.

The series stars; Kaiti Wallen (Agramon’s Gate) as the conflicted and driven officer on the case and Tevis Marcum (Stone) as Roadie and Jerry Hayes as Nick’s sly lawyer with Grover McCants (Solomon) as the chief of police.

THT had the opportunity to interview Wallen to discuss his upbring and role as an actor and film director.

THT: Where are you originally from?

NW: I am originally from Sweeden.

THT: How did you get your start?

NW: I started off in the Marial Arts, but I always had a love for dance. I began breakdancing in my teenage years and landed my first acting opportunity as a dancer on the Swedish TV show ‘Solstollarna’! I wanted to further my acting career, so I moved to the United States.

THT: How did you enter film production and what made you want to start your own production company?

NW: I started gaining more roles and experience and after my film incentives ended, I felt like it was time for me to start making my own films. I did not attend film school, so my experience was limited which prompted me to further my education. In 2016 my wife Kaiti and I formed the film production company “Painted Creek Productions.”

THT: What role did you learn the most from playing?

NW: I don’t have one in particular, I feel like I take a little from each of the roles I play.

THT: What advice would you give young actors just starting their careers?

NW: Never stop working at your craft, there’s always room for improvement. And don’t be afraid to take risk.

THT: What are you currently working on?

NW: I recently directed and starred in a new series called Tale of Tails. It is available on Tubi streaming service. I also just completed two projects (Snapshot, Ash and Bone) and have six others in pre-production.

THT: How can people find you? 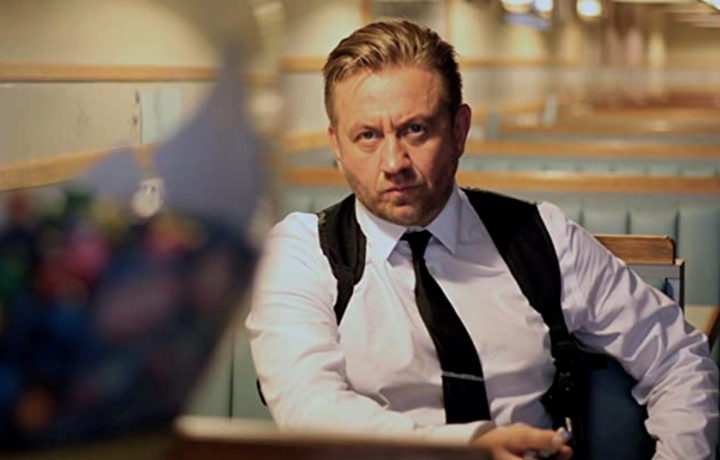 Multi award-winning filmmaker and actor Harley Wallen has starred in over 40 feature films and TV shows with legendary stars such as Tom Sizemore, Tara Reed, and John Savage among many others.

He started his journey as a Martial Artist early with Judo at age 7 and is now a 5th degree black belt. Harley also spent time learning other arts (Jiu-Jitsu, Tae Kwon – Do black-belts as well) and Mixed Martial Arts. His other love at an early age was dance as he was an outstanding break dancer in his teen years. His sheer talent and skill are what landed him his first opportunity in acting as a dancer at the syndicated Swedish TV cult hit ‘Solstollarna’! Soon after, he realized he was bitten by the acting bug. Harley then moved from Sweden to the United States to boldly pursue his dreams. After a short stint, these plans got sidetracked by business opportunities as Harley climbed various career ladders. After returning to acting It was not long before the roles started coming and the growth, he had experienced in the business world started happening to him in the acting world. After the film incentives ended in Michigan, he decided to start making films of his own. Not having a film school background with only limited experience, he decided to go online to further his education in filmmaking and took several more classes and seminars in acting. Finally in 2016 Harley and his wife Kaiti formed the film production company ‘Painted Creek Productions’. The one thing he really takes pride in is his commitment to the character he is playing regardless the size of the role or the paycheck. Harley is now writing, producing, acting, and directing and has found his life’s purpose.