Beverly Hills, CA (The Hollywood Times) 10/28/18 – Happy Together is ostensibly a comedy about a happily married, 30-something couple looking to re-energize their lives by bringing a young pop star into their lives in the form of a client looking for refuge from the paparazzi.  But when the cast and producers sat down for a Television Critics Association panel, it became apparent that the show is about more than that.

While on its surface, it’s an exploration into the dance between fame and mediocrity—Cooper enjoys the middling life of a suburban couple, while Claire and Jake revel in the excitement that comes with the media trying to find out more about Cooper’s recent breakup—the TCA discussion revealed that there’s more to it.  Much more.

“The show is about marriage,” said executive producer Ben Winston.  “It’s about getting a bit older. It’s about youthfulness. It’s about something happening in your life that you didn’t necessarily expect to happen and how you react to that, and it’s about a family that you want to spend time with and be with.”

And it’s not just about fleshing out the potential banalities of married life.  Earl said that the chance to work with a dynamic with such fascinating chemistry was what initially drew him to the project. 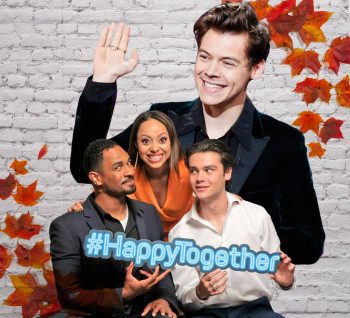 “Just as a writer, when you write a thing about marriage and then these two coming together, it’s like a once in a lifetime opportunity chemistry wise,” he told the audience. “Watching them bring these things to life has been the ultimate joy of my career so far”.

Winston shared openly how a personal experience with his wife, in which they took in a member of One Direction for a time, directly influenced the concept and scripts.  The two had a place in London, and Harry Styles had asked to stay in their attic for a few weeks.

“I went home, and I said to my wife, Meredith, ‘It’s a bit of an odd request. Harry, this guy from the band, would like to stay in our attic for a couple weeks. How would you feel about that?’ She said, ‘As long as it’s only for two weeks, I’m fine with it,’” said Winston.  “18 months later, Harry moved out of our attic. And nobody ever knew that he was living there. It was the most, like I said, suburban quiet street you could ever imagine. And the fact is, no one ever knew.”

Winston said the fact of the matter is, even with Styles on the premises, nothing ever got quite that exciting; so the show takes creative license with the possibilities. 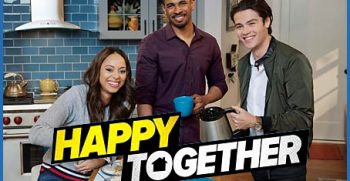 Tomorrow’s episode “Like Father Like Son”, airing on CBS at 9:00 PM PT guest stars Damon Wayans as Jake’s father Mike.  He comes to visit and spend some quality father/son time together, while Jake and Claire attempt to keep their love alive while she travels on business.

Amber Stevens West’s father, legendary radio host Shadoe Stevens, also lends his voice to an announcer role in this episode.  It’s funny, it’s poignant, and it’s filled with all the familiar elements of this sort of dynamic.  Especially interesting is seeing Wayans and his son interact with such warmth and joy. 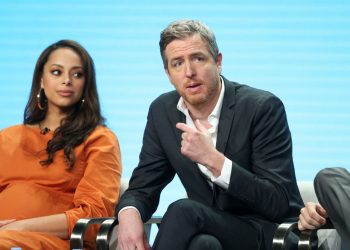 To learn more about Happy Together or to watch additional episodes, visit https://www.cbs.com/shows/happy-together/