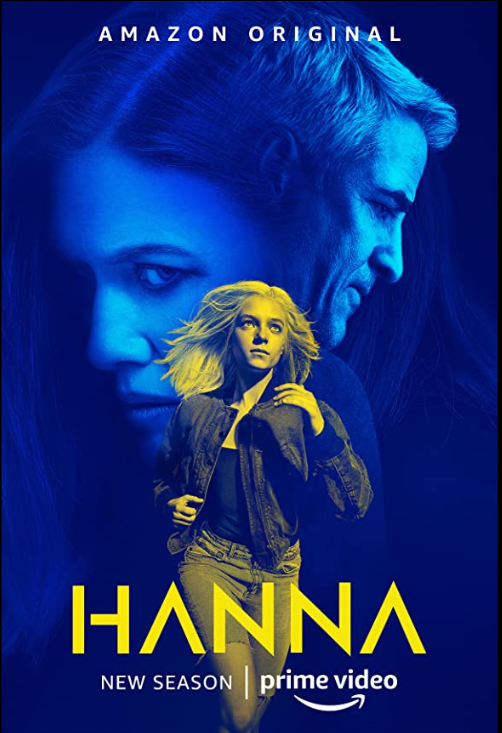 “Hanna, a series based on the 2011 film of the same name, is like La Femme Nikita with a young girl but on steroids and so much more!”

About the Series:
Hanna is a 15-year-old girl living with Erik, the only man she has ever known, as her father, in a remote part of a forest in Poland. Erik once recruited pregnant women into a CIA program, code name UTRAX, where the children’s DNA was enhanced in order to create super-soldiers. When Erik falls in love with Johanna, Hanna’s mother, he rescues baby Hanna and they flee. The CIA then orders their on-site agent, Marissa Weigler, to shut down the project and eliminate all the babies.

The Second Season of Hanna debuts July 3rd, 2020
The second season of HANNA returns with eight, one-hour episodes, and follows the journey of an extraordinary young woman as she evades the relentless pursuit of a sinister government agency, and tries to unearth the truth behind who she is. Following her discovery at the end of Season One, Hanna (Esmé Creed-Miles) now knows she is not the only young woman with unparalleled skill and elite training.

The Utrax program has produced a whole contingent of highly trained teenagers, whose development is about to reach the lethal “second phase.” After their relocation to The Meadows facility, these trainees find their restrictions lifted and glimpse the possibility of a new identity in the outside world. But this apparent freedom will come at a heavy price.

In Season Two, Hanna risks her freedom to rescue her friend Clara (Yasmin Monet Prince) from the clutches of the Utrax program, now run by John Carmichael (Dermot Mulroney) and his second in command, Leo Garner (Anthony Welsh). Hanna finds help in the unlikely form of her previous nemesis, CIA agent Marissa Wiegler (Mireille Enos), who must protect both herself and Hanna from the ruthless organization she once trusted.

Yet as Hanna delves deeper into the elusive world of The Meadows and meets others like herself, including Sandy (Áine Rose Daly) and Jules (Gianna Kiehl), she begins to question her role in the larger context of Utrax’s assassin program and ultimately, where she truly belongs.

The Review:
I’ve heard of this series and never wanted to watch it. Then I started to binge watch it. It starts out a little slow and grows on you. The music is a mix of surreal, vocalize, Euro-German Techno and soft.  Hanna reminds me of La Femme Nikita which I truly loved that series with #PetaWilson and the original movie with #AnneParillaud as Nikita.

As I watched Hanna, I’m drawn into her life, her exploits and her pain. She’s trying to fit in, find out who she is whilst running from being pursued by Marisa Weigler, who, apparently, shares Hanna’s isolation and pain of her own. My heart pounds, my blood boils and my breathing gets faster and faster with scenes. My fist pound the air and my arms move in sync with Hanna. I haven’t felt like that since watching the Rocky movies.  You feel connected to the hero and want to see her succeed but know her struggles are for a purpose.

Erik truly loves Hanna and him going rogue shows you this fact.  But in the end of Season I, spoiler alert, it feels like the end of Logan with his daughter burying him. But right before Logan dies, he realizes he has a legacy. Even though Hanna is ‘not’ Erik’s biological father, or is he, Hanna is the only father she’s ever known. Now she’s on her own with new friends and a new set of goals and problems as things grow.

Will Marisa and Hanna meet again and did Marisa become the good guy? Does she have a conscious and is she now the “mother” figure for Hanna now that Erik is gone? We’ll see as Season II progresses.  I’m totally drawn into this series and watching how Hanna grows and becomes more aware of her surroundings. She’s like a A.I. that’s learning how to connect and increasing its ability to become more intelligent and with that added knowledge, become more dangerous. 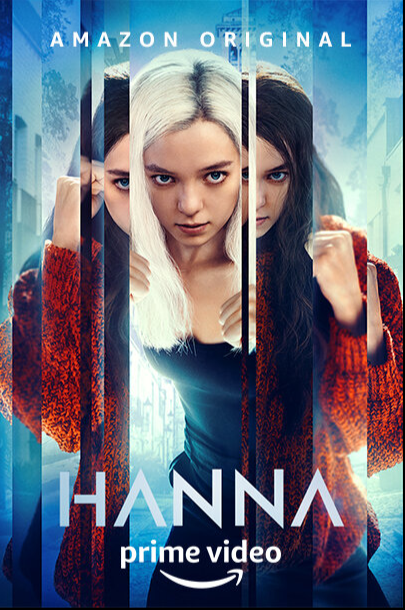 Hanna will pull you in. Hanna will make you think. Hanna will fill your mind and jerk your limbs; increase your heart rate and make you shake!  Watch Hanna and understand that this is only the beginning. What’s in store for Hanna and for those who she comes in contact with is the bait for you to ‘want’ to see her succeed and not stop watching.