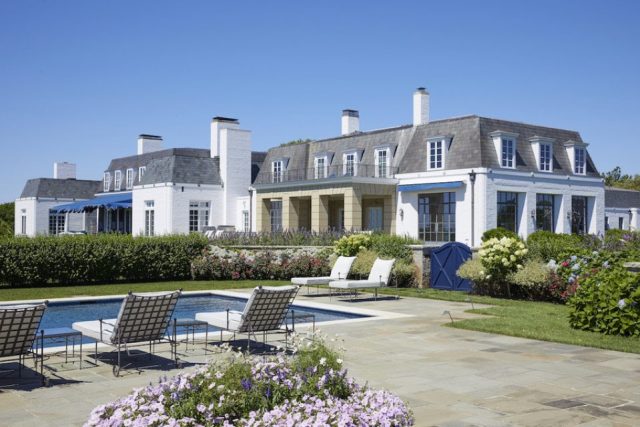 “The Henry Ford II Estate – As Seen In HBO’s Succession”

One of the country’s premier estates is also seen as the summer home for the super-rich Roy family in the mega-hit HBO series Succession. Now entering its fourth season, Succession has been filmed in countries all over the globe, with its home base in New York City.  As can be expected, owners of any large business conglomerate with headquarters in The Big Apple should have a summer home in the Hamptons.  Such was the case with the Roys, who can be seen continuously fighting, cursing, and jockeying for a company position at the stunning 42-acre Henry Ford II Estate.  The home, which was priced at $175 million in 2017 and reduced later to $145 million, has recently sold for $105 million.

As with many fabulous properties sporting unique characteristics, prices, and locations, they don’t always sit idle while awaiting a serious buyer. They become the backdrops for commercials, sitcoms, and feature films. The income produced helps in covering the large carrying expenses until a sale takes place. Similar to the 1970s and ‘80’s evening soap operas Dallas and Dynasty of extreme family wealth and infighting, Succession takes things up several notches filmed at stunning properties around the world, including Washington D.C., England, Croatia, New Mexico, New York’s Woolworth Penthouse, and the Hamptons.

With nearly a quarter-mile of Atlantic Ocean frontage and access to three ponds and Mecox Bay, the Ford Estate was built in the early 1960s and underwent a major renovation in 2008. Now known as Jule Pond, great care was taken to preserve the home’s original details such as distinctive ceilings with moldings and traditional chandeliers, Italian marble fireplaces, French parquet floors, and antique bathroom fixtures, most of which were imported from Europe. The listing was shared by Cody and Zachary Vichinsky of Bespoke, Ellen Stern of William Pitt, and Julia B. Fee of Sotheby’s International Realty.

Privately tucked away on a country lane that meanders off of Sunset Boulevard in Los Angeles is a small community of 16 secluded homes that has attracted world-famous politicians, actors, and industry leaders. One house on the sparsely populated lane was previously the home of California Governor Arnold Schwarzenegger and his then-wife, Maria Shriver. Maria is a world-famous journalist and former host of several television news shows and the daughter of Eunice Kennedy and Sargent Shriver. The home is now being sold by its current owners, attorney-and author Maxwell Kennedy, who is the son of Robert and Ethel Kennedy, and his wife, Vicki Strauss Kennedy. It is priced at $11 million.

Nicely located on 1.75 acres between Will Rogers Historic Park and Rustic Canyon Creek, the 4,177-square-foot home, a mixture of New England and California-contemporary, was built in 1981. The neighborhood is zoned equestrian with a meandering, picturesque creek and several footbridges, riding and hiking trails. The five-bedroom home has six baths, airy rooms with large windows and skylights, three fireplaces, a cheery kitchen, and an adjoining family room. There is a sauna, spa, grotto-style pool, and a lighted tennis court in a setting of the ancient oak, sycamore, and eucalyptus trees.

The home in L.A.’s Pacific Palisades neighborhood was the family home for Schwartzenegger and Shriver and their four children from 1986 until the couple split up.  In 2013, the house was sold to Max and Vicki Kennedy for $12.9 million, keeping it somewhat in the Kennedy family. The home is listed by Billy Rose and Santiago Arana of The Agency, Beverly Hills.