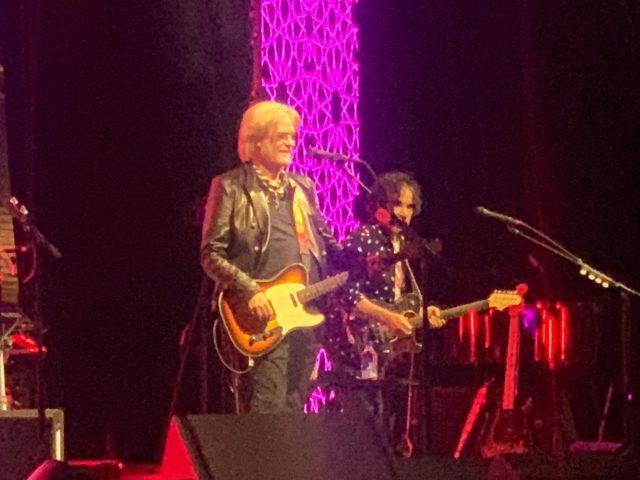 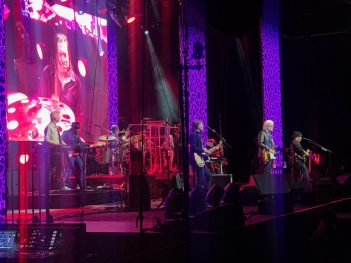 Indio, CA (The Hollywood Times) 11/7/21 – “You’re out of touch. I’m out of time”. Fitting words from their last #1 hit from 1984’s Big Bam Boom and a sad snapshot of the impact of the sands of time and Mother Nature on one of the 70s and 80s most influential and groundbreaking bands. 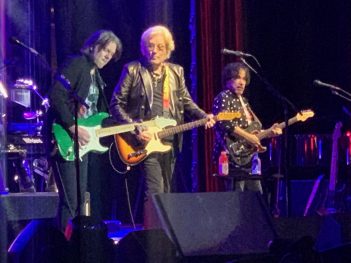 First of all, I didn’t go to this concert with any preconceived notions except that I would see a rock and roll hall of fame duo. A band with so many hits they couldn’t fit them in one set. A band my late father loved and was one of the first sounds I heard as a child. Mechanically everything was in place: good casino venue, expensive seats, professional live musicians and a curated setlist of mostly the big hits from “Sara Smile”, “She’s Gone” all the way to “Method of Modern Love”. 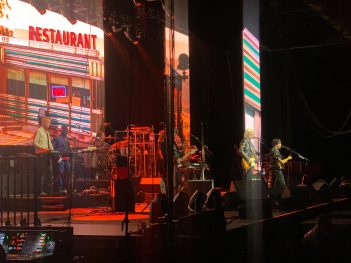 The venue was the 4,000 capacity Fantasy Springs Casino special events center in Indio. A rescheduled show due to COVID, it had sold out and many people were looking for extra tickets just outside the venue before the show. 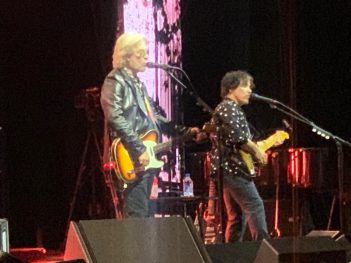 You could tell that the audience would be happy just hearing the old hits and taking a time machine back to their heyday and feeling young again. But even that wasn’t enough for many in the room. A lot of audience goers left early, as empty rows became evident by the end of the set. Though most attendees were happy to hear bad karaoke just to be transported back to the 70s and 80s and stayed until the end. 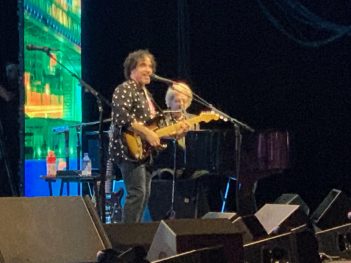 The band outside the two frontmen was great and presented the best parts of the concert during extended jams. Sadly, the high caliber musicians like the lead guitarist, saxophonist, bassist and drummer couldn’t save Darryl Hall’s off-key, octave-confused and off-sync vocals. Was he drunk or high, some pondered? Hall was trying to engage the audience at points but it came off more like he was trying to get them to sing the parts he couldn’t deliver. User reviews online from previous shows called it “mailed in” and I certainly agree with the sentiment watching him miss entire choruses or singing off key in shifting octaves within a single verse. The songs are so lovable. Why are the melodies completely being ignored? 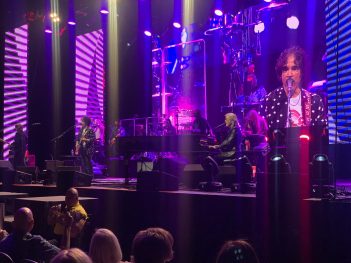 John Oates was a class act. His chance to shine was in arguably the best performance of the night, during “You’ve Lost That Loving Feeling”. Oates’ voice has shown remarkable preservation despite his age. Sadly, their engineer couldn’t turn down Darryl’s backing vocals, once again overshadowing his duo partner’s talent at some points. This may be symbolic of their overall career trajectory. 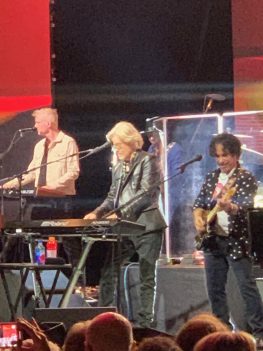 Sadly, it just made me wonder if Daryl had any talent in the first place. I shouldn’t be asking these questions but those thoughts came across my mind. Was it all studio trickery? But thankfully I was proven wrong. After the show, I did go back to some old live versions of “Out of Touch” to do an apples to apples comparison. In 1991, they did an amazing, creative and inspired acoustic version live and Darryl hit all the notes with confidence and power. By 2013, the song was still recognizable and still in the original key even though he was missing some of the high notes. In 2021, they lowered the key and Darryl couldn’t even get through the song without rendering it unrecognizable. 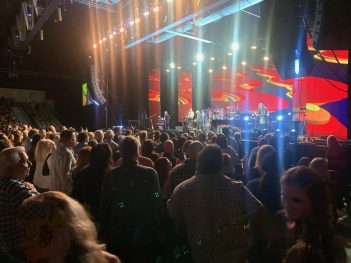 Most of their other hits were played, including each of their 6 number one hits. From “Maneater” to “Kiss On My List” to “Private Eyes” to “Rich Girl”, the key melodic hooks were ignored and rushed through almost in spoken word or outsourced to the audience. Even in “I Can’t Go For That” which stays in a lower range, Daryl ignored the vocal hooks that made that song, the first crossover #1 R&B hit by “blue eyed soul”, special and iconic. So it wasn’t just a “range” issue. 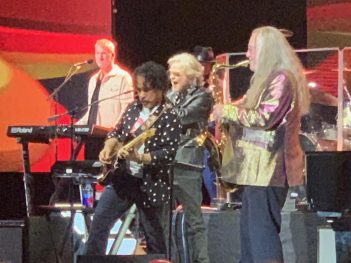 The part that made me most sad was the lack of excitement and interaction between Daryl and John. It felt like a cynical late career ploy to make a quick buck rather than a genuine camaraderie that should be present after 5 decades of friendship. People want to see that even if they don’t express it consciously. The Rolling Stones certainly still have that today between Mick Jagger and Keith Richards. But this duo was aloof and distant. Darryl was the peacock and John felt like the talent that never fully shined. I guess that may be the root of their well documented and public tension. But this lack of love for each other was obvious throughout the night. They each recognized some of the session musicians but never each other and neglected to even look at one other most of the set. And Hall’s arrogant attitude at some points, such as his irritation with the lighting, despite the deficient performance helped kill the vibe. I sensed they were tired. 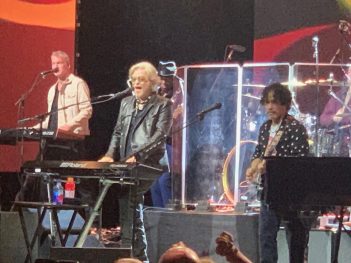 Whatever it is, John is “out of time” to shine and Darryl is “out of touch”.  I was troubled to hear that they were well rested for this performance because if this is the best they can put out, it’s time to retire and preserve their amazing legacy. There is a market for subpar casino performances so can we blame them for mailing it in and collecting their coin? That said, if we are giving out participation trophies, I tip my hat to two legends in their 70s getting out there and doing a tour. That longevity is pretty badass.