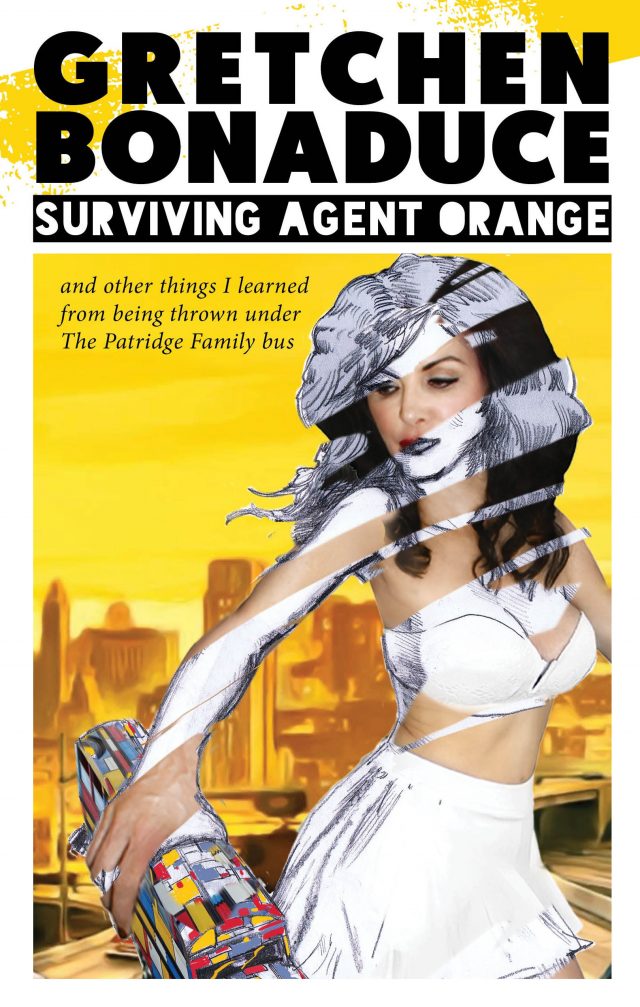 Palm Springs, CA (The Hollywood Times) 9/24/2018 – I enter ‘The Corridor’ one among our many Palm Springs gems, and the grass IS greener, the sky over the San Jacinto Mountains IS even bluer.  It’s such a beautiful September Saturday that I almost felt a skip or two coming on, despite me having on… the wrong shoes. It’s that kind of day.

Entering Just Fabulous, it just gets better as I take in the fun of the place instantly, from the shop itself, to what makes the store, to the people mingling. It’s that kind of place and I’ve come to chat with Gretchen Bonaduce, author of “Surviving Agent Orange: And Other Things I Learned from Being Thrown Under the Partridge Family Bus”.

A gentleman joins me in my reverie of a particularly designed display of toilet paper, saying “Isn’t it just fabulous?” Not sure whether the pun is intended, but it was, truly, just Fabulous.  The staff clearly love their jobs, and effusively give back stories to the many unique and interesting items on display, including the very presidential bathroom product I’d been somewhat, cracking up over. I introduce myself to  Steve, the manager, escorts me over to ‘meet’ the striking woman who married the Partridge with Moxey. Gretchen is warm as I effusively tell her, “We’ve met before! Yes, I met you and Danny at so and so’s party in LA, about 15 years ago, I’m sure you remember”, I kid. She pauses, clearly so nice that she’s not sure whether I’m really expecting her to recall, until we then both laugh. It’s a nice start as we straight off begin a conversation about LA, sharing our common experiences, and sharing about our particularly shared predilection, at least at one time, for guys that are a bit on the edge, as Gretchen’s put it in the past, for guys that drink. It’s a laugh provoker, in an odd way, and our conversation flows  about being in a long time relationship, with someone struggling through the shared roller coaster of addiction.

I ask what her motivation was for the memoirs now, about ten years after the divorce, noting that the book’s cadence carries none of the recriminatory sensibility that I’d almost expected from the title, and Gretchen’s answer reflects the same, “I just felt it was time for me to tell my part of a story that’s been out there in bits and pieces through the media and different people’s perspectives, when, it makes sense finally, for me to just tell the story as I experienced it. Well, as Danny and me experienced it”.  I find that refreshingly simple motivation, and clearly genuine as none of what I’ve heard in Gretchen’s radio interviews about the book, nor of what I’ve read, reveal a woman any malevolent agenda, to haul up dirt of the past to elevate herself. Gretchen Bonaduce’s motivation is as clearly reflected in her conversation with me as it is in her writing: This is how it was for me, when it was us, me and Danny Bonaduce and our children.

She’s a warm individual, easy to talk to, easy to share sarcasms with and observations about lifestyles of the rich and famous- where I have only observations, I tell her, she replies, “oh, I’m not famous”.  “You are so”, I laugh, “You’ve got quite a notable resume and this book is already being so well received that if you don’t think you’re famous now Gretchen, you better get ready for the movie offers”. She’s gracious and we both laugh when I say, “just don’t let further fame bring you to that crazy place of some of Hollywood’s other beauties, stay clear of that weird Plastic surgery addiction that befalls too many and we launch into about a five minute chat about THAT strange and all to prevalent addiction for which, to note thus far, we’re not sure a twelve step program exists, but should. I ask her how the kids are doing, and if it’s ok, on the record? “Oh sure! They are great! Just so great! She shares about Dante’s start of his senior year at what I know to be among the best high schools for the arts, with his ambitions towards a career in the music arts. He’s happy, excited, and it’s clear that Gretchen is happy and excited when talking about her children with such glowing pride. She tells me about their daughter, Isabella’s upcoming wedding in October, and gushes about how she loves her soon to be new son in law, the wedding plans, and there we are, two girls in Just Fabulous, Palm Springs, at Gretchen Bonaduce’s book signing, talking about what else? The wedding gowns! When she tells me that her friend, who designs gowns for the Oscars, is designing her daughters and the wedding party gowns, I quip, ‘See? Having a friend that designs Oscar gowns, is something a famous mom says when asked about her daughter’s wedding gown!” She laughs and says again, with genuine self deprecation, “I’m not famous, and Isabella is so beautiful, no matter what she’d wear’. Agreeing, and in so comfortable a conversation, I query, if having beautiful children is something that comes with fame, because, I note, that it surely seems that the children of celebrities are always so beautiful, and Gretchen reveals that she too, has thought about that too.  I’m liking this woman more by the minuet. She offers her theory and it’s as sensible and practical as her reasons for sharing her memoirs about her marriage: Beautiful people converge in LA, it’s the mecca for the industry where looks do carry a lot of weight along with talent, so there’s a particularly concentrated gene pool of beauty. That’s not a quote precisely, but it’s precisely that sensible theory of Gretchen Bonaduce’s that I believe answers a question many ponder, but would asking would seem shallow to the respondent. 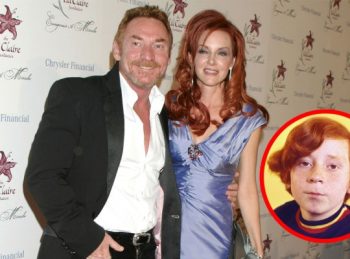 Gretchen is not one it was clear, to analyze every element of a conversation as being about her, or how it would seem later in print, or to say what she thinks is expected of her or by others. She’s comfortable, smart, and aware of who she is and saying so to her, it seemed to me, that it all came together in that moment for me, that the title of her memoirs, that I’d started out thinking didn’t really reflect the content of her book, was instead, perfect: Surviving Agent Orange. Survival is a word most commonly applied to the most drastic of applications: Survived an accident, a malady, but survival in any application, means that one can go on FROM there, and that is what Gretchen Bonaduce is, it seems to this writer, a survivor, and not in the melodramatic ways, for her “Surviving” isn’t a word she’s chosen for her title, to milk it for the often glorified victimhood our culture has somewhat, come to embrace, for, I realized, her memoirs are titled, “Surviving”, not “Survivor of”, and that is what Gretchen is, that is what all people are who walk through life, and hit the road blocks that are there for every single one of us, whether famous, married to someone famous, or to the boy or girl one meets working at the local shop: You don’t stay stuck. You don’t blame the roadblock as the reason if you’re still sitting there ten years later. Well, you can, but that’ll be only necessary if you ARE still sitting there stuck.

Gretchen’s memoirs, her radio interviews, and my truly great conversation, technically, interview with her, show that she is the quintessential of survivor, that which we all GET TO BE, when we understand that it’s not easy, it’s not a formula, it’s not as simple as making lemonade when life gives you lemons sometimes, but it’s so so worth the effort of doing what it takes, for all involved, to get around or over a roadblock, and carry on with the wisdom and the happiness, until the next one.  She is happy, she is happy for her former husband, the father of her ‘beautiful children’ saying that Danny is happily to lovely woman, and that she’s blessed for all life’s ups and downs.

In retrospect, I’d like to see a tee shirt bearing that sentiment: “I’m blessed for all of life’s ups and downs”. Anyone with the sensibility of Ms. Gretchen Bonaduce, would understand.

I finished our conversation, our, “interview’ for there were people mingling, and books Gretchen was there to sign for them, and I wouldn’t have wanted to deprive anyone the opportunity I’d had, of seeing and understanding what Surviving means, in everyday life, without the melodrama. Surviving Agent Orange isn’t a book of whining, and Gretchen is no whiner, she is wise, she is nice and she is really a LOT of fun to talk with.  I left the book signing of, “Surviving Agent Orange: And Other Things I Learned from Being Thrown Under the Partridge Family Bus” on a beautiful September Saturday here in Palm Springs at Just Fabulous, the way I’d come in, suppressing an impulse to take a skip or two, but alas, were it not for wearing the wrong shoes.