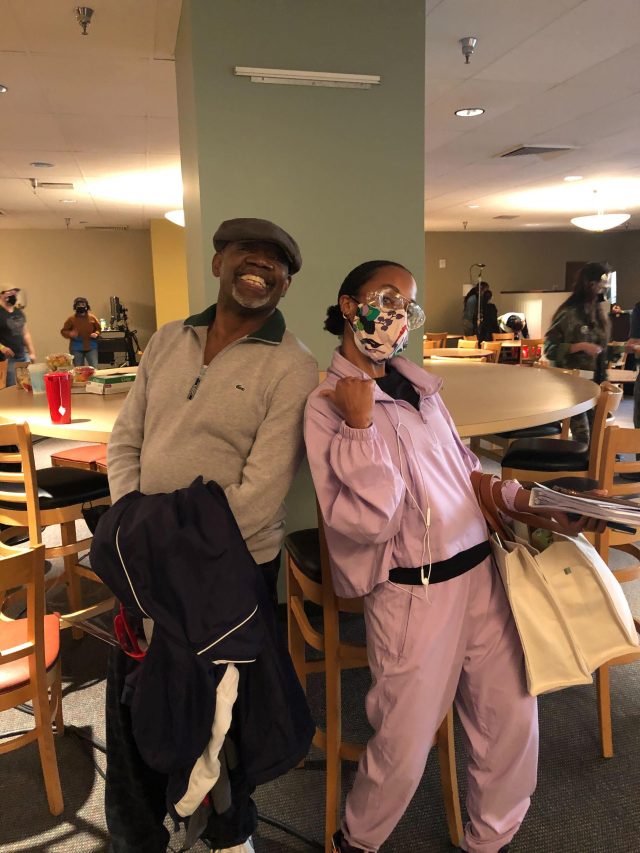 Los Angeles, CA (The Hollywood Times) 11/20/21 – I caught up with Gregg Daniel again after 3 months, this time to discuss his involvement with the popular “Insecure” series on HBO.  Directed by Kerry Washington, Gregg was energetic and excited about being part of a project with great direction, a great storyline and a powerful message about infidelity and the strength of a family unit. 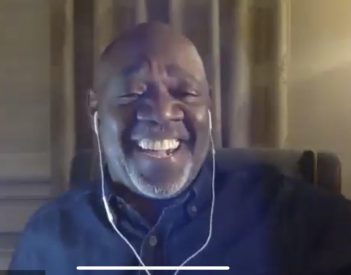 Gregg plays David Carter, the patriarch of the family unit which becomes a focal point for the journey of the two main characters in the final season of HBO’s Insecure.

Washington and Gregg Daniel have worked previously together when she directed Daniel for Season 4. However, this final season is packed with tensions lingering from the past seasons as well as new and exciting moments that will be sure to have you on the edge of your seat for the final and last season, Gregg claims.

As an accomplished director, Washington amplifies the voice of women by showcasing various generations of women staying or leaving a relationship post-infidelity. However, in a world where it’s become a norm to throw away relationships when infidelity occurs, the show brings a unique perspective to the modern family dynamic and posits that maybe we need to forgive and overcome?

Here are some highlights from our exclusive Hollywood Times interview:

Gregg was especially proud of HBO and their willingness to honor women and specifically women of color in this “Insecure” series which ran for 5 seasons. “It’s been a great run,” he said with pride, pointing out that the crew full of young people of color working behind the scenes and in front of the camera to honor these stories, and to see role models that look like them. “I think that is so important that there is a road for them now to start learning what they want to learn. Also, you know, we use locations in Inglewood, all over LA, traditionally black centered areas. So just to open up this world of Los Angeles for BIPOC individuals has been important.”

With eight Emmy nominations last year, it’s been speaking to people.  A story centered around the growth of two young women over 5 seasons was ultimately exciting for the public, rushing home to see what unfolds next. “When we get down to it, this show really is about growth. It’s about negotiating. It’s about learning who you are. You’re young in Los Angeles, a big metropolitan, cosmopolitan city, what’s my relationship to my friends, to the people I love. Maybe letting go of old things, which is scary, because in our own lives, we face that all the time, particularly when you’re in your 20s.”

When asked for his two favorite moments, it looks like it will be in the last few episodes of the final season. He does say “the writers are not going to leave you ‘wanting’, sometimes you see some finales that leave you like that?” The twists and turns will be realistic, and he promises they will be satisfying.

“We have to make decisions particularly at that point in our lives, and sometimes the decisions are tough. Sometimes life comes along and does things to us that we have never that we never anticipated would happen.”

Gregg thinks think this was intelligently written by the writers. They anticipated how to bring closure to everyone who invested time for five seasons. He says he hasn’t seen this kind of investment in the show in a long time, especially with the binge watchers showing how powerful, relevant and resonant it was for them.

Gregg spoke on the importance of the black family unit in these final episodes and the impact of his affair on that unit. “I will say you’ll see more of the family. Molly learned along the way that I did have an affair outside of my marriage. The boys forgave me but it took her two seasons, to come around to it again. Understanding a loving Father, we have a great relationship, but then she learned I made a mistake. I did make a mistake. Somehow my wife and I weathered the mistake and got on but she couldn’t.”

And the importance of family in general, overcoming mistakes and communicating. “And also this last season, how important her family is to her growth, to her stability in life, because it’s all about family. Because there are families that stay apart for years. Brothers and sisters, mothers don’t talk to the sons. There are families that something happened along the way, and they just don’t communicate. And then toward the end, they realize we wasted all that time angry at each other. And what does it mean in the great scheme of things? So I don’t want that to happen to this family.”

“People make mistakes all the time. So learning that your parents aren’t invincible or superheroes. I think that’s important to Molly’s growth because they’re not superheroes. They’re loving people, but they make mistakes.”

When asked about contributors to Molly’s growth, Gregg says, “I think seeing how relationships went for her. I think seeing how difficult it was to negotiate even good relationships. I think relationships are difficult, particularly with the people you love. If you don’t love them, we really can’t stand them, you can just say ‘forget about it’.  They drive you crazy so I think having the kind of the kind of challenges she’s had with her own relationships might let her see that between a couple, it’s not easy. It takes some pain. The show is about real positive message. There’s usually no second chance. There’s no second act and that’s not always the case. Sometimes people admit their mistakes and ask for forgiveness and seek forgiveness. And they grow from that and try and come together again. So that’s genuine. That’s real. And I’m glad the writers had the integrity to to not just throw David away. He realizes it was stupid, wrong, bad choice, but he still wants his family. He still wants to love and take care of his family.

The story arc captures the important lesson that it was about growth within relationships.

On black role models, Gregg appreciated the show showed the limits of humanity but also displayed a good father-son relationship despite that context. “I’m so pleased that the black men were not vilified at all. And even my relationship with my son’s, we have a healthy, positive, loving relationship. But even in the midst of that they still accept me as a man that they can respect and admire, that they can strive to be like”

Gregg also loved the emphasis on the black community in Los Angeles. “The show showed hard working, loving people, they support their families, and they support each other, even people outside of their blood family. There is an interest in upholding lifting up and supporting each other. I’m proud and honored to be a part of this.”

change the type of stories that’s going out there. The fans had such enthusiasm and happiness as they was telling me what happened in the last episode.”

On its impact on the viewers and how lovable the characters were. “People took us in like a family as if we were part of their family. Oh, that reminds me uncle. Oh, that’s my auntie Oh, that’s my cousin. You know, they began to throw on to the characters their own family, their own blood relations. And that’s an accomplishment for the show.”

You can view the full interview here