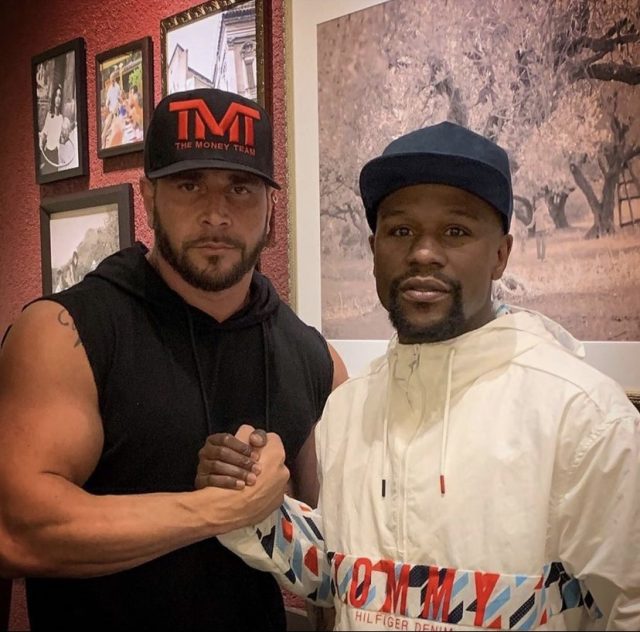 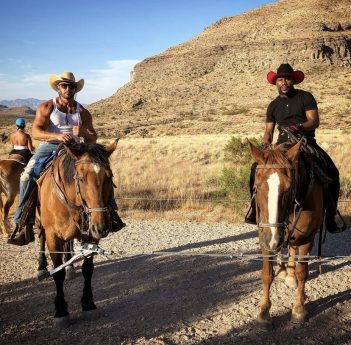 (The Hollywood Times) 8/30/21 – Bright lights, screaming crowds, and constant camera flashes describe the everyday life of Greg La Rosa, one of Floyd Mayweather’s top bodyguards. As a vital part to the Mayweather camp, the around the clock, fast-paced lifestyle brings both glamour and an element of danger. With his tall stature, muscular build, and a bullet wound to his lower leg from the outside looking in, one might assume the life of La Rosa to be predictable. Contrarily, La Rosa, who the boxing world knows as Big G, still has life in perspective. La Rosa, who guards one of the world’s top athletes, has found balance enjoying life on the ranch where he tends to his animals and spends time with his horses. 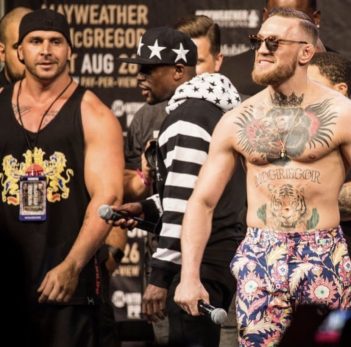 “I would say I have the best of all worlds,” explains La Rosa. “I’ve created a life full of balance. The ranch keeps me humble in the spotlight.”

Far from the limelight, while at home on his ranch, La Rosa and his fiancé rise early each day and tend to the animals. “I never drag myself outside to feed the horses or to clean a stall or to care for the animals,” says LaRosa. “It’s a pleasure to do so because they offer so much more.” He expresses extreme gratitude for his fiancé who looks after the ranch and animals solely on her own when he’s traveling. La Rosa has a great love for horses.  His personal horse, Beth, is a black and white spotted draft horse. He and his fiancé also owned two paint horses, Squirt and Cody. Although Squirt recently passed, she still holds a special place in their hearts. Going on long trail rides gives LaRosa a sense of peace. A couple years ago on a trail ride, LaRosa proposed to his fiancé, Cowboy style. 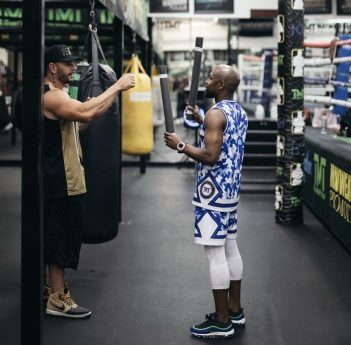 “It’s funny because Hollywood always labels people with marginalized “personas,” says Greg. “A lot of people are only showcased in one light because that’s what sells,” La Rosa explains. Many people in Hollywood recognize La Rosa for his infamous confrontation with former UFC champion Conor McGregor, who deemed Greg a “Juicehead Turkey” during the Mayweather vs Mcgregor world tour. “I’m actually 100 percent natural!” La Rosa adds. He later reached the national and international news once again for “taking” a bullet to the leg while working for Floyd Mayweather during a drive-by shooting. 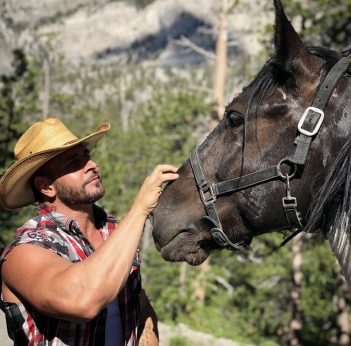 Although his job has afforded him many luxuries such as traveling around the world, helping others is one of his greatest joys. “I’m very blessed to be in this position so it’s my job to give back and not waste the position I’m in,” says La Rosa. Specifically, he wants to give back to children and help them overcome disabilities and illness. La Rosa and his fiancé have been looking into opening a therapeutic riding center or a horse rescue to give back. Opening a riding center is important to LaRosa. The riding center would provide the children with active rehabilitation and allow them to experience a walking motion while on the horses. 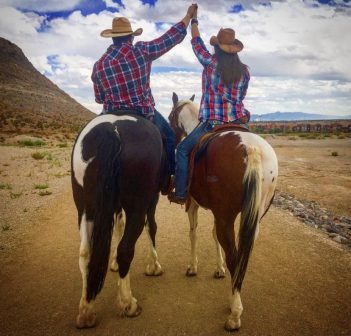 However, for Greg La Rosa, every day brings something new and completely different. There is no limit to the things he has seen. “I’m on call 24/7,” adds La Rosa. “I’m here for Floyd anytime he needs me.” It isn’t rare for La Rosa to find himself in three different countries within a week’s time. On many occasions, his job enables him to live the life of an A-list celebrity. From private luxury huts in Bora Bora and flight attendants bowing to him to red carpets and backstage passes, there is never a dull moment. There have even been several instances where he has narrowly escaped terrorist attacks while traveling. Despite all his world experiences, one of his favorite activities still remains saddling up the horses with his fiancé for late night desert rides and laying on their horses’ backs, looking at the stars and listening to country music.

“With this line of work, you can’t really schedule anything or go to dinner or the movies without possibly getting a call,” says La Rosa. “If Floyd needs us, we are there. That includes holidays as well! It can be very stressful, but it also allows me to value life’s most precious moments and not take them for granted.”

Unlike many other occupations, there is not a blueprint or written schedule that’s planned out.  La Rosa’s job is not for everyone as he must always remain watchful and be able to respond and act quickly. On a daily basis, he has to deal with crying boxing enthusiasts, fans jumping out at Mayweather and the need to defuse bystander altercations. A few years ago, a bullet struck his lower leg, when a drive-by shooter opened fire on one of the Mayweather team’s vehicles as they were departing a restaurant. “It’s tough. It’s not easy, but I love it. I’m fast-paced,” says La Rosa. Amidst the dangers of his job, La Rosa quickly began to bounce back to help tend to his ranch and animals. While he was momentarily unable to travel due to recovery, it was the little things that created his greatest joys. Whether brushing his horses, working on his ranch, or picking up food for his animals these enjoyments helped create a life of balance.

“Most people only see the benefits of this lifestyle and they always say we’re so lucky, but they don’t see sacrifices that come with it such as being away from family, shootings, the unpredictable dangers, and traveling constantly with barely any sleep,” says La Rosa. The risks are real; you could be targeted at any moment.”

Although La Rosa’s rapid, exciting, and sometimes risky lifestyle has him constantly on the move, he has learned to create balance. “It’s been a fun ride and I’m learning everyday how to balance it even more,” says La Rosa.

La Rosa grew up in Toronto, Canada and credits his family for showing him the true importance and purpose of life. “I grew up in a close-knit Italian family. Early on, they instilled many key values upon me,” says La Rosa. “Among those, was the importance of helping others, loyalty and never losing sight of the true meaning of life.

With full days and long nights ahead, one thing remains consistent for La Rosa, his life on the ranch. “The great thing about life is that it is unpredictable,” LaRosa expresses. “Take each step and each day and learn from it. It’s important to keep everything in perspective…I find solace in my ranch.”