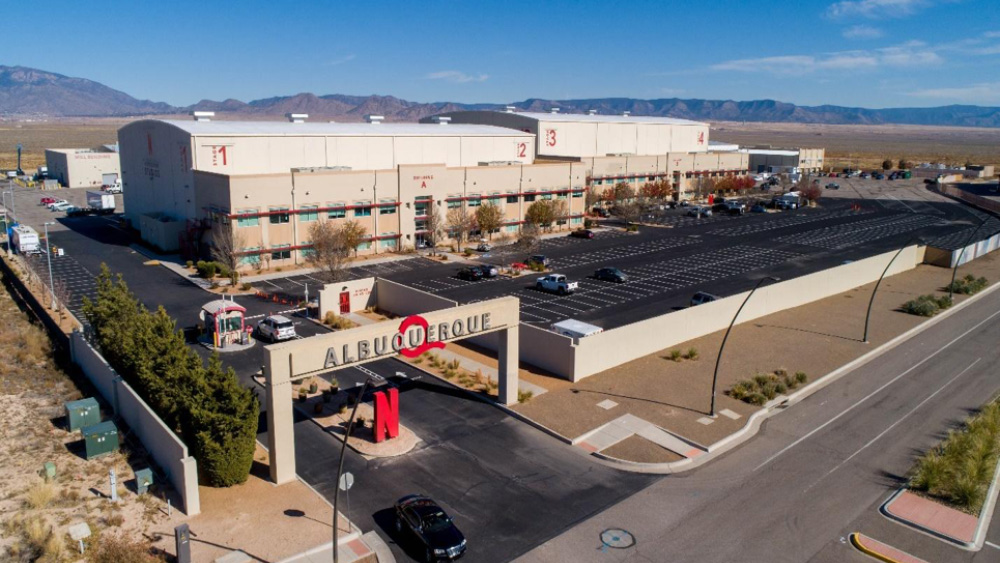 According to a press release from Netflix and this from Tim Keller at Deadline Hollywood:

Santa Fe, NM (The Hollywood Times) 11/24/20 – New Mexico Gov. Michelle Lujan Grisham, Albuquerque Mayor Tim Keller and Netflix Co-CEO Ted Sarandos right now are announcing that Netflix will boost its presence in the state by expanding its ABQ Studios and committing to an additional $1 billion in production spending. The Studio expansion will add 300 acres to the company’s existing studios, located in Albuquerque’s Mesa Del Sol area. They said it will make ABQ Studios one of the largest high-tech and sustainable film production facilities in North America. The new investment will create an estimated 1,000 production jobs in New Mexico over the next ten years, along with 1,467 construction jobs to complete the expansion. The ABQ Studios will bring $150 million in capital expenditures as up to 10 stages will be added as well as post-production services, production offices, mills, backlots, and training facilities, wardrobe suites, a commissary to support meals and craft services, and other flex buildings to support productions.

Netflix purchased Albuquerque Studios in 2018 and has since spent more than $200 million in the state, utilized more than 2,000 production vendors, and hired over 1,600 cast and crew members. Production is ongoing there on the original films The Harder They Fall and Intrusion. The plan is for filming to begin soon on Stranger Things 4 in Albuquerque as Netflix brings a bulk of its signature series there after previously shooting in Atlanta. Other Netflix productions filmed in New Mexico include Army of the Dead, El Camino, Godless, Daybreak, Chambers and Messiah. Netflix also has production hubs in Los Angeles, Atlanta and Brooklyn, New York, and Vancouver.

“Ever since Netflix first chose New Mexico, they have been nothing but an incredible partner, pushing the boundaries of innovation and expansion while providing fulfilling work opportunities for so many New Mexicans,” said Governor Lujan Grisham. “My administration has expanded our state’s competitive film incentives, facilitating higher-wage employment for New Mexicans all across the state and increased opportunities for rural communities. I am glad Netflix has chosen to double-down on its commitment to our state, and our partnership will continue to grow for the benefit of New Mexicans across the board.”

A short hop from Los Angeles, New Mexico production was strong, before the Netflix expansion. According to the state, in 2003, direct spend in New Mexico was $7 million. In fiscal year 2019, it reached a record high of $525.5 million. Netflix will generate an estimated $344 million in taxes to the state, local school district, and other local governments. Said Alicia J. Keyes, New Mexico Economic Development Department Cabinet Secretary: “This expansion is the result of an incredible partnership with Netflix that will set a precedent in the industry and signal that New Mexico is the place to be for film and television production. Not only will there be an additional 1,000 high-paying jobs for New Mexicans plus an estimated $2.5 billion that will benefit New Mexico’s economy, but we are setting the stage for future generations to stay in our state and have employment opportunities with one of the world’s leading global digital media companies.”

Part of the proposed investment brings a focus on growing the crew base and talent pool, and Netflix has committed to provide training programs for below-the-line positions in partnership with the New Mexico Film Office, local universities, labor and industry organizations. Netflix has also committed to support New Mexico’s Native American, Latino, Black and other underrepresented groups’ content creators and filmmakers.