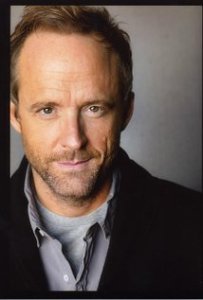 where during the Santa Fe Film Festival we had a great opportunity to attend Acting Workshop w/ John Benjamin Hickey: From the Stage to the Screen (No subject).You may know him from his role in Manhattan or perhaps in Truth or Flags of Our Fathers or Transformers: Revenge of the Fallen or maybe even from Broadway. This Emmy-nominated, Tony Award-winning actor talked about how to elevate your craft to the next level with the same techniques and insights that have helped him become one of the most sought-after  talents in film, television and the stage. He shared his experiences while performing in the Normal Heart, Larry Kramer’s play in the early 90’s that he performed in NY about the HIV epidemic, New York City. Almost 30 years later, he’s cemented his place as an insider, landing roles on everything from Showtime’s “The Big C” to “Pitch Perfect,” “The Good Wife”and the hit WGN America series “Manhattan,” on which he played theoretical nuclear physicist Frank Winter. He shared that exploring a character that is so far outside of your own experiences you have to go another direction and “If you have a hard time understanding the brainy stuff, you have to look at the emotional truth of the character.” He also shared with us that he still faces what a lot of us face the — dreaded audition and oftentimes not getting a part you really wanted. So, do your homework and bring your A game and then “forget about it.”

Mr. Hickey will also be starring in Six Degrees of Separation with Allison Janney in NYC in April of next year – don’t miss it.

It was a very dynamic experience with talent and humanitarian, John Benjamin Hickey!