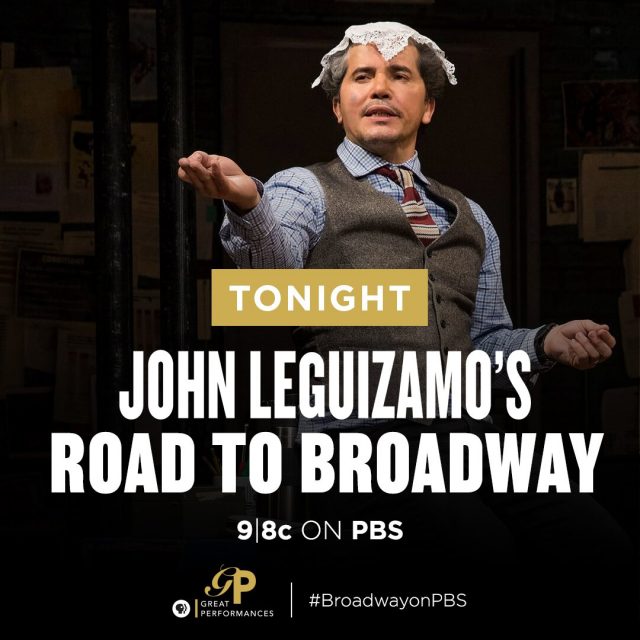 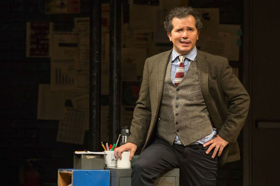 Great Performances: John Leguizamo’s Road to Broadway, will premiere on PBS stations from coast-to-coast this Friday at 9pm (check local listings) and stream beginning November 17 at pbs.org/gperf and on PBS apps. Fans have been tuning in to Leguizamo’s Tony-winning “Latin History for Morons” and now, with this documentary, they can go behind the scenes with the brilliant performer to learn how the production was created from idea to curtain call.

Follow John Leguizamo’s path to the Great White Way with his Tony-nominated play, Latin History for Morons, a comedic yet pointed look at the systematic repression of Latino culture throughout American history

John Leguizamo’s Road to Broadway follows the always provocative Leguizamo as he prepares for his most challenging theatrical quest yet – cramming 3,000 years of Latino history into 90 minutes of stage time for his one man show. With extraordinary access to his creative process, the film traces the evolution of his latest success, Tony-nominated play Latin History for Morons, from its challenging premise through its triumphant debut. A special co-presentation of Great Performances and Latino Public Broadcasting’s VOCES, John Leguizamo’s Road to Broadway, directed by Ben DeJesus, premieres nationwide Friday, November 16 at 9 p.m. on PBS (check local listings). The film will be available for streaming on November 17 at pbs.org/gperf and on PBS apps.

Inspired by real life, the show begins when Leguizamo’s son gets a school assignment on heroes, and Leguizamo embarks on a quest to find him a Latino hero to celebrate. In the process, he delivers an irreverent crash course in 3,000 years of buried history, with Leguizamo acting all of the characters. Along the way, he uncovers provocative truths that shock even him.

Infused throughout the documentary is Leguizamo’s special brand of humor and willingness to expose himself personally, a rare combination that has made him a unique force in American theater, from his debut show Mambo Mouth through a string of successes that include Spic-O-Rama, Freak, Sexaholix…a Love Story and Ghetto Klown. The road to his ultimate goal – making Latin History for Morons his next Broadway hit – unfolds in a cross-country adventure that not only offers an intimate look into the journey of a singular artist, but also shines a light on the rarely-told stories of Latino heroes who made their mark on America. As opening night approaches, Leguizamo navigates the challenges of writing (and re-writing) history lessons meant to both enlighten and entertain.

“We’re delighted to present this insightful, funny and moving new documentary with Great Performances,” said Sandie Viquez Pedlow, executive producer of LPB’s VOCES. “John Leguizamo has transformed the Latino stage experience and this film gives us an invaluable inside look at a true genius at work.”

“We’re honored to include John Leguizamo as part of our ‘Broadway’s Best’ lineup this year,” said David Horn, executive producer for Great Performances. “We believe viewers will love the inside look into not only the play’s creation, but also into the brilliant mind of Leguizamo, an artist who is making his own mark on Broadway history.”

John Leguizamo’s Road to Broadway is a production of NGL Studios, in association with THIRTEEN Productions LLC for WNET and Latino Public Broadcasting (LPB) with major funding provided by the Corporation for Public Broadcasting. Sandie Viquez Pedlow is executive producer for VOCES and LPB. For Great Performances: Bill O’Donnell is series producer and David Horn is executive producer.

Great Performances is produced by THIRTEEN Productions LLC for WNET, one of America’s most prolific and respected public media providers. Throughout its more than 40-year history on public television, Great Performances has provided viewers across the country with an unpa

ralleled showcase of the best in all genres of the performing arts, serving as America’s most prestigious and enduring broadcaster of cultural programming.

Produced by Latino Public Broadcasting, VOCES is the signature Latino arts and culture documentary showcase on PBS, and the only ongoing national television series devoted to exploring and celebrating the rich diversity of the Latino cultural experience. The series is supported in part by the National Endowment for the Arts. 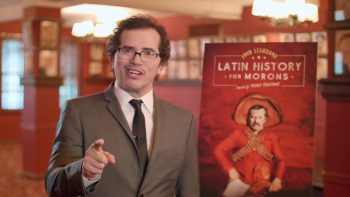 Latino Public Broadcasting (LPB) is the leader in the development, production, acquisition and distribution of non-commercial educational and cultural media that is representative of Latino people, or addresses issues of particular interest to Latino Americans. These programs are produced for dissemination to public broadcasting stations and other public telecommunication entities. Latino Public Broadcasting provides a voice to the diverse Latino community throughout the United States and is funded by the Corporation for Public Broadcasting. Latino Public Broadcasting produces the series VOCES, the signature Latino arts and culture documentary showcase on PBS and the only ongoing national television series devoted to exploring and celebrating the rich diversity of the Latino cultural experience.  Between 2009 and 2018, LPB programs won over 111 awards, including the prestigious George Foster Peabody Award as well as two Emmys, Imagen Awards and the Sundance Film Festival Award for Best Director, Documentary. In addition, LPB has been the recipient of the Norman Lear Legacy Award and the NCLR Alma Award for Special Achievement – Year in Documentaries.