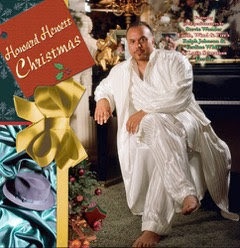 Produced by Hewett, the late George Duke, Ralph Johnson and Monty Seward, Howard Hewett Christmas, will take you down Christmas memory lane and bring you back to the present with his spin on holiday classics like the Donny Hathaway penned music staple,  “This Christmas,” “The Christmas Song,” “’Baby It’s Cold Outside,” “Silent Night” “Sleigh Ride,” and originals “I Remember Christmas,” and “That’s Christmas.”

Hewett feels his single and album are just what the people need. He said, “Christmas has always been a magical time for the people, and they need that magical, special time, especially now, in the middle of what we’re going through with the Covid-19 times we’re living in…and this music will bring the magical.”

Your holiday music playlist won’t be complete without the heart-warming album that will brighten your holidays, Howard Hewett Christmas.

“That’s Christmas,” the video of the single (originally shot with an iPhone), featuring personal images of Howard Hewett, family, home and Christmas love is available on YouTube.

Having gotten his mainstream break as the lead singer of  the legendary R&B group  Shalamar (which originally included Jeffrey Daniel and Jody Watley), the incomparable tenor is an unforgettable mainstay in the music world today. The balladeer who brought us solo hits like “I’m For Real” and showed his phenomenal vocal acrobatics on the classic “For The Lover In You,” and classic inspirational genre bending mega-hit “Say Amen” from his 1986 Platinum selling album I Commit To Love.  Hewett has reached over 5 million views on YouTube, appealing across generations and musical genres from R&B and pop, to Inspirational and Gospel.