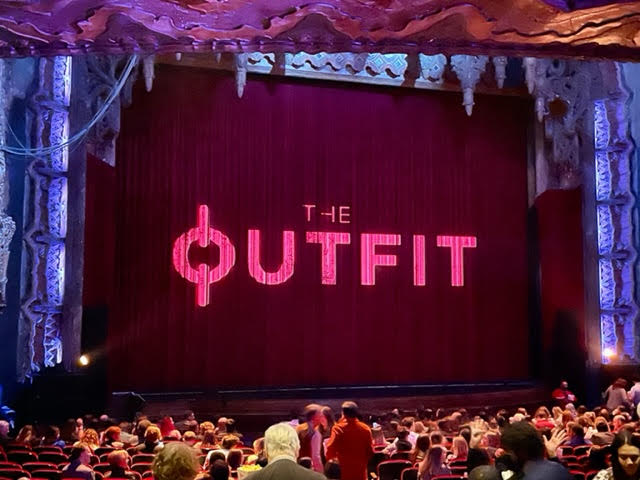 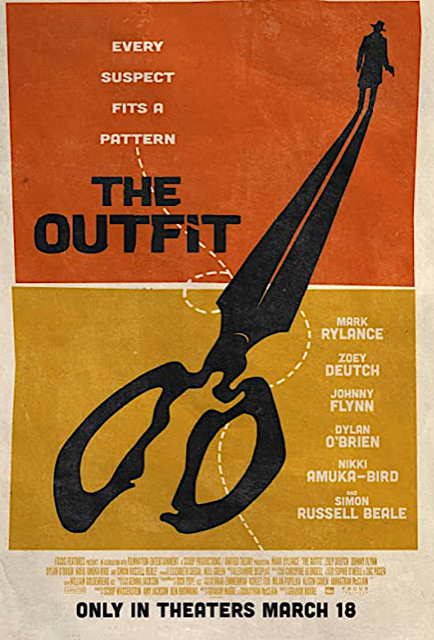 Los Angeles, CA (The Hollywood Times) 3/16/22 – Tuesday, March 15 was the U.S. gala premiere of Graham Moore’s The Outfit (2021) at the United Artists Theatre of the Ace Hotel in Downtown Los Angeles, hosted by Film Independent and Focus Features. Graham Moore’s feature-length directorial debut, The Outfit, is a dapper, twist-filled crime story that relies more on dialogue than gunplay to move the action. Set in Chicago circa 1956, though bearing little relationship to the setting other than the proliferation of mobsters and a clattering of sawed-off Chicago accents, the film spends its entire running time in one neatly appointed men’s suit store on a long winter evening that keeps getting interrupted by men with guns and increasingly frayed tempers. Written for the screen, The Outfit really feels like a stage play with the talky, voice-over laden mousetrap plot. The Outfit is also a refreshingly grown-up, original work, as pleasingly assembled as if cut from fine cloth and cleverly constructed. The film was recently at the Berlin International Film Festival 2022 and is playing in Los Angeles in selected theatres. 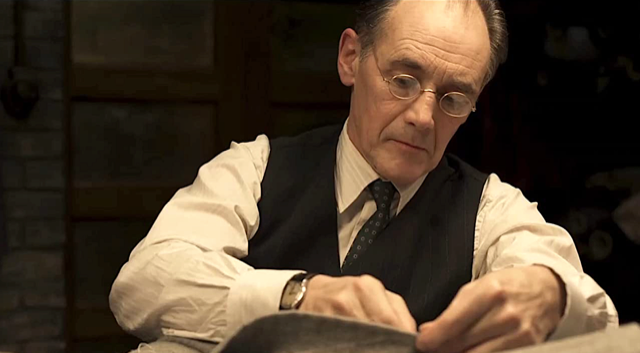 On the surface, the film’s story couldn’t be more different than that of Morten Tyldum’s The Imitation Game (2014), for which Moore won an Oscar for his script, though both films share a love of nattily attired Englishmen puzzling out problems in life-or-death situations. The Englishman in this case is the suit store’s owner, Savile Row-trained tailor Leonard (Mark Rylance). He makes his living not just by crafting men’s suits but looking the other way when members of the Boyle crime family show up to use the message drop box in the backroom. Leonard drinks his tea, cuts his cloth, and avoids thinking about what is really going on in his own shop.

The precise and seemingly placid Leonard sustains this high-wire act primarily through the deference provided by his friendship with the patriarch of the Boyle family, Roy (Simon Russell Beale). But that chummy, civilized arrangement is shattered on the night that Francis (Johnny Flynn), Roy’s quite volatile right-hand gunsel, brings in the mob boss’s son, Richie (Dylan O’Brien), who’s been shot in the stomach by a rival clan of the Boyles.

In the story that follows in a quasi-Hitchcockian manner, Leonard keeps multiple plates spinning to save his life and that of his secretary, Mable (Zoey Deutch). At gunpoint, Leonard puts his sewing skills to work patching up the bloody and screaming Richie after he gets shot in a gun battle with a rival La Fontaine Gang. Adding to the mobsters’ tension is the discovery that there’s an informant and that the F.B.I. has bugged the store. Also pushing events to a head is that a secret, cross-national organized crime ring known as the Outfit has left word that they’re considering the Boyles for membership and are planning to visit that night, amplifying the need to identify the rat. 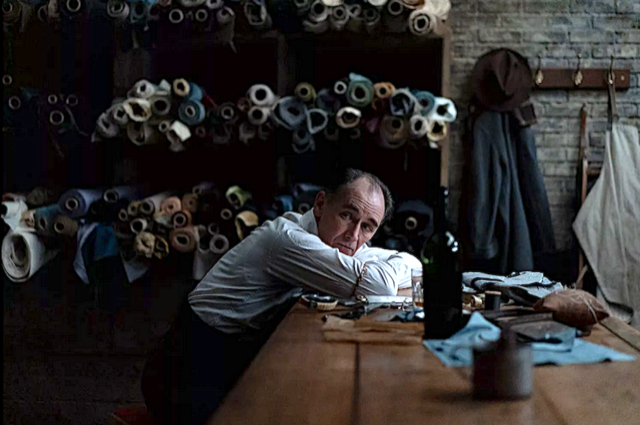 The plot thickens as we come to realize that Leonard is an excellent stone-faced liar and, when he finds himself squarely in the crosshairs of potential danger, he cleverly engineers his way out by playing one mobster off another. Apparently the real issue is an F.B.I. audiotape, which the Boyle mobsters have gotten a copy of and are trying to find a machine to play it on so that they can identify the informant. We end up with a dead body stored in a chest that’s slowly leaking blood onto the shop’s spic-and-span floor. 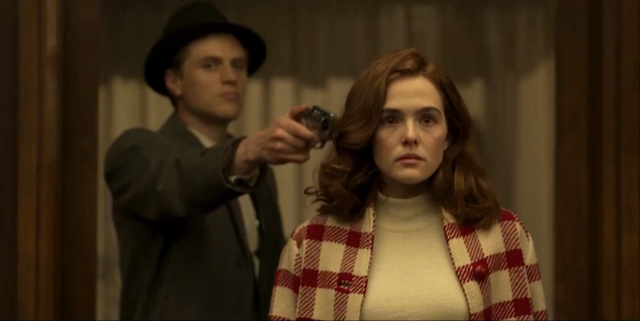 The Outfit works – largely due to its intelligent, non-hyperbolic writing and performances. Rylance’s blend of warmth, cunningly serene competence, and humility makes Leonard’s ability to navigate one threat after another more believable. His performance is matched by that of Beale, whose sharp take on the shrewd gangland warlord reads as nearly Shakespearean in its somehow not contradictory mixture of self-awareness and blind ego. And Deutch, in a nervy performance with a pitch-perfect Chicago accent) turns Mable from a woman in distress to a keen-eyed operator with secrets of her own, who’s playing the same deadly game as the others.