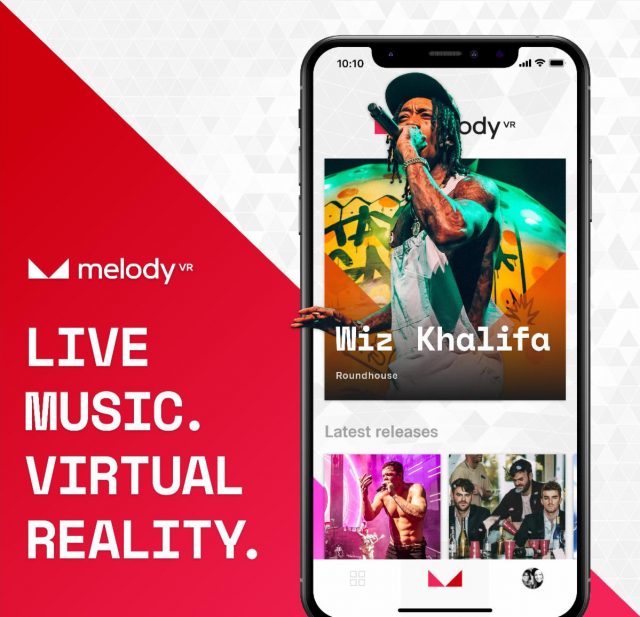 MARSHMELLO AND KANE BROWN TO PERFORM LIVE FROM CENTRAL PARK, NEW YORK TO A GLOBAL AUDIENCE  – IN VIRTUAL REALITY

This first-of-a-kind broadcast, with America’s #1 morning news program, represents a major landmark for entertainment. Never before has live music been viewable in person, on national television and in VR globally, simultaneously.

The best part  … all people need is a smartphone or iPad and the MelodyVR app to experience this event and be transported virtually to Central Park for this free to stream performance.

MelodyVR‘s custom technology will broadcast the show from multiple points of view, empowering fans to control their own experience by giving them choice over what they see and where they stand.

By selecting different Jump Spots – a function which is unique to the MelodyVR platform – viewers can choose to watch the performance up-close-and-personal on stage with Marshmello and Kane Brown, from the front row or from the middle of the crowd.

“Stoked that fans all over the world can experience our GMA performance live in virtual reality. I can’t wait for crowds in the park, on TV and at home in VR to come together for this – It’s gonna be sick!”

“It is really cool to be a part of something like this that’s never been done before. I can’t wait to hit the stage with Marshmello to play our new song for the first time, and for fans at home to be able to experience this performance in a whole new way.”

The MelodyVR app is free to download, and music lovers can enjoy the platform’s full functionality and music library from their smartphones. The GMA performance will be accessible to any smartphone user in full 360-degree video. Owners of Samsung Gear and Oculus VR headsets can also be part of the action, with a fully immersive VR experience available to them.  Fans who were at the show or those at home who missed it, can relive the action on-demand on the MelodyVR app too.

Anthony Matchett, Founder & CEO of MelodyVR said “We are thrilled to be working with the ABC team, to help deliver the closing GMA 2019 Summer Concert as a unique broadcast in virtual reality. This partnership represents a huge milestone for music entertainment – making live music accessible in person, on national television and in VR around the world, simultaneously.

The MelodyVR experience is so much more than just watching live music, it’s about participating in it, and feeling like you’re really there; offering a life-like broadcast in which music lovers get the best seat in the house, regardless of their physical location. We’re thrilled to be bringing this experience to Marshmello and Kane Brown’s fans and we can’t wait for the show.”

“GMA is always looking for ways to bring viewers live events in modern, innovative ways. With the help of MelodyVR, GMA viewers are able to experience our summer concert like never before,” says Simone Swink, Executive Broadcast Producer, Good Morning America. “The MelodyVR app brings GMA to an entirely new platform and gives you an even better seat at the show.”

Melody VR launched in 2018 with a simple mandate: not to replace the live experience, but to harness the power of virtual reality to get people closer to the music they love.

By using VR technology, the founders realized that they could place fans in the crowd or on-stage with their favorite musicians at live events. From epic stadium shows to intimate studio performances, the possibilities are endless; Capacity restrictions are eliminated, music fans can attend otherwise sold-out dates, and the barriers (distance, age, cost, access) that might keep people from the experiencing their chosen artists live are swept away. The result? Artists can reach more fans than ever before with a level of intimacy which has previously never been possible.

MelodyVR is the only licensed VR music platform and has the world’s largest library of immersive and interactive music experiences from the likes of Post Malone, Blake Shelton, Wiz Khalifa, Kelly Clarkson, Niall Horan, Fall Out Boy, Bebe Rexha, The Chainsmokers and Imagine Dragons.

The GMA Summer Concert Series airs Friday’s on “Good Morning America” from 7-9am ET on the ABC Television Network.