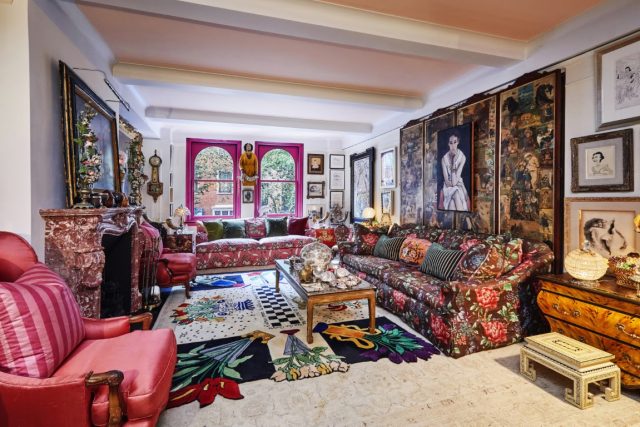 Gloria Vanderbilt’s Manhattan apartment was just as colorful and fashion-forward as the lady herself.  A socialite known around the world, great-great-granddaughter of Cornelius Vanderbilt, and the mother of CNN anchor Anderson Cooper, Gloria was also an artist and clothing designer who made her own fortune when she first put her name on a pair of designer jeans.  What followed was a career that made denim fashion history.  Her charming Beekman Place apartment was listed for sale in July at $1.12 million.  The apartment is in contract, last asking $1.12 million, but it received many offers substantially over that amount. The sale has not yet closed, nor has the final sale amount been revealed.