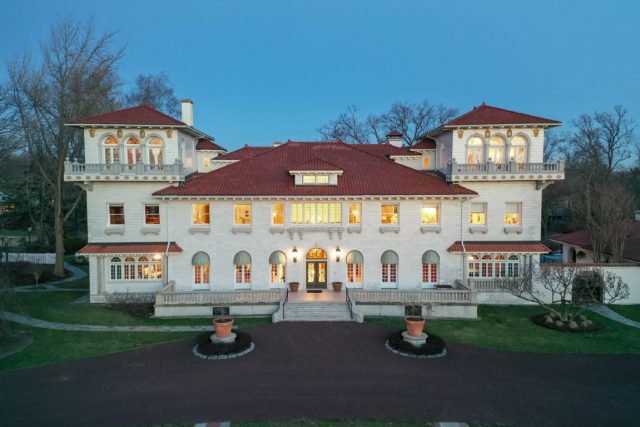 Well…not exactly peanuts, but perhaps the deal of the year!  An Englewood, New Jersey mansion that was built for Polish royalty and was once owned by Joseph Kennedy, patriarch of the Kennedy clan, who gifted it to his mistress, silent-film-star Gloria Swanson, has sold for $4.6 million, or about 88% under its original asking price of $39 million.