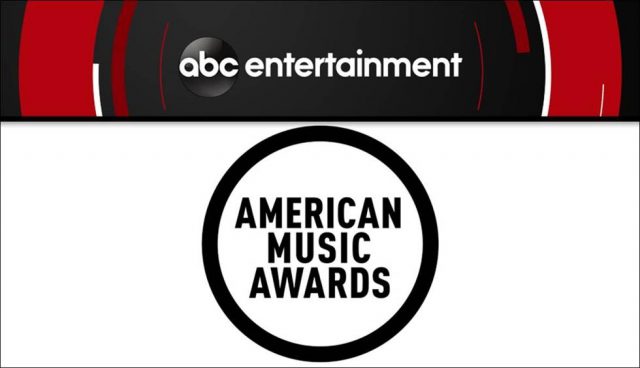 Having Won More American Music Awards Than Any Other Artist This Decade, Swift Will Take the Stage for an Unprecedented Awards Show Performance Celebrating the Biggest Hits of Her Career

“Taylor’s impact on music this decade is undeniable, and her performances on the American Music Awards have been truly spectacular,” said Mark Bracco, executive vice president, Programming & Development, dick clark productions. “We’re thrilled to honor her as our Artist of the Decade and can’t wait for her to blow everyone away with an epic, career-spanning performance unlike any other!”

The American Music Awards is where the world’s biggest artists and pop-culture icons come together to honor idols, newcomers and record-breakers in the contemporary music scene. As the decade comes to a close, this year’s show celebrates the past 10 years with some of the best moments in music and live performances from the biggest names in the industry. From Pop and Rock to Country, Hip Hop and beyond, it only happens here.

American Music Awards nominees are based on key fan interactions as reflected on Billboard.com, including streaming, album and digital song sales, radio airplay, social activity and touring. These measurements are tracked by Billboard and its data partners, including Nielsen Music and Next Big Sound, and reflect the time period of Sept. 28, 2018, through Sept. 26, 2019. The American Music Awards winners are voted entirely by fans.

Voting is now open for all American Music Awards categories. Fans can access the official voting ballot for the American Music Awards directly by visiting goo.gle/AMAsVote or by going to Google.com and using the search terms “AMAs Vote” or “[Nominee Name] AMAs Vote.” Fans can submit up to 30 votes per category per day per Google account while voting is open. Voting will close on Wednesday, Nov. 20, at 11:59:59 p.m. PST.

The “2019 American Music Awards” is sponsored by T-Mobile.

Tickets are now on sale at www.axs.com.

Taylor Swift’s seventh studio album “Lover” is not only the top-selling album of 2019, it is the highest selling album since “reputation” was released back in 2017 and broke the record for most simultaneous entries by a female artist in Billboard’s Hot 100 history with all 18 tracks from “Lover” charting! This is a testament not only to her devoted fans but also to her songwriting prowess. As USA Today said, “Critics are falling in love with Taylor Swift’s latest album ‘Lover.’” Rolling Stone hailed, “’Lover’ is a career-topping masterpiece” and “the superstar’s writing is better than it’s ever been,” while A.V. Club called “Lover,” “one of her strongest, most relatable albums to date”; and Vulture said, “The old Taylor is back on ‘Lover’ and the best she’s been in years.”

Swift recently released the title track, “Lover,” with critics raving, “Both aching and achingly pretty, ‘Lover’ effectively transmits its romantic signals by putting the songwriting of Swift — a masterful writer who gets the solo credit here — front and center” (Billboard Magazine), while People Magazine said “’Lover’ might be her most romantic song yet.” Taylor’s socially conscious second single, “You Need To Calm Down,” follows the debut single “ME!,” which broke multiple records to date. With 65.2 million views in 24 hours, Swift now holds YouTube’s most-viewed video by any female and solo artist. “ME!” is also the fastest music video to reach 100 million views on Vevo (in only 79 hours) and broke the record for the most views in a single day by any artist. In addition to “ME!” and “You Need To Calm Down,” Swift is a 10-time GRAMMY® winner, singer, songwriter, musician and producer. She is the youngest person in history to win the music industry’s highest honor, the GRAMMY Award for Album of the Year, and is the first female solo artist to win this prestigious award twice. Rolling Stone listed Swift as one of the 100 Greatest Songwriters of All Time. Time magazine featured her on their prestigious 2017 Person of the Year cover, has named her one of the 100 Most Influential People in the world and included her three times at TIME 100. A Brit and Emmy® Award winner, Swift is Billboard’s youngest-ever Woman of the Year and the only artist to have been awarded this honor twice. She is the only artist in history to have four consecutive albums sell over 1 million copies in their week of release (“Speak Now,” “RED,” “1989” and “reputation”) and the only female artist to have six albums each sell at least 500,000 copies in a single week (“Fearless,” “Speak Now,” “RED,” “1989,” “reputation” and “Lover”). For more information on Taylor Swift and her new album “Lover,” visit TaylorSwift.com.

About the American Music Awards

The American Music Awards, the world’s largest fan-voted award show, features performances from today’s hottest artists and presents fan-voted awards in the music genres of Pop/Rock, Alternative Rock, Country, Rap/Hip-Hop, Soul/R&B, Adult Contemporary, Contemporary Inspirational, Latin, EDM and Soundtrack, and the categories of Artist of the Year, New Artist of the Year, Collaboration of the Year, Tour of The Year, Favorite Social Artist and Favorite Music Video. The American Music Awards pays tribute to today’s most influential and iconic artists.  The show is produced by dick clark productions and is seen in more than 200 countries and territories around the world. For more information, visit www.theamas.com, www.dickclark.com or abc.com/shows/american-music-awards.