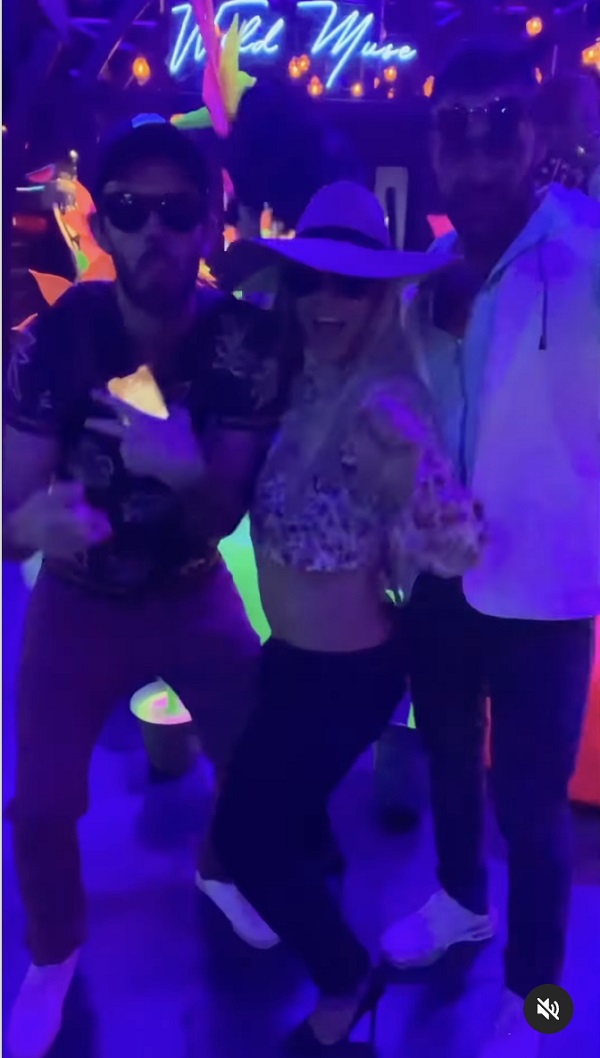 While visiting the immersive art and entertainment district located minutes from the Las Vegas Strip, Spears and Asghari were spotted running around the destination holding hands, smiling and laughing.

After Spears shared her visit to AREA15 on Instagram, Paris Hilton, the American media personality, socialite, businesswoman, model, singer and DJ, commented on the post saying, “Love AREA15! I went there for my bachelorette weekend!”