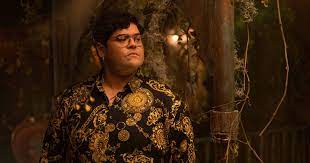 Since premiering in 2019 on FX, Jemaine Clement’s series What We Do In The Shadows has received critical and audience acclaim for continuing the narrative started in the 2014 mockumentary of the same name starring Clement and directed by Taika Waititi (who also serves as an executive producer on the series). 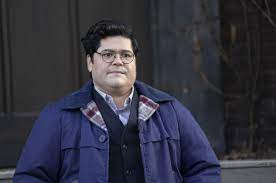 GLAAD’s Anthony Allen Ramos sat down with Harvey Guillén to discuss the series, which is up for Best Comedy Series at this year’s Emmys, along with the most recent episode titled “Pine Barrens”, a big moment for the fan favorite familiar as he came out as gay to his family. 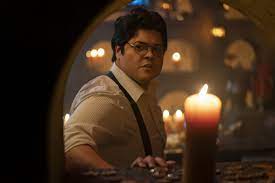 Harvey Guillen on when he found out that Guillermo was going to come out on WWDITS:

They really don’t even tell me the storyline until I have to go to the table read and that’s when I find out a lot of the story! I know there were parts sprinkled in episodes where (Guillermo) was talking to someone overseas and we never hear the voice. Whenever we shot those scenes, the (writers) were just like ‘it’s someone that he’s been dating’ and I am like but who, who am I dating… is it male? Is it female? Who is he talking to? And so eventually when I got this script, it was just so heart wrenching just because it was kind of, you know, therapeutic and it was nostalgic for me in the same way it was being of Mexican descent and, and having my own coming out experience. It was like a mirror, , it was so crazy to be doing a scene for a comedy, for television, with a storyline that’s very close to home.” 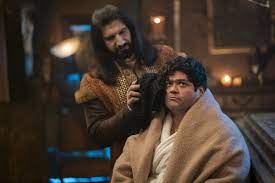 Harvey Guillen on why Guillermo coming out on WWDITS is so important for all audiences:

As soon as the episode aired my messages and on Twitter and DMs were flooded with people who were in the closet or said ‘I’m Latinx and I have the fear of coming out to my parents or my family won’t accept me and this (episode) really kind of made me feel a little bit more comfortable that it might be okay.’ It becomes an educational moment where there might be someone watching this show and dropping their guard and be like, ‘I love these characters. I love all these characters and then watching and never thinking that Guillermo might be gay and then seeing someone that they actually have grown to love a person, a character on TV, be like, ‘wait, he’s gay and that’s okay!” 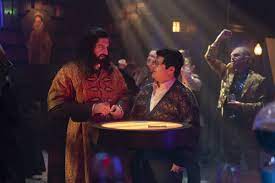 Harvey Guillen on being bullied as a kid and knowing he was different early on:

I remember being like six years old and going to Mexico with my mom to visit my grandma … I went over to the neighbor’s house and these kids were playing on the dirt road and I said, ‘wanna play?’ and they were like, ‘no, we can’t play with you because our brother said that you’re a mariposa,’ which translates to “butterfly,” which is a [Spanish language slang] negative derogatory word for someone who might be gay and so I didn’t understand that at the time. … And then I got my truck and I said, well, I don’t wanna play with you anyways. I started walking away and then I felt something grazing my ear. And when I turned around, it was a rock and it gashed me. … it just gushed blood. And then I fell on the floor. So, I was covered with blood and dirt. And I picked myself up crying and I ran all the way home. And I told my mom, they called me mariposa. … And she, I could see in her eyes she was taking control of the situation. She knew what they meant. She didn’t want her son to feel different and less than so she said, que importa? Who cares that they called you mariposa, butterflies are beautiful. And that’s when I knew that we were in it together and it was like a moment of ‘she knows something’s different about me. I know something’s different about me, but she’s protecting me.’ 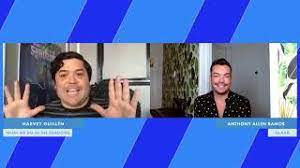 Harvey Guillen on how WWDITS handled Guillermo’s coming out:

“What I really love about the show is that we addressed in a way where coming out wasn’t the demise of the character. Coming out was only the beginning and the opening of a future and the door, and that’s really what it should be. Coming out should be at your own pace at your own time. There’s no ticking time bomb, and when the time is right, it’s right. Also never fear that you’ll lose people, because if you lose people for being your authentic self, then they never loved you for being who you are. You deserve a family, your chosen family that you get to choose to be surrounded with who loves you authentically unconditionally for who you are.” 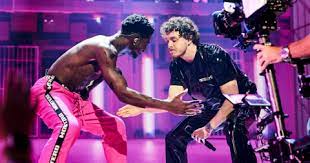 Harvey Guillen on WWDITS getting critical acclaim a couple seasons in :

“I just love going to work every day and the fact that we get these accolades on the other end of it, that’s just a cherry on top. You know, you never think you’re gonna get a nomination.

You assume you don’t. And then when you do, it’s just a nice surprise. And that just happened. Last week we won the Hollywood Critic Association’s Best Comedy, on a cable network. We didn’t expect it. We literally didn’t, we were on the table. We’re like, we’re probably not…so it really caught us off guard! I became emotionally overwhelmed. It was just a reminder to any kid, Latino kid or any kid that feels like they’re an outsider and who’s, you know, maybe plus size, the color of their skin. It doesn’t matter. You deserve to be loved, and you’re needed.” 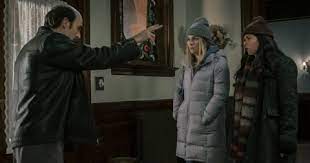 “The final episode of season four is going to change everything!”