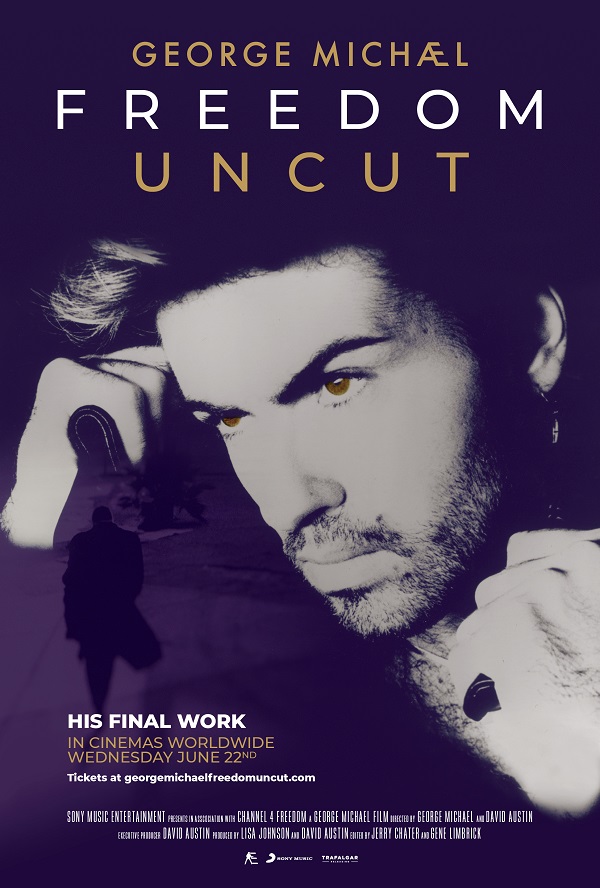 Anthony Allen Ramos, Vice President of Communications & Talent of GLAAD, said, “Pride Month is a perfect opportunity to remember the trailblazing legacy of George Michael within the music industry and beyond.  The release of GEORGE MICHAEL FREEDOM UNCUT will help audiences learn so much about the performer’s extraordinary life. It is truly special to see the film’s never before seen footage and personal stories about his touching love story with Anselmo Feleppa, who unfortunately left us far too early.”

A poignant and moving tribute to the legacy of one of Britain’s greatest performers, in his final work George Michael reclaims the narrative of his career, personal life and controversies. Throughout the film, Michael reveals openly and honestly the two distinct sides of his life: his very public music career and his private personal life that cameras never truly saw. Michael was heavily involved in and dedicated to the making of this documentary before his tragic passing in 2016, making GEORGE MICHAEL FREEDOM UNCUT an incredibly special posthumous release and a poignant and moving tribute to his legacy.

Narrated by the late Grammy® Award winner himself, GEORGE MICHAEL FREEDOM UNCUT delves into the turbulent period after “Faith” leading up to, during and after the making of Michael’s “Listen Without Prejudice: Vol 1” album in 1990. At this pivotal time, Michael is able to fight for his artistic freedom and lead the way for others. As the film clip posted at GLAAD beautifully illustrates, it was at this period of his life when Michael meets his first real love, Anselmo Feleppa, and nothing is ever the same for him. The moving film later explores how the legendary singer navigates both the heartbreak of Anselmo’s early tragic passing and the devastating loss of his mother. 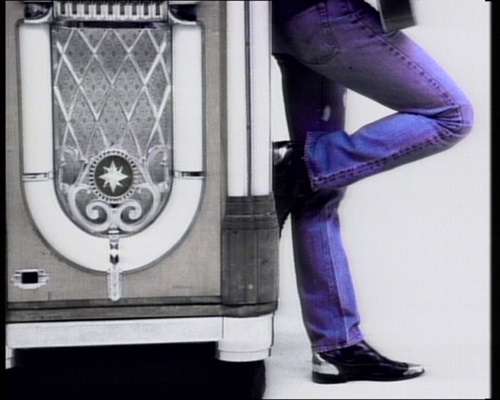 In celebration of George Michael’s iconic album Older, Sony Music will release a deluxe, limited-edition box set in July. The set will also be available in digital/CD/2LP formats. Older was George’s third album as a solo artist and would see him experimenting with new musical styles and expanding his artistic horizons. Hailed by critics as a triumph, it told the story of an extraordinary period in the life of the man who wrote, recorded, and produced it, as he journeyed through one of the most turbulent periods of his professional and personal life.
About GLAAD
GLAAD rewrites the script for LGBTQ acceptance. As a dynamic media force, GLAAD tackles tough issues to shape the narrative and provoke dialogue that leads to cultural change. GLAAD protects all that has been accomplished and creates a world where everyone can live the life they love. For more information, please visit www.glaad.org or connect with GLAAD on Facebook and Twitter.
About Sony Music Entertainment Premium Content
Sony Music Entertainment’s (SME) Premium Content division is a full-service content development studio showcasing the Company’s global legacy, scale and robust offerings for top creative talent around the world. Designed to provide our artists and creators with unique opportunities to captivate new global audiences, the team develops, produces, and distributes a range of premium projects across film, television, podcasting, gaming and more. Tapping into SME’s vast portfolio and catalog libraries, the division champions innovative ideas and collaborations across the Sony entertainment companies to amplify our artists’ creative vision and engage fans with captivating content across all formats.
About Trafalgar Releasing
Trafalgar Releasing is the global leader in event cinema distribution. A subsidiary of Trafalgar Entertainment, Trafalgar Releasing’s global operations include production, acquisition, marketing, and distribution of specialised content to over 8,000 cinemas in more than 120 countries worldwide.
A full spectrum of releases includes world-class opera and ballet (The Metropolitan Opera, Royal Opera House), award-winning theatre (including The King and I: from the London Palladium, Kenneth Branagh Theatre Company’s The Winter’s Tale, and 42nd Street), iconic moments (Monty Python’s Life of Brian 40th Anniversary, David Bowie is happening now,  They Shall Not Grow Old), heritage music acts (Metallica & San Francisco Symphony: S&M2, Depeche Mode: SPIRITS in the Forest, Oasis Knebworth 1996) and contemporary music sensations (BLACKPINK THE MOVIE, Coldplay: A Head Full of Dreams), including four global events with K-pop superstars BTS (Burn The Stage: The Movie, Bring The Soul: The Movie, Break The Silence: The Movie and the record-breaking live concert broadcast Permission To Dance On Stage – Seoul: Live Viewing).