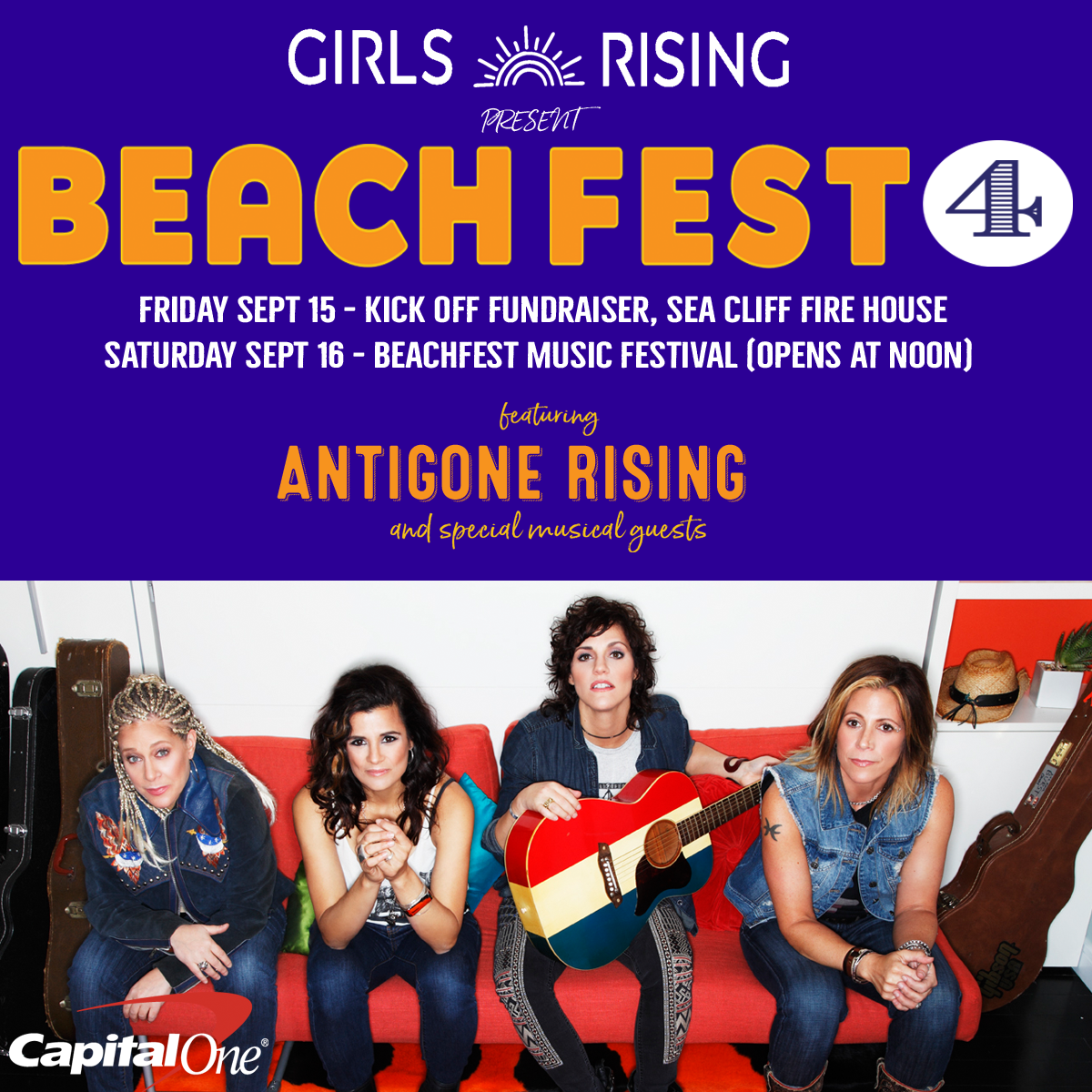 September, 2017 (Sea Cliff, NY) — World renowned country/rock group Antigone Rising, known for their Billboard Heatseekers chart topper ‘Don’t Look Back’ and touring alongside The Rolling Stones, Aerosmith, The Allman Brothers, Rob Thomas and more, are making history again with their non profit Girls Rising and their BeachFest Weekend! Now in its fourth year, this musical celebration of the global work of Girls Rising (a certified 501.c.3 non-profit organization started by the band) will once again come to Sea Cliff, NY on Friday, September 15th and Saturday, September 16th!

BeachFest is a free event for the community and a trailblazing festival where all the performers are women who are constantly marginalized on festival stages. Our Youth Spotlight Stage gives up and coming female performers a chance to gain experience alongside our Capital One Main Stage national touring artists.

“The Girls Rising mission is to inspire and elevate girls and women to reach their full potential. Though the power of music and example, we work to build their skills and confidence to excel in life, which in turn builds stronger communities” – Antigone Rising

Through engaging conversation about their own experiences as women in the music industry, performance and the power of example, Girls Rising outreach programs aim to entertain, educate, encourage and inspire young women to go beyond the boundaries society places on gender and become Game Changers.

Antigone Rising feels girls and women need to see strong, empowered women succeeding in non-traditional roles. The mainstream media is failing at providing enough adequate examples and visibility of these inspiring women role models, and the Girls Rising outreach programs demonstrate to girls (and boys) that strong women exist and have much to contribute to art, culture, sports, finance, business and the world around them.

With BeachFest, this mission is brought to life showcasing the band’s truly inspiring work. Expected to attract over 4,000 people over the course of the two day event with live music performances on 2 stages by national touring female artists, youth performers, a celebrity panel discussion, local artisans and food/drink vendors.

The 2017 Kick Off Fundraiser, for those donating $75 or more to Girls Rising, will be held Friday, September 15th at the Sea Cliff Firehouse (67 Roslyn Ave, Sea Cliff, NY 11579). Girls Rising will award the first annual Sheila Primont Scholarship and the Milt Okun Scholarship to 2 very deserving young women from Long Island. The Sheila Primont Scholarship will be presented by the inimitable broadway star, Linda Eder, who will perform alongside our amazing, talented BEACHFEST performers in an intimate, acoustic and what is sure to be a collaborative night of music. Live music, open bar, comedy, raffle and light fare will sustain our organization from 7-10pm on Friday 9/15, the eve of BEACHFEST.

The high profile outreach workshop / Q&A panel beginning at 2:00PM will be the centerpiece of the day.  Antigone Rising and selected women across a spectrum of other industries come together to discuss women in business, gender bias and succeeding in male dominated industries.  Last year’s panel was a great success moderated by Emmy award winning TV personality, Carolyn Gusof.  This year’s panel will include former New York Liberty and Women’s Basketball Hall of Famer Sue Wicks, among other high profile women to be announced soon!

Throughout the year, Girls Rising partners with school districts, youth centers, and corporations to create empowering and innovative programming that inspires young girls and women through live performances, presentations and workshops. BeachFest also serves to raise funds and awareness for these continued efforts.

With the extraordinarily empowering Festival now in its fourth year, BeachFest brings an educational, informative, and most importantly ROCKIN’ experience to Sea Cliff on Friday, September 15th and Saturday, September 16th! 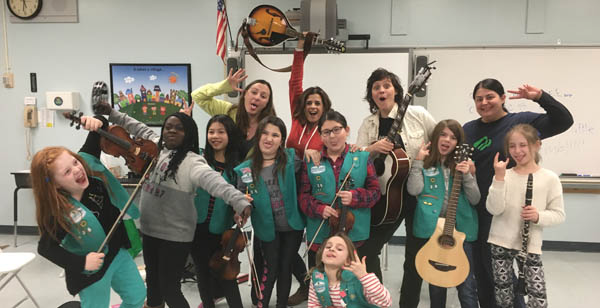 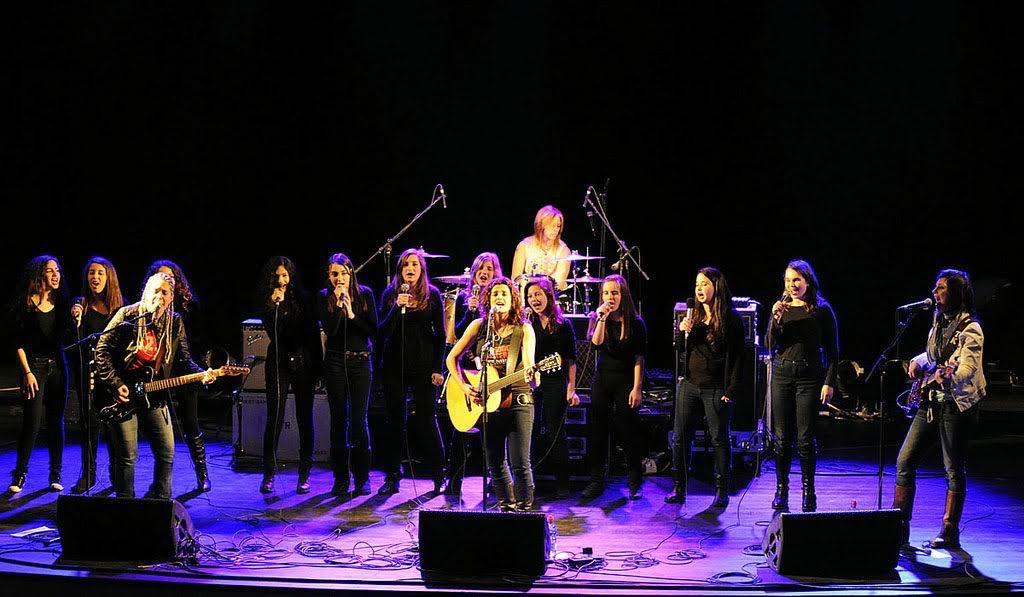 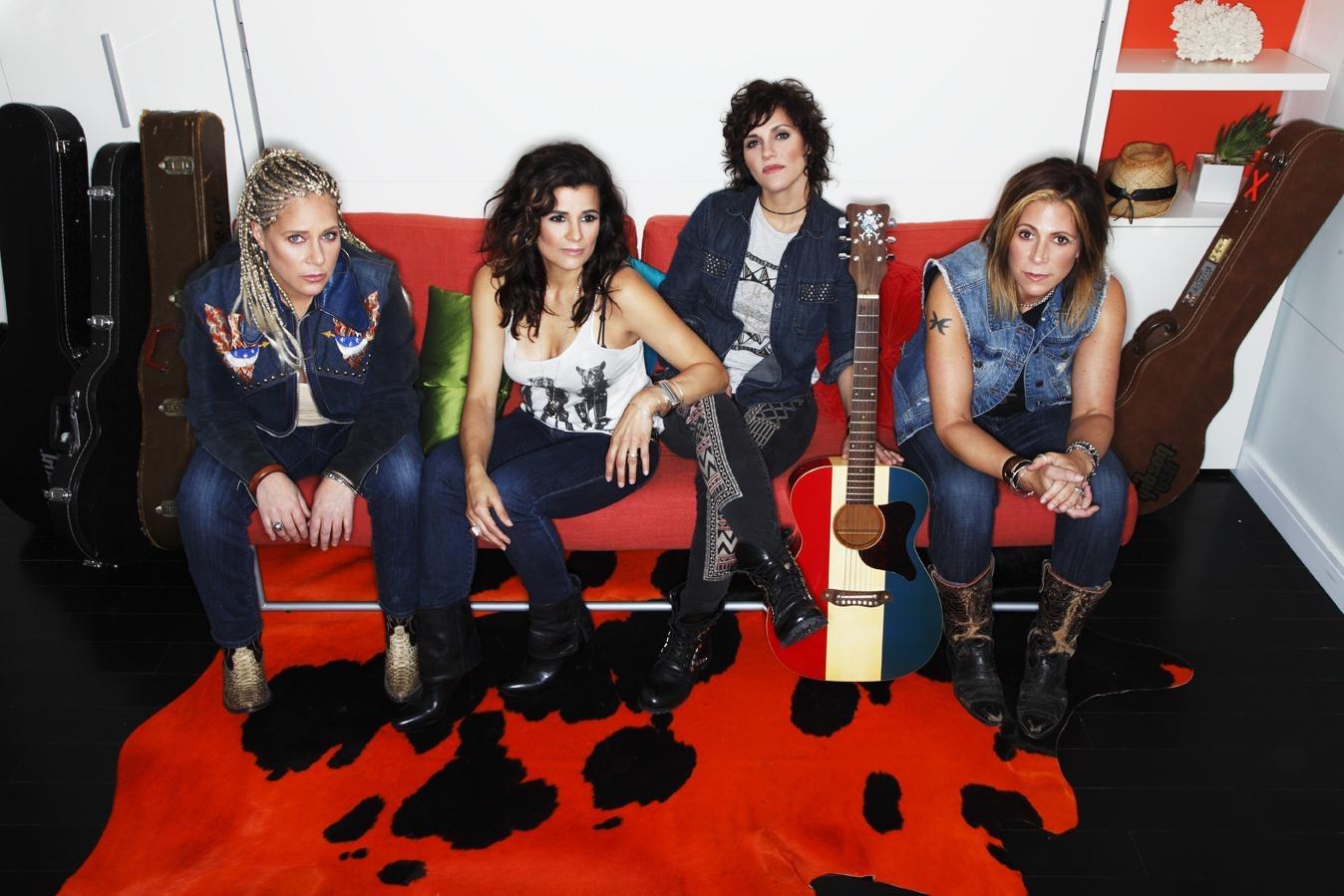 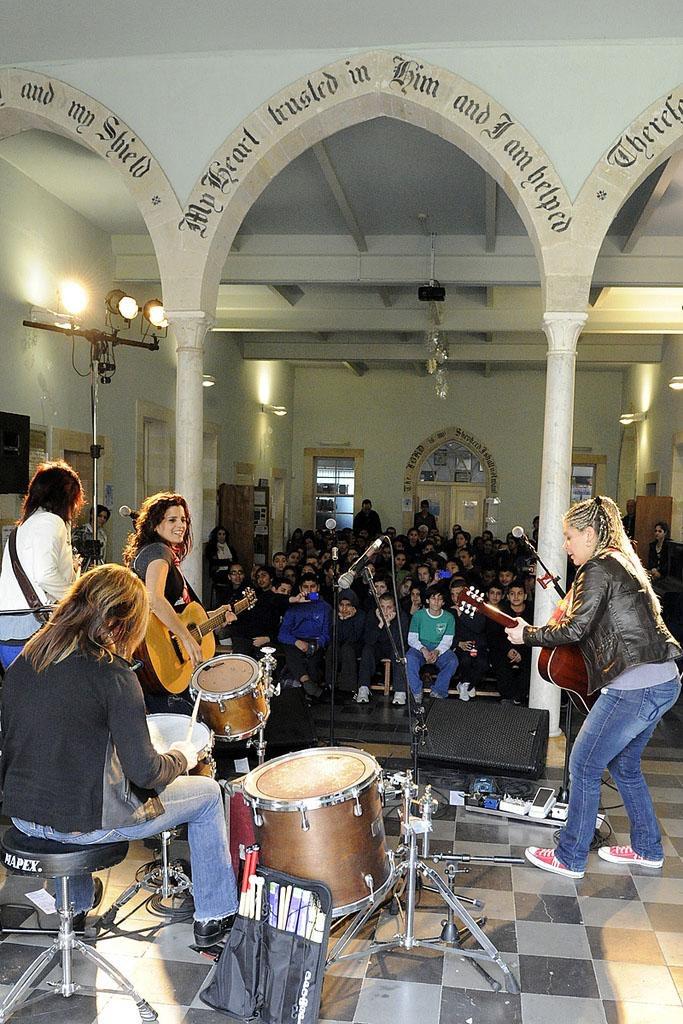 Antigone Rising catapulted into the national spotlight in 2005 with a groundbreaking major label debut that landed them in the top 20 of the Billboard Heatseekers chart for an entire year. Best known for relentless touring and masterful musicianship, the band played upwards of 280 shows a year in their early days. Whether it was an open mic on a Monday night or a jam packed New York City hometown show, the ladies and their infamous Vanna White (the band’s beloved 15 passenger van) eventually blazed a trail straight to arenas alongside The Rolling Stones, Aerosmith, The Allman Brothers, Rob Thomas, The Bangles and Joan Jett among others. The women of Antigone Rising were born and raised in Glen Cove, NY and are currently living in Sea Cliff and Locust Valley.  Long Island is and always has been home and we are dedicated to our work and service to this community. 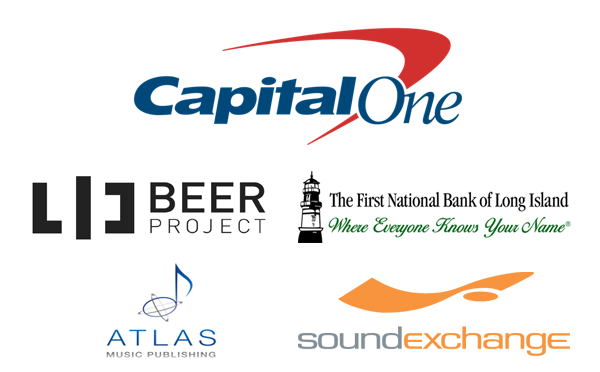