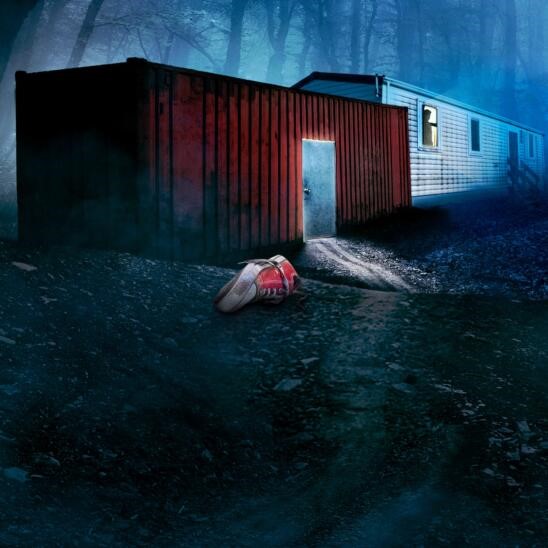 Los Angeles, CA (The Hollywood Times) 2/26/22 – This weekend Lifetime will premiere Girl in the Shed: The Kidnapping of Abby Hernandez. This is the true-life story of New Hampshire High School student Abby Hernandez (age 14), who was abducted while walking home from school and held captive for 284 days by Nathaniel Kibby (age 34). Hernandez suffered psychological, sexual, and emotional abuse throughout her time as prisoner in Kibby’s home. He also held her in a shed like soundproof container, where she suffered more pain and was forced to wear a shock collar.

Through her resilience Hernandez was able to serve as an executive producer on the film. During the TCA Virtual Press Tour Hernandez says, “It’s a weird experience to have this happen to me and having it made into a film is even weirder, but I did find it healing in a weird way to have it out there.” She hopes that this movie acts as a teaching aid to anyone who finds themselves in a comparable situation.

Main character, Lindsey Navarro, who plays Abby in the film also spoke about the magnitude of this project “There was such a responsibility that came along with this being a true story and knowing Abby was executive producing was one of the reasons why I wanted to be apart of this. Knowing Abby was on board was challenging but refreshing because I could contact her and talk things through.”

Known for playing the nice guy in roles such as Boy Meets World, Ben Savage steps into unfamiliar territory as Abby’s captor Nate Kibby. Savage told TCA Press, “it was a change of pace for me. It was an interesting role to play. But I thought it was such an important story to tell and I was simply happy to be a part of the story telling. It’s such a difficult subject and such a complicated story.”

Girl in The Shed: The Kidnapping of Abby Hernandez premieres Saturday, February 26 at 8/7c on Lifetime Network.