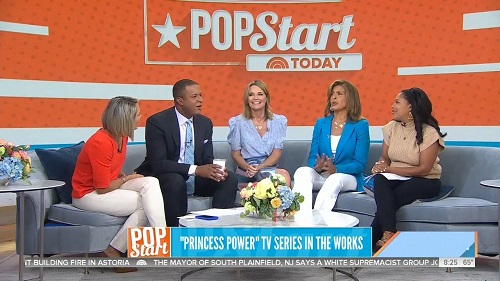 TODAY co-anchor Savannah Guthrie announced this morning that her best-selling book series “Princesses Wear Pants” is being adapted into a television show called “Princess Power.” Guthrie serves as an Executive Producer on the series that will premiere on Netflix later this year.