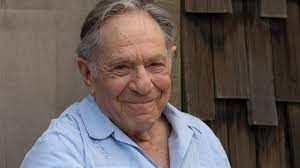 His wife said Tuesday. “The family is devastated to announce that this morning George Segal passed away due to complications from bypass surgery,” Sonia Segal said in a statement provided by Sony Television.

Segal was a native of Long Island, New York and his acting credits range from “Who’s Afraid of Virginia Woolf?” in 1966, for which he received an Oscar nomination and “A Touch of Class” in 1973. By the 1970s, he often played wry leading men in films such as “The Duchess and the Dirtwater Fox,” and “Fun with Dick and Jane.”

In the 90s, Segal was becoming better known for television roles, including as the slightly daft fashion magazine owner Jack Gallo on Just Shoot Me! (1997–2003).

Segal had another success in television when he starred in the ABC sitcom The Goldbergs (2013–present), playing Albert “Pops” Solomon, the eccentric but lovable grandfather of a semi-autobiographical family based on that of series creator Adam F. Goldberg. The long-running series entered its eighth season in 2021, and Segal was part of the regular cast up until his death this March. Throughout the show, Segal had appeared in most, though not all, episodes and, as in some of his earlier roles, he played the banjo several times on-screen.  Segal was also an accomplished banjo player. He released three albums and performed with the instrument in several of his acting roles and on late-night television.

In 2017, Segal received a star on the Hollywood Walk of Fame in the category of Television.