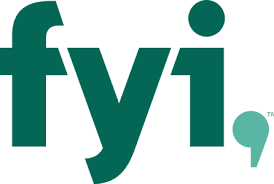 NEW YORK, NY – August 25, 2016 – From the producers of the hit franchise, “Dance Moms,” FYI has greenlit the new original series, “Stove Tots,” it was announced today by Gena McCarthy, EVP of Programming and Development for FYI. Production begins immediately on 13 one-hour episodes with the series slated to premiere in 2017.

In “Stove Tots,” viewers will see a first-hand look at the cut-throat world of junior culinary competitions. The series will follow the next generation of cooking masters – young maestros of the kitchen – as they prepare and compete in cook-offs across the U.S. These culinary prodigies have sophisticated palettes, impressive knife skills, competitive drives and extremely involved parents.

“This series will showcase up-and-coming young chefs, as well as their devoted and sometimes overly supportive parents, as they cut their teeth in high stakes cook-offs,” said McCarthy. “Unlike traditional cooking shows, viewers will see docu-style and competition formats converge in ‘Stove Tots.”

Each episode will feature a new group of culinary wunderkinds, along with their overbearing parents, as they prepare recipes, search for inspiration and deal with the pressures of competition. It all leads up to competition day, where three culinary phenoms will go head-to-head in a two-round elimination tournament. Viewers will also get to know the junior chef’s background; how they got into cooking; ways they prepare and train to compete; and why they are pursuing a future in the culinary world at such a young age.

About FYI
For your inspiration, for your imagination or for your innovation, FYI™ takes a modern spin on traditional lifestyle genres by embracing an adventurous and personalized approach to peoples’ taste, space, look, story and more. FYI covers a range of stories and experiences that reflect how people live their lives today, not defined by just one passion or interest. FYI has launched all-new genres, including trend-setting and brand-definitional series, such asMarried at First Sight, Arranged, Seven Year Switch, Tiny House Nation, Unplugged Nation, He Shed She Shed and Food Porn hosted by Michael Chernow. FYI is a division of A+E Networks, a joint venture of the Disney-ABC Television Group and Hearst Corporation. The network is available in nearly 70 million U.S. homes and is one of the most upscale entertainment brands in the media landscape. FYI has a young and affluent digital audience, including a robust social footprint that has recently tripled in size. The FYI website is located at fyi.tv, Twitter at twitter.com/fyi and Facebook at facebook.com/fyi. For additional press information and photography, please visitpress.aenetworks.com.