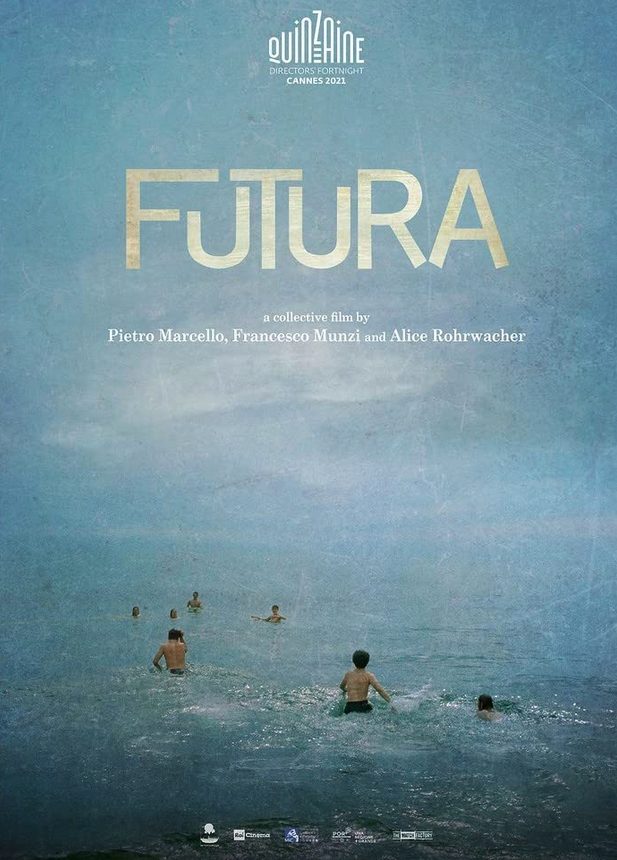 Los Angeles, CA (The Hollywood Times) 12/16/21 – Three notable figures among the next generation of Italian filmmakers – Pietro Marcello of Martin Eden, Francesco Munzi of Black Souls and Alice Rohrwacher of Happy as Lazzaro – team up for the documentary Futura, about young people across Italy disillusioned by a grim future, lack of economic opportunities, insufficient government investment and disruptions brought about by Covid-19. The three filmmakers set out to probe into the state of mind of young people between 15 and 20 years old in Italy who were born at the beginning of the 21st Century. What are their hopes? How do they see the world? Wishes and dreams are serious political issues and Futura, which shows a variety of social and geographical spheres, does not come up with a neatly packaged analysis, but a wide array of concerns. Futura is part of this year’s lineup of new Italian films screened by the American Cinematheque as part of their Cinema Italian Style. It is being distributed by The Match Factory and will have a theatrical run in L.A. theaters soon. 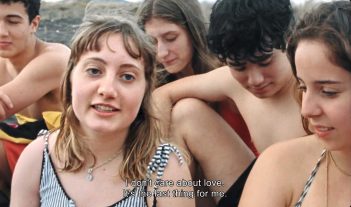 This filmmaking collaborative of Marcello, Munzi, and Rohrwacher doesn’t have ambitious aims to disrupt the status quo with a major stylistic movement like la nouvelle vague or Dogme 95. Rather, here they retreat to the country’s great cinematic tradition and follow in Pier Paolo Pasolini’s footsteps from his Comizi d’amore (Love Meetings, 1964). Shot in Napoli, Milano, Cagliari, Roma, Torino and Palermo (amongst others), Futura sings with the urgency of documentary and the tenderness of great cinema. Filmed during a long trip throughout Italy, which the three directors set out on in February 2020, only to grind to a halt one month later due to the outbreak of the pandemic, before subsequently picking up the reins again, armed with masks, the young people who are interviewed in Futura express their thoughts without ever going into details over their own individual lives. Shot in small groups (they’re friends, schoolmates or they enjoy shared interests), they hail from northern and southern Italy and anywhere in-between, whether the country’s big cities or its small, provincial villages, and representing a variety of social classes 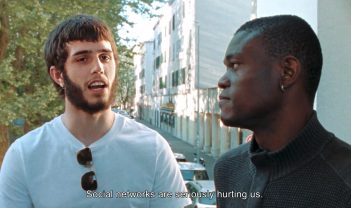 The result is the complete opposite of Stanley Tucci: Searching for Italy, which, despite having a platform on CNN, apparently presented a very skewed American view, romanticizing the charms of a vanishing old world and its old money while using culinary anecdotes to only minimally engage Italy’s sweeping demographic shifts. Futura presents a sober and far more ominous prognosis of the state of affairs: Young people who love their country see a societal landscape with a dark horizon and dread the day their bleak prospects will force them to move away. It brings to mind all the neorealist films about Italy’s improvised past and many more Hollywood movies about similar circumstances that drove millions of Italian immigrants to the United States at the turn of the 20th century. 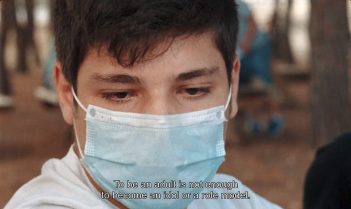 “I think that the future is a series of tomorrows,” “this creed is both religious and individualistic,” “fear is not what it used to be. It has turned into anxiety.” Believe it or not, these are not the words of great 20th Century philosophers or novelists, but rather, the luminous insights of young Italians, in the year 2021. Futura possesses the same natural command indicative of a trusting relationship between subject and documenter. The film is shot on 16mm, and features vignettes of the young people; boxing in housing estates, lounging by lakes, shifting awkwardly in groups; always center frame but nonetheless indifferent to the attentive camera. 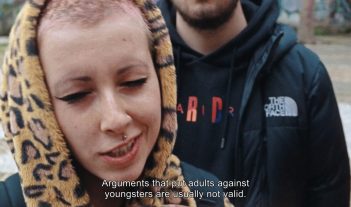 Covid-19 hits in the middle of this film and we suddenly see masks in the hotel school’s kitchen. Time itself has changed during the pandemic, and when we return to some of the subjects, it already feels as though seven years had passed, not merely a few months. “Eat, sleep, study” and no more travel, as one girl puts it, is the new routine. We hear that pointed fear, “which used to be a good thing” had turned into permanent anxiety, which isn’t productive anymore. The reflections and insights are many – feeling free versus “nobody really cares,” technology as a plague, and how social media has made young people downtrodden. Giving a good life to his mother is on one youth’s mind.

We want to visit them again, as we were allowed to in the late great Michael Apted’s Up series done in the UK over a period of 60 years. The horseback-riding girls in the mountains near Torino, who are happy with the status quo and suggest that not causing any trouble is the best way forward – where will they be? Or the refugee boys in the juvenile shelter in Liguria, who make the most provocative suggestion of a world without money? Will they seem revolutionary or naïve in a few years? Will the young people in Genoa even do a search about what happened in their city, their school, 20 years ago during the G8 Forum? Will the three beautician school students who have such different looks stay friends? 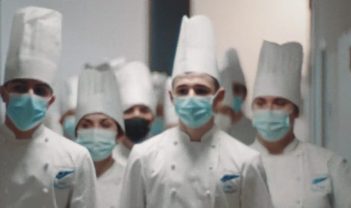 “If you never experience life outside Italy, you can’t change Italy,” says a young man in Rome. Rohrwacher, whose questions are terrific, wants to know if their future is individualistic or collective, better or worse than what their parents imagined? A group of Romani youth answered in an unexpected direction. “Do you have books in your home? Can you recite a poem?” 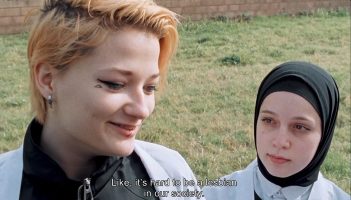 The fact that people don’t care about their neighbors anymore emerges as a theme. At a school in Venice, they discuss the future being at risk due to the lack of tourism, as well as the privilege of living on the water. Pisa looks beautiful in the rain and the students being interviewed show as much as they tell: A girl doesn’t get a word in, as two guys cut her off. A choir sings songs of ancient times and a young rapper shares his latest creation. With panic attacks and depression rising, where do we go now? What next? 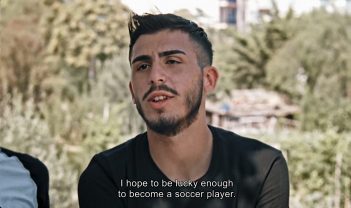 Futura’s subjects are vulnerable, and their already wasted hunger for the world is exacerbated by the Covid-19 pandemic. they find just the right tone and cinematic strategy to deal with the destabilizing consequences of Covid, incorporating it into the narrative as yet another social malaise holding young Italians back from achieving their full potential. The fact that social distancing measures take on unpredictable patterns throughout the production, both allowing and not allowing the subjects to huddle together in front of the camera, seems to further dramatize their very existential condition. Futura’s voiceover narration works as a self-reflective and unified account of the filmmakers’ own emotional response to these impossible, and somehow fitting, circumstances.