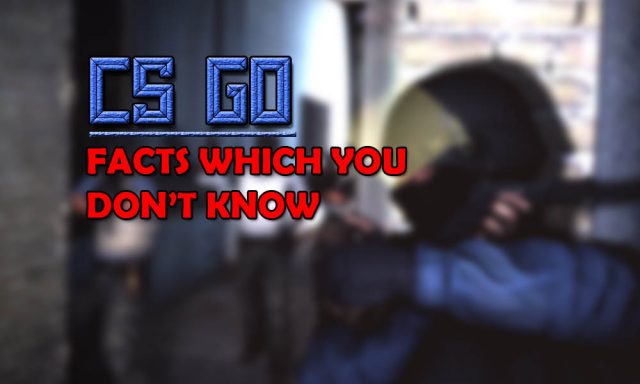 Valve Corporation released Counter-Strike: Global Offensive as the fourth major title in their flagship FPS series all the way back in 2012, and it’s fair to say that it’s been a successful game to date. With one of the most passionate and widespread followings and perhaps the most stacked competitive calendar in the entire Esports industry, the depth and strategy of the game is undoubtedly the secret to its success and has led to continued innovation even today, nearly a decade on from its original release.

The layout and design of the game’s official competitive map pool is one of the biggest reasons behind this level of success and depth, but here are some of the lesser-known and more obscure facts about each map in the current picks.

Dust II is arguably the face of the Counter-Strike series, having been introduced back in the very first game in the franchise, CS 1.1. The map’s simple layout and sandy setting has made it one of the most played picks in the current competitive pool and a favorite hub for scrimming and deathmatches.

There are a number of references to the development of the map dotted around Dust II that some players might have missed. The most interesting of these is perhaps the Goose position, which is named after Minh Le “Gooseman”, the co-creator of Counter-Strike.

Another staple in the Counter-Strike community with its picturesque surroundings and heavy emphasis on utility knows and damage, Inferno is a map that has evolved in recent times from a map finely poised in the CS:GO odds as a decider to a map that more and more sides have found ways of specializing on.

What some players might have missed out on is the cool fact that Inferno is the only map in the competitive pool to feature livestock, with chickens, the colloquial mascots of the game, found roaming the streets from time to time.

Mirage is a tropical desert map that evolved from a Tuscan-Esque defusal pick with a solitary bombsite to the perfectly balanced pick it is today.

Mirage is the only map in the current competitive pool to house two different television sets. Located at the top of Apps Ramp and in Kitchen, the two TVs will show SMPTE color bars by default, however, if players attack either of them with any weapon the screens will turn off.

As the name would suggest, Nuke takes place in a German nuclear power plant and is unique to all others in the pool by breaking with refusal tradition and placing the two bombsites on top of each other.

Though it was very much a ‘CS: Source sort of map’, Nuke actually began development with the plan of having it as a hostage pick rather than the refusal format we know today.

The overpass is one of the few maps in the current pool specifically designed for the gameplay mechanics and engine of CS: GO, and the ambition can truly be felt when played through. The map is split geographically between a murky underpass and a public playground, and really is one of those potential untapped gems teams really haven’t utilized as much they should have over the years.

There’s also a hidden reference to Counter-Strike’s Half-Life origins with Portal 2’s song ‘The Part Where He Kills You’re being subtly played from one place near T Box behind some metal doors.

The train is set in an old derelict Soviet trainyard (surprise surprise), and is an absolute sniper’s paradise. The map is built around a plethora of long straight corridors, making it one of the best maps in the pool for stalking with a scoped weapon out.

A hidden feature of the map that players might have missed upon their first playthrough is the addition of a Geiger Counter located near Bombsite A. If a player stands on it, they’ll be about to hear the crackling from the machine which would hint at the setting being radioactive.

The most recently developed and the latest to be added into the pool, Vertigo takes place at the top of a skyscraper undergoing building repairs and has the unique feature of having both team’s footsteps audible from all parts of the map. It’s one of the more controversial picks in the pool because of this added feature, and it is currently the only map with an environmental hazard with no barricades or supports stopping players from falling to their deaths.

A look at the .NAV files for the map will show files such as ‘Lvl 50’ and ‘Lvl 51’, indicating that the skyscraper, Rizzleton Tower, where the map is set houses a total of 51 levels and proving that it does indeed live up to its Vertigo name.