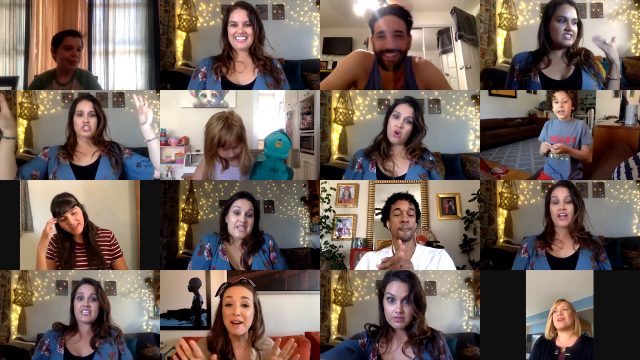 Los Angeles, CA (The Hollywood Times) 5/26/22 – When actress and advocate, Santina Muha went into lockdown at the beginning of the pandemic and started participating in virtual hangouts, she experienced the power of choosing when or if to share that she is a wheelchair user. Award-winning director, Jacob Reed worked creatively with Santina Muha to tell the story of Full Picture. 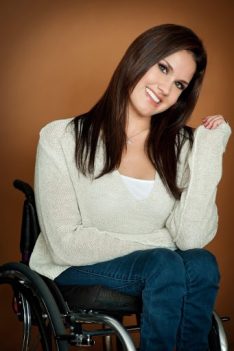 “What were you hoping to accomplish when creating Full Picture? Have you accomplished it?” asked, Doyle.

“Santina was telling me and our co-producers Liz Reichelt and Stephen Sanow about this experience she was having during the pandemic – meeting people for the first time over video chats where they could only see her top half and they didn’t know she used a wheelchair. For the first time in her adult life, it was up to her whether or not to make it a part of the conversation. We all thought it was so interesting and set out to explore how it affected both the people she was meeting and her. I do think we accomplished that and learned a lot in the process.” said filmmaker, Jacob Reed.

“How was the process of pre production?”

“The doc was filmed during the first few months of the pandemic when it wasn’t safe to be in person, but remote workflows and technology for filming weren’t as fully set up as they later would be. That meant on top of shaping the story we were telling, we also had to figure out the technical side. My son was an infant, and my wife and I didn’t have any help at the time, so I was juggling childcare too. Sometimes I was literally wrangling a crying baby while directing – which you can see in the end credits.” said Reed. 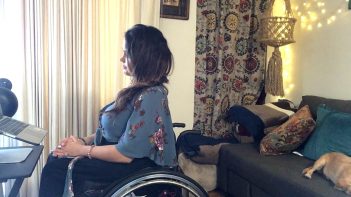 “What is an aspect of Full Picture that you believe to be the least recognized and why should we be more aware of it?”

“Right now the film has only been screened at festivals and for a few universities so we’re eager to get a wider audience aware of the film. Is that okay to say? The aspect is the entire film?” said Reed.

You spoke and met with a large variety of people; what was it like seeing yourself through the eyes of others?

“It was a little scary, and a little exciting. I was especially happy to hear people describe me with words like ‘strong’ and ‘driven’ before they knew I used a wheelchair. I’ve always felt like people attributed those qualities to me because I use a wheelchair, when I, and anyone who knew me before my accident could tell you that’s how I’ve always been. So it was nice to see people recognize that quality in me regardless.” said actress, Santina Muha. 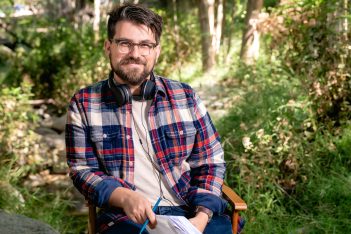 “You mentioned that a lot of society gets their knowledge from movies and tv shows; how does this ignorance affect people with disabilities?”

“More than you’d think. When I was first injured at the age of 6, I, or any of my peers, didn’t think there was anything “wrong” or “bad” or “sad” about me using a wheelchair. But then we started to see TV shows with “very special episodes” and films that depicted using a wheelchair as traumatic and I very quickly started to feel like my peers were looking at me differently. To this day, people ask me if I can drive, if I can have kids, if I can have sex… There just isn’t enough representation of people with disabilities living normal lives on TV, and unfortunately that causes far too many people to think that means it must not be happening in the real world, when I can assure you, it is.” said Muha.

“Full Picture was edited and presented in a very creative way especially with the display of pictures; who or what was your inspiration?”

“Since the film shows Santina’s perspective we wanted to show her inner thoughts and her memories. So, it felt natural for it to kind of look like an old-school slideshow. When I was growing up we used to always have family slideshows with old pictures from my parents growing up, so that was probably somewhere in the back of my mind.” said Reed.

“Do you feel that as a creative mind, it requires you to give back?”

“I think everyone on this planet has a responsibility to make the world around us better. I often wrestle with whether or not making art is doing enough when there are huge problems that need to be solved – the climate crisis, systemic inequity, homelessness, etc. – but I think art and culture have a unique ability to reflect and challenge society in a way that is disarming. My hope is that we’ve made a film that entertains first, and then starts a conversation about bias before you feel like you’re being preached to.” said Reed.

Santina Muha has been an inspiration to her community and continues to thrive on making change in the film industry.