The Paley Center for Media Announces Full Lineup for the return of PaleyFest LA at the Dolby Theatre, March 31–April 4, 2023

The acclaimed hit series The Marvelous Mrs. Maisel, Yellowjackets, and The Late Late Show with James Corden join the lineup of selections for the iconic television festival, which will also feature the cast and creative teams behind Yellowstone, The Mandalorian, Grey’s Anatomy, and Abbott Elementary.

The festival is made possible by Citi returning as an official sponsor and The William S. Paley Foundation as a founding benefactor.

Los Angeles, CA, January 17, 2023 – The Paley Center for Media announces the full lineup for the 40th Annual PaleyFest LA, which will run from Friday, March 31 through Tuesday, April 4 at the Dolby Theatre in Los Angeles. PaleyFest LA returns for another year as the spring’s hottest television festival with exclusive behind-the-scenes conversations with leading stars from the most acclaimed and buzzworthy TV shows, screenings of special preview and premiere content, never-before-seen TV footage, and an interactive Q&A with festival attendees.

“We are delighted to announce the exciting full lineup for this year’s PaleyFest LA, the can’t-miss spring festival celebrating creative excellence in television,” said Maureen J. Reidy, President and CEO of The Paley Center for Media. “We thank our friends at Citi, The William S. Paley Foundation, and our studio and network partners for their continued support in helping us bring Paley Members and devoted TV fans an unmatched experience with the stars and creative talent behind some of television’s biggest hits.”

“We are thrilled to continue our support of this iconic festival as it enters its 40th anniversary of celebrating the best of television” said Tina Davis, Citi’s Interim Chief Marketing Officer. “The Paley Center for Media produces programs that explore the most critical issues and opportunities within the industry and PaleyFest LA is sure to offer a once-in-a-lifetime experience for fans and our cardmembers.”

“We are honored to be invited to this year’s PaleyFest. It will be great seeing our incredible fans in person and talking all things Yellowstone,” said Yellowstone Executive Producer David Glasser.

“Teen cannibals become messed up adults and then we all get invited to PaleyFest to unpack what the hell is happening. Talk about a dream (nightmare?) come true! We are thrilled and honored to be invited to this year’s festival to talk about our show with people as apparently demented as we are. We look forward to feeling not so alone!” said Yellowjackets showrunners, Jonathan Lisco, Ashley Lyle & Bart Nickerson 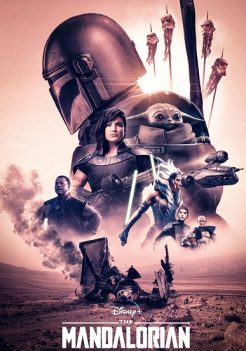 An epic opening night celebration featuring a special screening selected for this event by the producers followed by a conversation and Q&A with: 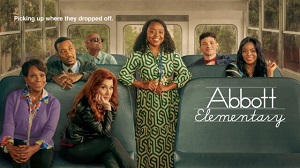 A hilarious celebration for one of TV’s best comedies! Special screening, conversation, and Q&A with: 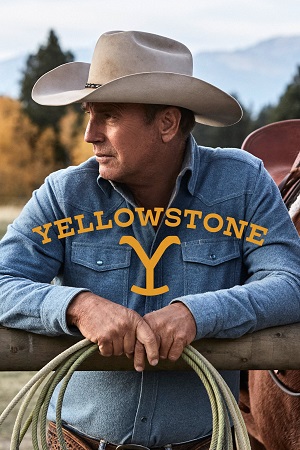 The global phenomenon makes its PaleyFest debut! Featuring a special screening selected for this event by the producers followed by a conversation and Q&A with:

Plus additional Guests to be Announced 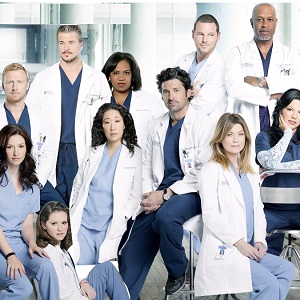 Celebrating this PaleyFest favorite featuring a special screening selected for this event by the producers followed by a conversation and Q&A with:

Featuring a special screening selected for this event by the Producers followed by a conversation and Q&A with:

Featuring a special premiere screening selected for this event by the producers followed by a conversation and Q&A with:

Featuring a Special Preview Selected for this Event followed by a conversation and Q&A with:

PaleyFest is the nation’s original and longest-running festival celebrating creative excellence in television. Throughout the decades, PaleyFest has celebrated the most acclaimed and impactful shows and stars including Lucille Ball, Barbra Streisand, George Lucas, Ava DuVernay, Norman Lear, and the casts and creative teams behind The Sopranos, The Simpsons, The West Wing, black-ish, Mad Men, Mary Tyler Moore, Parks and Recreation, Will & Grace, The Walking Dead, Outlander, and Stranger Things, among countless more.

While television fans eagerly await the start of PaleyFest, they will have the opportunity to relive some of PaleyFest’s best moments on the Paley Center’s YouTube channel. Some memorable highlights include conversations with the casts from Lost, The Golden Girls, The Big Bang Theory, and many more.

PaleyFest supports the Paley Center’s many initiatives including education workshops serving 10,000 youth annually, the PaleyImpact series featuring programs centered on today’s most pressing social issues and the role of media in our society, and the continued preservation of the Paley Archive, featuring more than 160,000 historically significant television and radio programs.

Paley Membership – Become a Member today and receive advance ticket access and discounts to PaleyFest. For more information on the many benefits of Paley Center Membership, please visit paleycenter.org/join-us

Tickets – The general public can access tickets starting Friday, January 20, 2023 at 9:00 am PT until tickets sell out. To purchase tickets, please visit paleyfest.org

The Paley Center for Media is a 501(c)(3) nonprofit organization that has proudly made its home in NYC for over 45 years and operates the iconic Paley Museum. Through its respected programming, the Paley Center leads the discussion about the cultural, creative, and social significance of media, drawing upon its curatorial expertise, an international collection, and close relationships with the media community. The general public can participate in Paley programs in both New York and Los Angeles that explore and celebrate the creativity, the innovations, the talent and the leaders who are shaping media. The public can also access the Paley Center’s permanent media collection, The Paley Archive, often referred to as a national treasure, containing over 160,000 television and radio programs and advertisements. Through the global programs of its Media Council and International Council, the Paley Center also serves as a neutral setting where media professionals can engage in discussion and debate about the evolving media landscape. Previously known as The Museum of Television & Radio, the Paley Center was founded in 1975 by William S. Paley, a pioneering innovator in the industry.