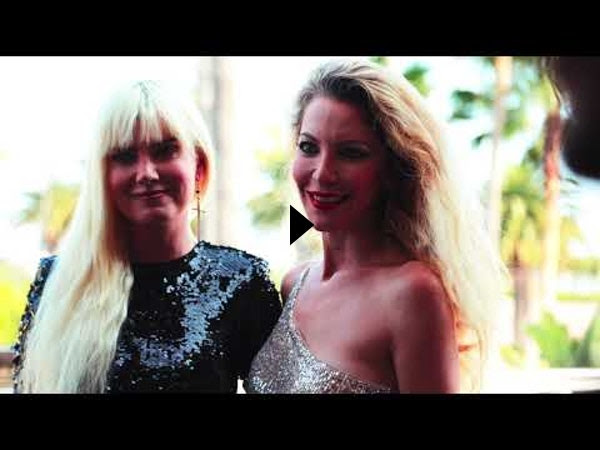 Los Angeles, January 6, 2022 – The fourth annual French Riviera Film Festival (FRFF) that celebrates short film and short-form content will once again be held live and in person on the Riviera, during the time period of the Festival de Cannes, the announcement was made today by FRFF founders Nicole Muj and Gotham Chandna.  FRFF 2022 will be held at the Eden Hotel and Resort in Cannes, France on May 20 and 21, 2022.

For those not able to attend in person, FRFF has partnered with the innovative festival streaming platform Sparq, allowing film enthusiasts across the globe access to the very best in short form content online at frff.sparqfest.live.

“We’re simply thrilled to partner with Sparq and its founder

George Reese for our 2022 festival that will be both live and online,” comments FRFF Co-founder Gotham Chandna. “Sparq offers us the flexibility to provide a truly branded viewing experience, from virtual screenings to live panels and awards ceremonies to audience engagement.”

Sparq will host FRFF’s online screening room on its branded platform, assist organizers in engaging and interacting more effectively with filmmakers, and provide state-of-the-art backend to streamline all aspects of the festival process.

“The Sparq team is excited to be working with the French Riviera Film Festival to extend the reach of their festival,” says George Reese, Sparq Founder and CTO.  “Our platform will not only provide a great online viewing experience,  but will also enable filmmakers and the FRFF team to upload digital assets, program the festival, sell tickets and more.”

FRFF recently added an Activism Short category that will be judged by new jury member, award-winning actress/director Wendy Morgan. The next submission deadline is February 13, 2022 via FilmFreeway.

About Sparq – Sparq provides a unified solution to meet the full lifecycle needs of the film festival industry, providing a solution for your online or in-person film festival — from submission to judging to asset gathering to the festival itself and beyond. Created by web festival pioneer, technology entrepreneur, and successful author, George Reese, initially to support the Minnesota WebFest and now for nearly 100 other festivals.