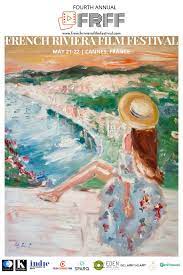 By Dr. Laura Wilhelm
Los Angeles, CA (The Hollywood Times) 3/7/22 – The French Riviera Film Festival has launched a PSA campaign in support of the people of Ukraine.  The first spot features a poignant message from award-winning actor Eric Roberts, with music by Keaton Simons.  Additional spots featuring FRFF partners will be released throughout this week.

“We’re so grateful to our festival partners for joining us to support Ukraine,” comments FRFF co-founder Nicole Muj.  “We’re incredibly thankful to Eric and Eliza Roberts, who immediately responded to our request to participate.  We must do everything we can to help our brothers and sisters in Ukraine.”

First launched in 2019 during the time period of the Cannes Film Festival, FRFF recognizes and celebrates short-form content created for film, television, web, and all digital platforms.  Each year, FRFF invites filmmakers from around the world to participate in the exclusive two-day event that includes screenings, gala receptions, and a closing awards ceremony.  Attendees and participants include filmmakers, industry executives, celebrities, media, and influencers.