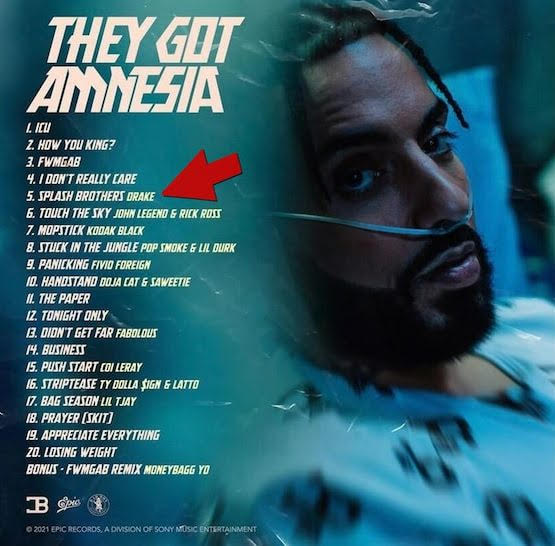 New Jersey (The Hollywood Times) 11/21/21 – French Montana returns with his new album “They Got Amnesia”. I saw the tracklist for the Moroccan-born 37 year old’s album and it’s loaded with guest features. It’s a relevant collective of commercially popping artists like Coi Leray, Drake, Lil Durk, and many more who can surely help move some units. I’m posting an image of the tracklist along with the article for your reference. If that isn’t gonna move physical copies they are certainly poised to see certain tracks stream millions of views and go viral. 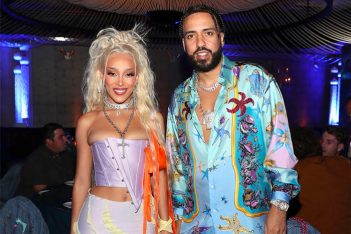 Montana’s first music video for his song “I Don’t Really Care” is served with no feature and has accumulated around 6 million views on youtube since the writing of this article. The video uses humor and gives nods to other artists’ big moments like Eminem in 8 Mile and the Weeknd all bandaged up. It also features a cameo from Puffy, Diddy, or whatever we are calling him these days. If Montana is missing a feature on the record he can always score a cameo for his music video. After all, Puffy is famous for dancing in his artist’s videos.

I haven’t listened to the full album with the confidence in knowing that the radio and the public should pick up the best records. I’m typically looking for Montana to bring a trap record or a commercially popping club record. So I’m not really expecting some kind of deep positive message in the record. However, in Montana’s favor, this doesn’t mean I don’t like his rhymes or see the hard work he puts in as an artist occasionally bringing me an unexpected experience or message. 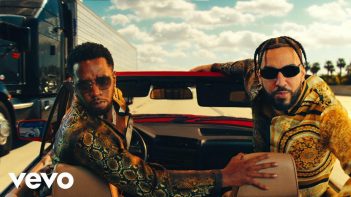 I was riding home from my afternoon errands for the day when the radio switched on the new French Montana record feat. Doja Cat and Saweetie. These two female rappers have blown up in the past couple of years. I was impressed when they drummed up 180 million views for their music video “Best Friend” which has been on the radio, heavily rotating here in New Jersey. This same energy has been injected into their feature on the French Montana record, “Handstand,” the Hitmaka-helmed track, samples Danny Rivera’s “En Un Rincon Del Alma” (Big Pun famously sampled the song on “It’s So Hard”). This song brings nostalgia for 90s hip-hop fans with the beat and lyrically serves to entertain the younger generation. Being that Doja Cat and Saweetie are still in their infancy stages as artists this has the potential to be a record-breaking song. The women haven’t even hit their prime yet as they’ve only had a short time in the spotlight. Expect your local radio to pick this record up pretty quickly and expect big energy for the music video!