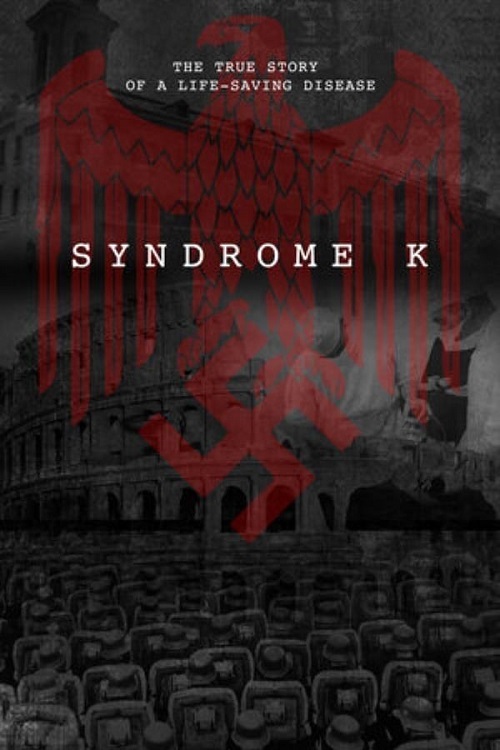 Freestyle Digital Media,  North American release of the captivating new documentary “Syndrome K.”  “Syndrome K” is an Insanely Practical Productions, and the second documentary film from filmmaker Stephen Edwards’ (acclaimed composer of “Requiem for My Mother”, and musical contributor to award-winning films such as “Nomadland”, “Dallas Buyer’s Club”). “Syndrome K” is available now to rent and own on all TVOD/Digital platforms.

The last film to be narrated by acclaimed screen icon Ray Liotta (“Goodfellas,” “Field of Dreams”) in one epic three hour recording session, “Syndrome K” shines a light on the truly amazing story of three Roman Catholic doctors, who created a highly contagious fake disease during the Nazi Occupation of Rome to save Roman Jews in a Vatican-affiliated hospital f rom deportation to Auschwitz during WWII. Powerful and impactful documentaries are those that speak about ordinary people doing extraordinary things, “Syndrome K” is one of those documentaries.

“Syndrome K” is the true story about a highly contagious, highly fictitious disease created by three Roman Catholic doctors – Adriano Ossicini, Giovanni Borromeo, & Vittorio Sacradoti, during the Holocaust to hide Jews from Occupying Nazis in a Vatican-affiliated hospital during World War II. When over 1,000 Jews from the Jewish Ghetto in Rome were deported to Auschwitz on 16 October 1943, many other Jews sought refuge in the Fatebenefratelli Hospital, directly across the Tiber River from the Ghetto and Syndrome K became a way to save them.

When Nazis invaded Rome in 1943, they immediately targeted the Roman Jews. Against Vatican orders, three doctors at Fatebenefratelli, the Vatican-affiliated Catholic hospital hid many Jews who had sought refuge, disguising them as sick patients infected with a wildly touted, highly contagious fake disease they dubbed Syndrome K  to fool the Nazis, who were quite fearful of falling victim to disease.  The doctors “quarantined” the “infected” Jews to protect them. As Nazi suspicions mounted, they were forced to elaborate and maintain this ruse to keep their countrymen alive until the Allied forces under Gen. Mark Clark began the harrowing fight to liberate Rome from the South. Syndrome K might be the only horrible disease in history that actually saved lives – because it didn’t really exist. 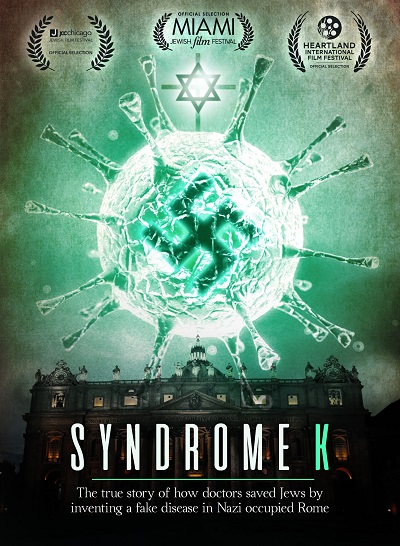 The live action narrative version of this extraordinary story is currently out to directors in Hollywood, written by Gregory Ballard (“Bodysnatch”), and produced by Chip Diggins (“Nancy Drew and the Hidden Staircase”, “Equals” and “Last Knights”) and Lannette Turicchi (“Waking Mathilda: A Memoir of Childhood Narcolepsy”).

“Syndrome K” DVD will also be available via Amazon.com, Bestbuy.com, Walmart.com, and Barnesandnoble.com in early September.

Distributor Home Page for “Syndrome K” with all platforms:  https://www.freestyledigitalmedia.tv/film/syndrome-k/