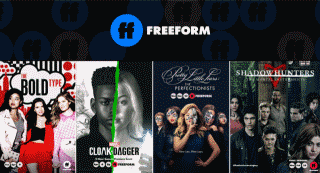 INCLUDING THE 2.5 HOUR SERIES FINALE OF ‘SHADOWHUNTERS’ AND THE SEASON FINALE OF ‘MARVEL’S CLOAK & DAGGER’ AND ‘PRETTY LITTLE LIARS: THE PERFECTIONISTS’

In the first part of the series finale, Clary comes up with a plan that will bring Shadowhunters and Downworlders together, as Alec struggles for a way to help Magnus. In the second part of the series finale, Jonathan begins his reign of vengeful terror as the Shadowhunters try to find a way to stop him. With only one hope, Clary must make a sacrifice that could have long-lasting implications for all. Meanwhile, wedding bells are in the air for one special couple.

Scarlet falls prey to a data hack, halting production of the dotcom and magazine and Jane and Jacqueline fear their investigation could be compromised as a result. Pressures escalate when Sutton and Richard host a dinner party. Meanwhile, Kat opens up to Tia as they begin her campaign.

The Scarlet email hack brings up memories of the trio’s first meeting four years ago, reminding them that together they can overcome anything.

When Kat faces racial profiling while canvassing for office, she is tempted to call the woman out on social media in order to find justice. Sutton realizes that Richard is keeping something from her. Meanwhile, Jane and Jacqueline make headway on the workplace harassment investigation.

When Adena returns to New York, Kat debates whether she’s ready to see her, but quickly realizes she might not have a choice. Sutton is stretched in too many directions between styling for Oliver and designing for her seminar, causing friction with Richard.

During BHU’s Dead Week, Caitlin tries to get her academic life in order, as well as elevate her relationship with Jeremy. Ava reluctantly teams up with Zach on a school assignment and Dylan’s nerve damage impacts an important music project. Ali continues to make inroads with Taylor, while Mona investigates who left her a mysterious message.

Mona, Ali and the Perfectionists concoct a plan to turn the tables on Dana Booker. Ali and Mona separately try to deduce how much they can trust Taylor as part of their team. Caitlin is left reeling when she finds out Jeremy may be keeping secrets of his own.

On the night of a school gala, the gang is convinced they know who killed Nolan and set out to prove it. However, Dana continues to complicate their lives by exposing a critical secret between the Perfectionists.

In the aftermath of a shocking event, Ali, Mona and the Perfectionists try to pick up the pieces of their lives. However, new information is uncovered which makes them question everything they think they know.

In her quest to bring down the sex trafficking ring, Tandy finds herself in a difficult and strange situation. Not sure what is going to happen, she always has Tyrone to lean on, no matter what the circumstance.

Adina is pushed to a dangerous edge as she looks to get answers and closure for her two boys. Meanwhile, Tyrone comes in contact with a mysterious figure on his search for Tandy.

Tandy and Evita must go to great lengths when Tyrone is put in a dangerous situation. Meanwhile, Adina looks to someone surprising for help.

Tyrone and Tandy turn to questionable allies in their attempt to find and stop the villain behind the trafficking ring. Meanwhile, Tandy learns more about Lia’s past.

In the action-packed season finale, Tyrone and Tandy head to the Loa dimension to stop the evil force threatening New Orleans. To finally put an end to it, they must come face to face with their own personal issues that have been holding them back. Meanwhile, Mayhem and Evita do their best to hold off the dangers in the real dimension.