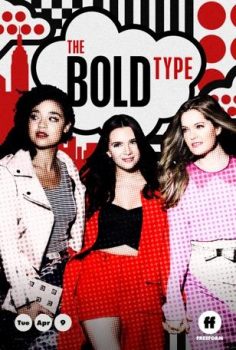 When Kat beings to doubt herself on the eve of her election, an unexpected person gives her the reassurance she needs. Jane and Jacqueline are confident about their workplace harassment investigation and decide to take action. Sutton coaches Carly through a difficult situation at school.

When Jane and Jacqueline’s exposé makes an impact, Jacqueline takes a hard look at how she can make Scarlet an industry leader that practices what it preaches. Sutton celebrates the end of her design seminar with a fashion show but surprises herself with the results. Jane deals with an emotional fallout amidst a career high. Kat makes a choice not to run from her problems anymore. 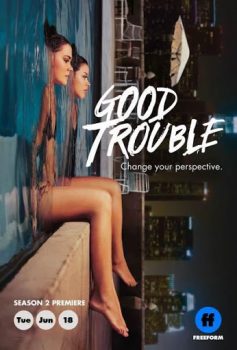 The outcome of the Jamal Thompson case is decided, and Callie is forced to decide what she’s willing to fight for. Mariana jumps into a new relationship but stumbles into a situation she wasn’t prepared to face. Alice attempts to win Joey back, while Davia attempts to help Dennis.

Mariana’s new relationship complicates her work environment. Callie is struggling to make decisions that will disrupt both her career and love life. Malika questions her involvement in activism. Davia juggles the men in her life. 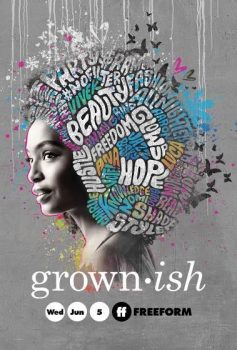 Zoey is left to deal with the aftermath of getting caught cheating on her exam, including getting cut off financially by her parents. She takes another devastating hit when Aaron accidentally reveals that he and Ana have been hooking up, causing a snowball of feelings, fracturing her friendships with everyone around her.

To mask her true emotions, Zoey recruits her brother Junior to be her wingman at Titanium for a fun night out, ignoring the drama that is taking place around her. But that backfires when Junior makes an unexpected connection with one of Zoey’s friends and she’s left to face her emotions up front. Meanwhile, Nomi debates giving Paige another chance.

Zoey starts to feel the impact of her dwindling bank account. Her friends encourage her to get a job, but she struggles to find something that vibes with her career goals. Ana and Aaron consider attempting the “Shield Challenge.”

Labels are on everyone’s mind as Ana and Aaron struggle to define what they each want out of their relationship. Doug and Vivek are convinced that Aaron is boo’d up. Zoey tries getting “Luca Jae Hall”-level high, but winds up overdoing it.

Ben, Maddie and the other humans deal with the fallout from the attack on the oil rig, while the mermaids reacclimate to their ocean home. Ryn comes back to land to follow through on an agreement she made with the military, despite not knowing what their ultimate goals are.

With Elaine Pownall’s health worsening, she seeks treatment from the military’s medical trial using mermaid cells, but the procedure doesn’t come without side effects to the mermaids. Meanwhile, Helen and Rick learn more about the hybrid status, their history in Bristol Cove, and discover they are far less alone than Helen once believed.

Maddie and Ben contend with how to help Ryn knowing that in order to help Elaine get better, they will need to continue the procedures on Ryn. Meanwhile, when one of the group gets sirened, there is more drive than ever to get to the bottom of how the siren song really works—further piquing the interest of the military in how Ryn can be of use to them.

Ryn goes back to the ocean to get help for Ben and Maddie’s conditions but discovers that continuing to go back may get harder than she realized the longer she’s on land. But when they learn that there may be a special place in Ryn’s homeland that could help them, Ben, Maddie and Ryn must all venture under the sea together to find the cure. Meanwhile, Helen and Ted connect over their shared family histories.