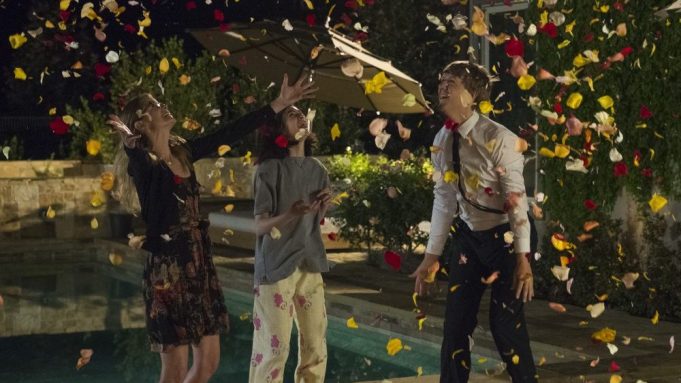 Pasadena, CA (The Hollywood Times) 1/17/20 – Freeform’s “Everything’s Gonna be OK” is a comedy with a pretty dark setup. Nicholas (Josh Thomas) is a 20-something year old Australian who becomes the caretaker of his teenage American half-sisters—one of whom is on the autism spectrum—after his semi-alienated father passes away after a bout with cancer. The show will premiere this month with Thomas starring, writing, and serving as the showrunner in the series.

When Nicholas’ trip to the United States is extended due to his father’s untimely death, his siblings are left to cope with not only a upsetting loss, but also the realization that Nicholas is the one who will have to rise to the occasion and hold it all together.

Navigating autism, blossoming sexuality, consent, parenthood, adolescence, family and grief, the heartfelt comedy follows this imperfect family as they discover the importance of finding happiness in the middle of really hard moments, one awkward conversation at a time.