‘Everything’s Gonna Be Okay’ and ‘Motherland: Fort Salem’ Picked Up for Second Seasons

Holiday Favorites Return Bigger and Better Than Ever With Halloween, Christmas,

Freeform highlighted its commitment to bold and boundary-pushing young adult content with the pickups of both “Everything’s Gonna be Okay“ and “Motherland: Fort Salem,” as well as the recently announced scripted romantic-comedy series “Love in the Time of Corona,” which begins production this summer.

Marking another strong year, Freeform is the No. 2 prime-time cable entertainment network of the season among Women 18-34. Freeform also delivered the No. 1 live-action comedy for young women with “grown-ish.” In the holiday department, Freeform continues to outperform all other networks as the No. 1 holiday destination for Adults 18-34, powered by “31 Nights of Halloween,” “Kickoff to Christmas” and “25 Days of Christmas.”

“We couldn’t be happier to bring both ‘Everything’s Gonna Be Okay’ and ‘Motherland: Fort Salem’ back for second seasons. Each show’s originality, characters and themes struck a chord with our audience, and we’re excited to share the ambitious stories the writers have planned for season two,” said Lauren Corrao, executive vice president, Original Programming and Development, Freeform. “We have a strong slate ahead, and with our young adult audience coming of age in a time that will forever impact their lives, we owe it to them to tell bold, authentic stories that reflect who they are and where they are going.”

Below are several programming announcements for 2020 and 2021. 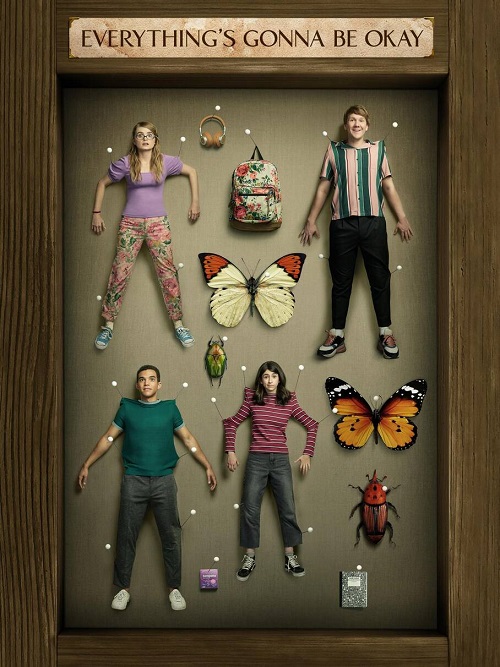 Freeform has picked up critically acclaimed comedy “Everything’s Gonna Be Okay” for a second season. The series, which is created, executive produced and stars Josh Thomas, follows Nicholas, a neurotic twenty-something-year-old who is forced to raise his two teenage half-sisters, one of whom is on the autism spectrum, after the untimely death of their father. The series stars Josh Thomas, Kayla Cromer, Adam Faison and Maeve Press and is produced and distributed internationally by Avalon. Thomas, Stephanie Swedlove and Kevin Whyte serve as executive producers, with David Martin, Jon Thoday and Richard Allen-Turner executive producing for Avalon. Additionally, “Please Like Me” collaborator Thomas Ward reunites with Thomas as co-executive producer.

“This is great news, not just because it means I have a group of writers that have to hang out on my screen with me all day and I don’t have to be alone anymore getting weird,” said creator, executive producer and star Josh Thomas, “but because I love this show and I love these characters and I love our cast and crew and making another season is just going to be so nice.” 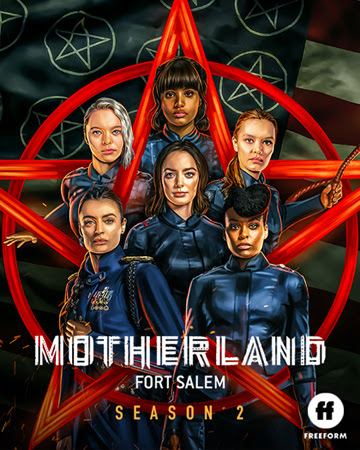 “Motherland: Fort Salem,” Freeform’s fierce genre thriller, has been picked up for a second season and Lyne Renee (General Alder) has been upped to series regular. The series is set in an alternate, present-day America where witches ended their persecution over 300 years ago by cutting a deal with the U.S. government to fight for their country with supernatural tactics and weapons. The series stars Taylor Hickson, Jessica Sutton, Ashley Nicole Williams, Amalia Holm, Demetria McKinney and Lyne Renee. “Motherland: Fort Salem” is written and created by Eliot Laurence, with Laurence, Will Ferrell, Adam McKay and Kevin Messick as executive producers. Steven Adelson, Erin Maher, Kay Reindl and Bryan Q. Miller will also serve as executive producers on the series.

“I could not be more grateful for the chance to keep exploring the world of ‘Motherland: Fort Salem,’” said Laurence. “Freeform has been such a fabulous home for us through the development process, production, post and marketing. I’m also blown away by the love we’ve gotten from our fans, whose excitement and passion played a massive part in this renewal. Thank you, witches!” 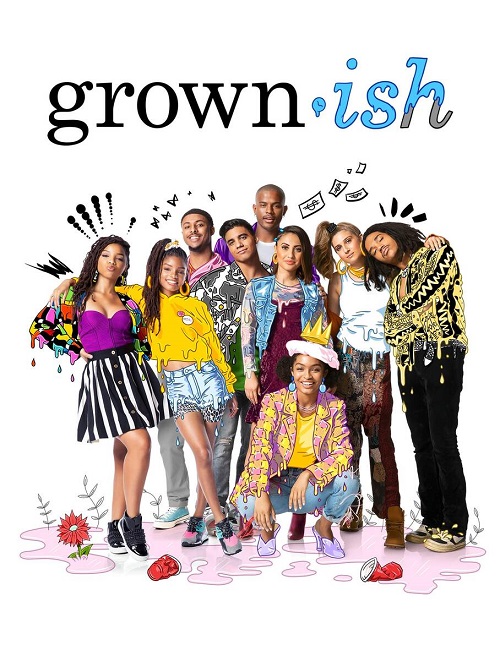 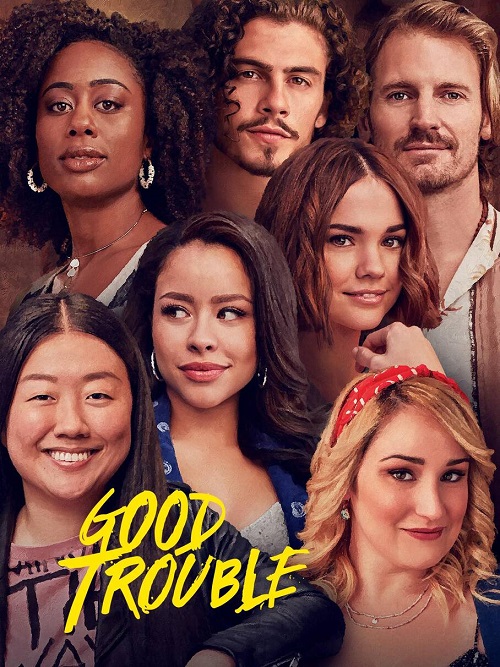 Freeform’s fan-favorite series “Good Trouble,” which had its season two finale in March, will return to the network next year for season three. Starring Maia Mitchell, Cierra Ramirez, Sherry Cola, Tommy Martinez, Zuri Adele, Emma Hunton, Josh Pence and Beau Mirchoff, the series follows residents of Downtown Los Angeles’ The Coterie as they deal with the consequences of their personal and professional decisions and realize that sometimes standing up for what you believe in comes at a price. “Good Trouble” is co-created by Joanna Johnson, Peter Paige and Bradley Bredeweg. Gregory Gugliotta, Christine Sacani, Maia Mitchell, Cierra Ramirez, Jennifer Lopez, Elaine Goldsmith-Thomas and Benny Medina also serve as executive producers. A special video message from stars and executive producers Maia Mitchell and Cierra Ramirez can be viewed here.

RECENTLY ANNOUNCED ‘LOVE IN THE TIME OF CORONA’ AND FAN FAVORITE 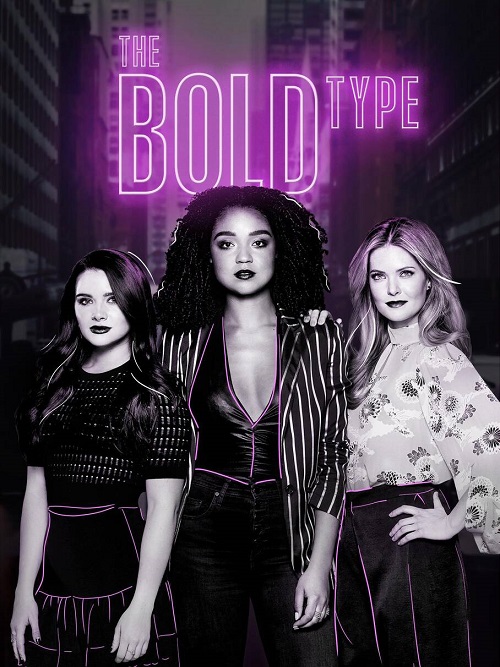 Freeform’s limited scripted series “Love in the Time of Corona,” from “Good Trouble”’s Joanna Johnson, will go into production this summer and premiere in August. This four-part romantic comedy series is a funny and hopeful look at the search for love, sex and connection during this time of social distancing. Also this summer, fan-favorite series “The Bold Type” returns on THURSDAY, JUNE 11, at 10:00 p.m. EDT/PDT, continuing its fourth season.

CELEBRATE THE HOLIDAYS HOWEVER THE FF YOU WANT ON FREEFORM 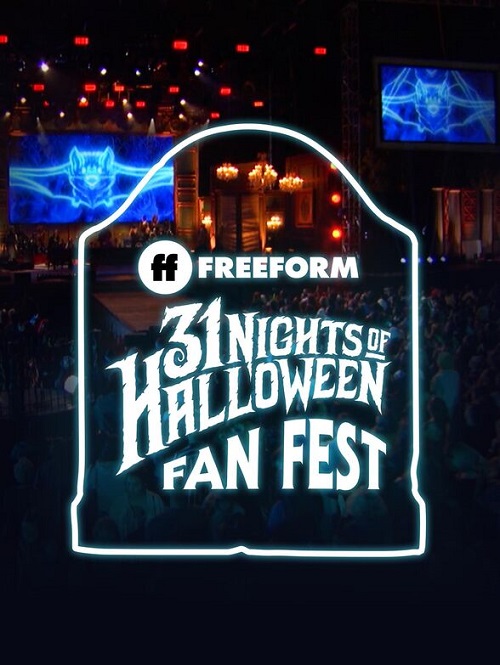 With the success of Freeform’s “31 Nights of Halloween,” “Kickoff to Christmas” and “25 Days of Christmas,” the network has become the number one destination for holiday programming of all kinds. The Halloween and Christmas programming blocks will be back and bigger than ever in 2020, continuing to delight viewers in the holiday spirit. “31 Nights of Halloween” will once again feature the classics “Hocus Pocus” and “Ghostbusters.” 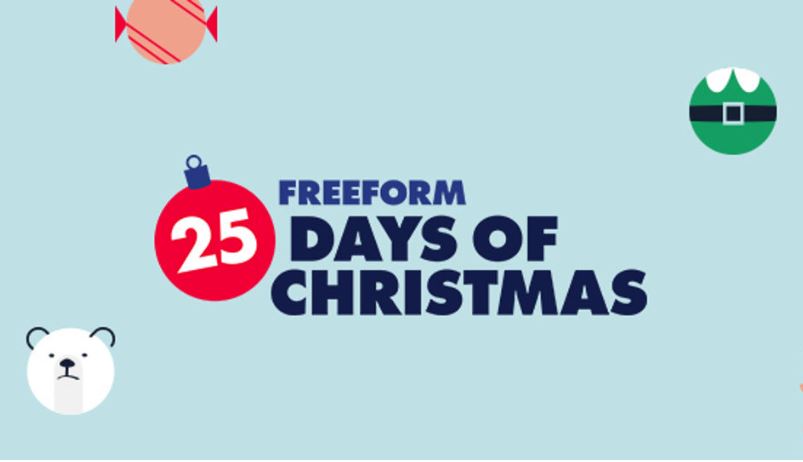 While “25 Days of Christmas” will bring you “The Santa Clause” trilogy and be the cable home of “Frosty the Snowman” and “Rudolph the Red-Nosed Reindeer.” Building off of this year’s inaugural Valentine’s Day stunt “Love However the FF You Want,” the network will bring back the event in 2021 to celebrate the funnier side of love. In Summer 2021, Freeform will launch its newest programming block, “Summer Singalong,” featuring great movies with great music, including the network premiere of Disney’s live-action film “Aladdin,” keeping the celebration going all year round.

Freeform connects to audiences with bold original programming and immersive social engagement that moves the cultural conversation a little forward. As Walt Disney Television’s young adult television network, Freeform channels the force and momentum of its audience in its quest for progress with authentic, groundbreaking original series such as “grown-ish,” “The Bold Type,” “Good Trouble,” “Siren,” “Motherland: Fort Salem” and “Everything’s Gonna Be Okay.” The network also programs tentpole events such as “31 Nights of Halloween,” “Kick Off to Christmas” and “25 Days of Christmas.”