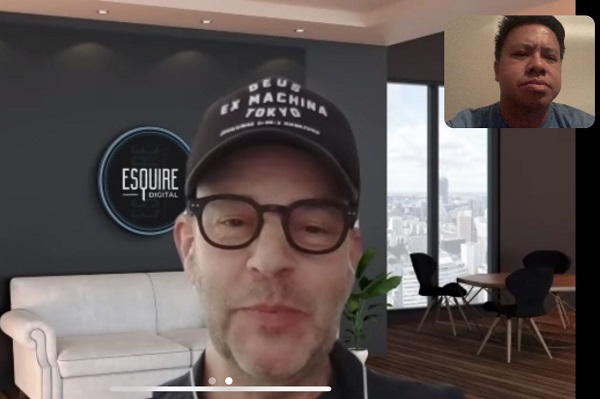 Catching up with lawyer Aron Solomon on his hot takes on the latest with Jamie Spears, it is clear that the momentum has shifted in favor of Britney. The last time I caught up with Aron, he was not as optimistic. Britney had a very public run-in with her housekeeper, putting to question her credibility. But since we last chatted, accusations of impropriety by her father have now matured into tangible instances and corroboration by many other sources, manifested in two documentaries, one from Netflix and another from New York Times. It is because of this that Britney’s lawyers pushed for a later date, November 12th, to terminate the conservatorship, so that more of this info can disseminate into the public.

By suspending the conservatorship and appointing a caretaker conservator, Jamie now has to hand over all transactions under the conservatorship. This will include all communications, what Aron calls a “treasure trove of evidence”, that will show the impropriety in detail. Both documentaries released have supported what Britney Spears has been saying all along. Third party accounts are very much considered and while Judge Penny did not specifically cite the documentaries, it was clear this new information is being considered.

The actual charges against Jamie Spears have included double and triple dipping. For example, Aron sees a $16,000 a month salary on top of cuts from Britney’s tours to be overboard. While conservators should get paid, there is a clear conflict of interest.

When I asked Aron where we were at around Britney’s credibility and standing, he sees this new evidence as creating a situation where an argument for this conservatorship even happening in the first place is put to question. Back in 2008, Britney experienced turmoil in her own admission, but the standards for conservatorship were not met. These standards are: 1) she lacked the capacity to provide food or shelter for herself and 2) that she was unable to resist undue influence and fraud. Ironically, the fraud came from her dad, the conservator.

This helps make a strong case to end the conservatorship, which when I pressed Aron a few times on, is the likeliest scenario, where he cited her 2008 album “Circus” and how the circus is actually likely to end, period, on November 12th. Britney will go after her father for criminal charges. But her father will probably make himself judgement proof. There is a possibility that she will be successful but it depends on what evidence is released. Stay tuned.

More importantly, there is a broader impact to this case. Governor Gavin Newsom will likely be signing a bill AB 1194, which will come into law January 1st, 2022, which is focused on ending conservatorship abuse in California. In the past, for 13 years, Britney was not able to hire her own lawyer, until Judge Penny allowed her to do so in July. Britney could be treated in history as a trailblazer in reforming conservatorship abuse and law. Aron has talked to many of his lawyer friends in other states and they think AB1194 would be a great sample bill for other states to emulate.

Aron is a fan of the clause that specifies that the conservatee is able to get their own counsel, even if they’re deemed incompetent. He calls it the “Britney clause”.  Britney’s court appointed counsel was given 3 million dollars over the time he was the attorney for the conservatorship and some years this lawyer made $500,000. The whole time, Britney just wanted her own lawyer and it would have saved her estate millions. Aron says, “the nature of the conservatorship is such a powerful legal entity, that the conservator legally actually becomes a conservatee.” Legally, the dad spoke for Britney and she had no voice whatsoever.

In addition to the Britney clause in AB 1194, conservators that don’t have a financial background like Jamie Spears, will have to go training and there will be regular checks on them to ensure there is no abuse like this. Both Aron and I agree this is a good thing.

For those without Britney’s wealth, like the average person, I asked if this causes extra burden and Aron said these abuses are “rampant” and it’s not newsworthy as many conservatees, who are low income, are regularly abused by conservators on, say, $100, which could mean a lot to someone in a lower income and asset bracket. These checks and balances would protect the average conservatee and he applauds these changes, as do I.

While November 12th is the judgment day, there are many twists and turns and anything could happen.  Aron says Jamie is either in “hot water or hot oil” and if we are looking at the current Las Vegas betting lines, the conservatorship will terminate and #FreeBritney fans will be celebrating on the street.

Marc Ang (marc@aib2b.org) is a community organizer in Southern California and the founder of Asian Industry B2B and President of the Chinese American Citizens Alliance in Orange County. His book “Minority Retort” will be released in late 2021.