Beverly Hills, CA (The Hollywood Times) 9/5/19 – ‘Tis the glorious season of Sports! The FOX network and celebrity analysts took to the stage to discuss the HUGE weekend line-ups beginning in September that will cover not just Football, but sports like Baseball, and the historical WWE!

The new and incredible FOX sports family is comprised of former football extraordinaire Reggie Bush, WWE’s very own Charlotte Flair, former college football star Joel Klatt, and well known sportscaster Kevin Burkhardt. Hosted by Charissa Thompson, Many of the aforementioned analysts spoke to the press and fans about having close ties on and off the field, and how these relationships only add to the authenticity that viewers should expect during the Big Noon kickoff. Bush describes, “I’m excited to be able to work with a great group of guys, obviously this guy sitting right next to me, as well as Joel Klatt […] I’ve had a relationship with FOX going back to when I was in college, we would come on and do “The Best Damn Sports Show. […] the relationship for me and FOX, that goes back a long ways, and so I couldn’t be more excited, more happy to be with a great network, a great group of people, and just the environment. Just the environment at FOX, it’s fun, there’s never a dull moment, and that just makes the workplace that much more fun.” 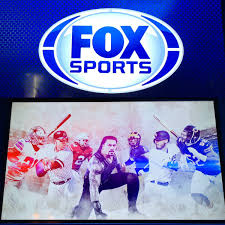 Truly something that has never been done before, the innovative network that is FOX has decided to include wrestling to the sports mix! Daughter of the illustrious Ric Flair, Charlotte Flair expresses sheer excitement to have been provided a seat in the ring and at the table! Flair expresses, “ WWE is excited to be a part of this talented sports obsessed network team, and for me as a woman, with the females moving the needle in the WWE and having the opportunity to take the women’s evolution from cable television to broadcast television and this message that we have been sending the last two years, is so much bigger than what we do at WWE. It’s worldwide. And I know how loyal our fan base is, and to have it from 80 million homes to 100 million homes is going to be huge; […] whether it’s a football game, promoting SummerSlam this Sunday, it’s going to be huge.”

In spite of having several sports to cover during the upcoming Fox fall weekends, college football seems to have won-over many hearts across the globe and acts as more than just a sport, but a strong sense of sweet nostalgia. There’s some sort of family element to it that’s just so tangible for everybody. By way of reminiscing, Joel Klatt says, “[Everybody here] that went to a college that has major football, you [still feel], for your entire life, a part of it. It’s a part of the fabric of who you are. It was your formative years, and those colors. Those Saturdays, if you went to the game, they were so important to you, and you can never have that with a professional team. You can be a die hard fan of a professional team, but you are never going to be a part of that organization like you do your school.”  A beautiful description of the sentimental value that FOX plans on giving college football enthusiasts and beyond on September 6th; be sure to check local listings and tune in to the biggest season of sports!