“With so much programming, big wins are simply going to be harder to come by. And the metrics for success are going to be different for everybody.” Dana Walden

Chairman and CEO of the Fox Television Group, Dana Walden.

Beverly Hills, CA (The Hollywood Times) 8/9/27 – After a robust ‘turn of the century’ run as challenger to the supremacy of the big three networks, FOX has again returned to also ran status. CBS, NBC, ABC  are back in the saddle again, but FOX retains some cache’ as number one network provider of adult oriented animated comedy (i.e. Family Guy, The Simpsons) and can also boast a healthy infusion of NFL revenue.

Walden’s opening statement was a hard sell on her new pet project, The Four. Walden isn’t the first network head to covet the mega-success of NBC monolith The Voice. So, it’s understandable that she got down to business extolling the virtues of Fox’s new reality/ singing competition The Four;  a show where underachieving competitors are shown the door before air time and The Four represent the cream of the finals crop trying to stay atop the hill. However, Walden made no mention of the judge line-up; a component that remains key to the success of The Voice and other similar competition shows. Why this was the big rollout news of the panel remains a mystery, as there were precious few details to announce. Dana Walden spoke to the scheduling of The Four.

DANA WALDEN:  “We’re not sure when we’re going to schedule it. It will be in 2018. We’re trying to get the show right. I don’t anticipate that we’ll put it up against The Voice  and American Idol because we really believe in this show. We’re not developing it to just try to create some noise in the same space.”

One of the knocks on The Voice is the fact that winning The Voice has been no guarantee of mainstream success. Walden talked about how The Four hopes to do things different.

“They’ll receive the ultimate prize for an aspiring artist. Our panel of judges will become their team, an elite team of star makers who will shepherd their career. That’s what’s at stake here. Real opportunity and real dreams fulfilled. THE FOUR will also bring a new level of interactivity to the experience.”

Walden of course has great hopes for the Wednesday night merger of franchise hit, Empire and up trending series Star – both music-biz dramas. Forest Whitaker has been added to the Empire cast. Apparently, the Oscar-winning actor can also sing and will do just that on Empire.  Walden states that multi-platforms seem to have boosted the fortunes of both series, which boast a youthful base viewership. Walden had hard numbers to share:

DANA WALDEN: “When we paired these shows in December, STAR clearly benefited from its proximity to EMPIRE and its large, passionate audience, more than 15 million viewers. Multiplatform reflects how our audience, which is the youngest of the big four, consumes our shows and the long tail of that content. 85% of our scripted series more than double their audience. LETHAL WEAPON grows to 12 million, THE MICK to 8 million, and BOB’S BURGERS more than quadruples to 9 million viewers. 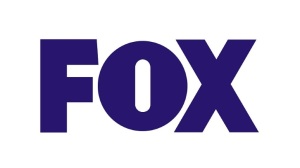 Additionally, we’re encouraged by consumption on our FOX NOW app, which has grown 200% over the past five years.”

In recent years FOX has shown a fondness for small-screening road tested musicals such as Grease and The Rocky Horror Picture Show.  In that spirit Fox is planning a small screen treatment of A Christmas Story and Rent.  Marc Platt (La La Land) will be helming both projects with major ‘behind the camera’ talent in the form of Oscar winning songwriting team of Pasek and Paul (La La Land) and eight time Tony nominated director Scott Ellis. SNL alum Maya Rudolph is slated to star in A Christmas Story.

Also hot off the boiler plate is procedural drama 9 1 1. Unique more for it’s personnel policy than its premise; Veteran actors  Angela Bassett and Peter Krause will be tasked with giving 9 1 1 the requisite ‘edge of your seat’ gravitas. Walden described the premise.

DANA WALDEN: “So our last programming highlight is 9 1 1, from creators Ryan Murphy and Brad Falchuk. It begins production next month. It’s a provocative procedural drama. Each story begins with the iconic sound of a call to 9 1 1. The caller may be in danger, in distress, or just delusional. And then, under those heightened circumstances, we’ll explore the lives of the first responders. In their previous series Nip/Tuck, the characters were informed by the question, ‘What don’t you like about yourself?’ In 9 1 1, that question is, ‘What is your emergency?’ Our stars is Angela Bassett, and I’m pleased to announce that her costar will be Peter Krause, the Emmy and Golden Globe nominated star of Six Feet Under and Parenthood.”

“9 1 1 will also allow us to expand our partnership with Ryan’s Half Foundation, which he launched through our studio about a year and a half ago. It aims to have half of all director slots on his shows filled by women, people of color, and members of the LGBT community. Ryan’s going to be here tomorrow during FX’s day to talk about it, but it’s been a real success with the shows on the cable side, and we’re looking forward to having him share his mission with other creators on the broadcast side.”

“And finally, throughout Press Tour, I’ve been reading a lot of stories questioning the state of broadcast, as well as our commitment to quality vis-a-vis cable and SVOD. I have a pretty unique vantage point. As most of you know, my partner, Gary, and I oversee a large studio along with FBC. We produce shows across the four broadcast networks, pay and basic cable, Netflix, and Hulu.

Here’s what I can tell you. The business is not easy for anyone. Netflix is starting to cancel shows, and we’ve seen cable networks shut down their scripted business. With so much programming, big wins are simply going to be harder to come by. And the metrics for success are going to be different for everybody. But qualitatively, I’d happily put the best of what we’re doing on broadcast alongside the best of our cable and SVOD.”