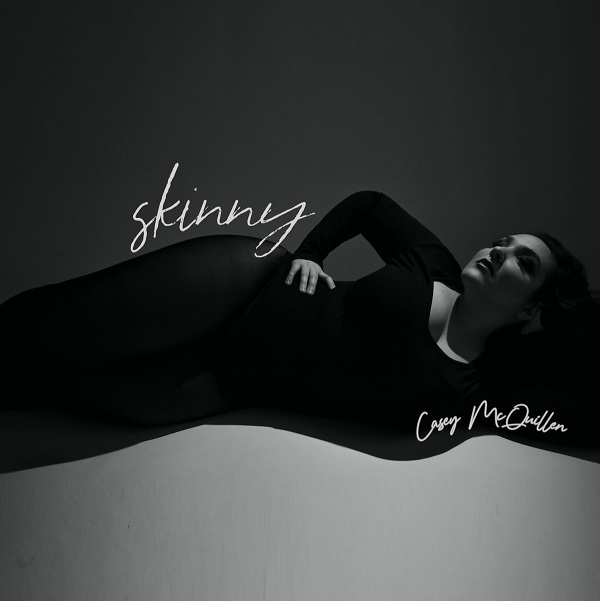 NEW YORK, (April 29, 2022) – American Idol star, activist and singer-songwriter Casey McQuillen has released her debut album, Skinny, available today on all major music platforms to coincide with the start of Mental Health Awareness Month. Casey just wrapped an amazing 23-city UK tour with British sensation James Morrison and has returned to the US to celebrate the album release and upcoming shows in New York (5/18), Boston (5/24), Los Angeles (6/1), and Nashville (6/10).

Casey McQuillen burst onto the scene wowing judges and millions of viewers on Season 13 of American Idol. Since then, the rising star has dedicated herself to the causes of anti-bullying, body positivity, and mental health advocacy. “Skinny“, the title track of her upcoming album and latest single, is deeply personal and relates to her own struggle with self-image. The song has been resonating with audiences on tour. In fact, Casey was recently quoted in UK’s Daily Star, saying “It’s been amazing! There have been specific instances where people are going through really difficult times in their lives, struggling with anorexia, bulimia and these heavy topics.” She added: “These people have been affected by the song. It’s an unbelievable honor to have the ability to possibly make an impact on somebody’s mental health journey. It means the world to me.”

Prior to the pandemic, Casey toured the US and Europe, headlining her own shows and supporting talented singer-songwriters, including Stephen Kellogg, Kate Voegele, Tyler Hilton, Clark Beckham, David Ryan Harris, Eric Hutchinson, and Nick Howard. In 2018, Casey founded the “You Matter” Tour, an interactive anti-bullying, assembly show that she’s performed to over 40,000 middle and high school students at 100+ schools in the US and Europe. The tour has been recognized by the UN Foundation and GLAAD and featured on The Kelly Clarkson Show.